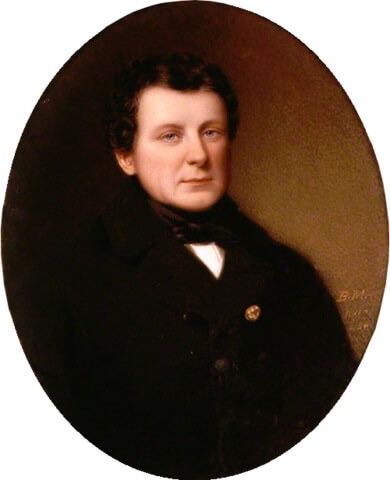 Daniel O’Connell, pacifist champion of Catholic emancipation and of all Ireland’s troubles, was hailed in his day as “liberator” of his “most distressful country”.

Free Trade
In the battles for the “under dog” against the “top dogs”, O’Connell found himself brothers in arms, with Richard Cobden joined in fierce hostility to Peel, the conservative pillar of the ruling classes.

Sir Robert Peel was a keyman in the English Tory government of 1828.

By the next year, however, the threat of civil war had generated enough steam to blow through his traditional opposition to Catholicism, and he put through a Bill for Catholic Emancipation.

Protestant Oxford saw to it that he had lost his seat.

Corn law
Back in 1843 as Prime Minister, convinced at last by Cobden’s arguments, he repealed the Corn Law.

He fell from power immediately, and never regained it. Denounced as twice traitor to his party, he replied that he preferred the general interests of the community to those of party.

The Irish certainly gave North Melbourne something to live up to when they hoisted their green banner at its front door, and named O’Connell Street North Melbourne in honour of Daniel O’Connell.(1)