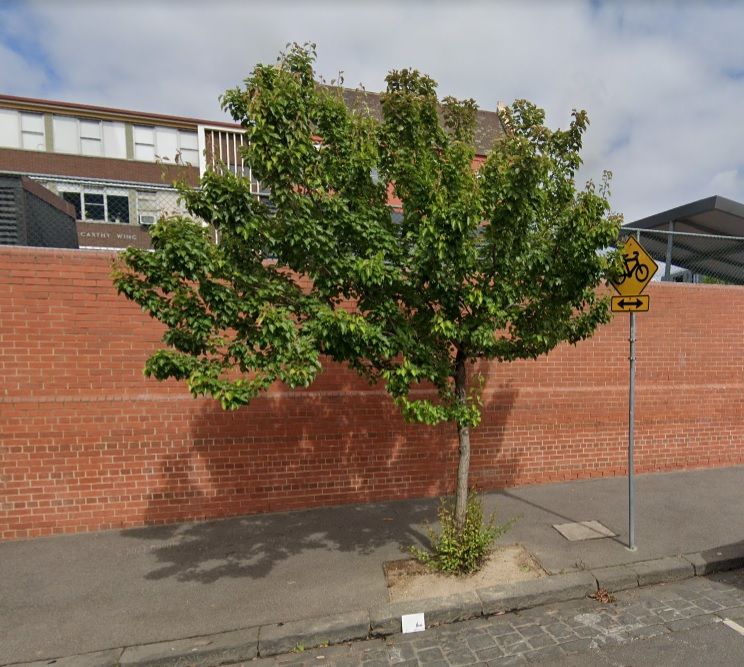 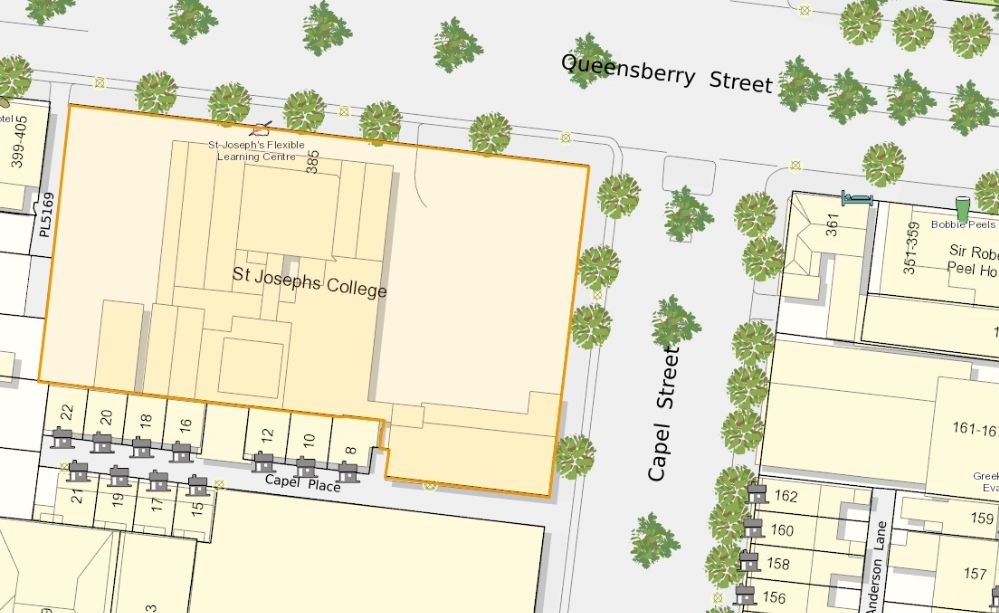 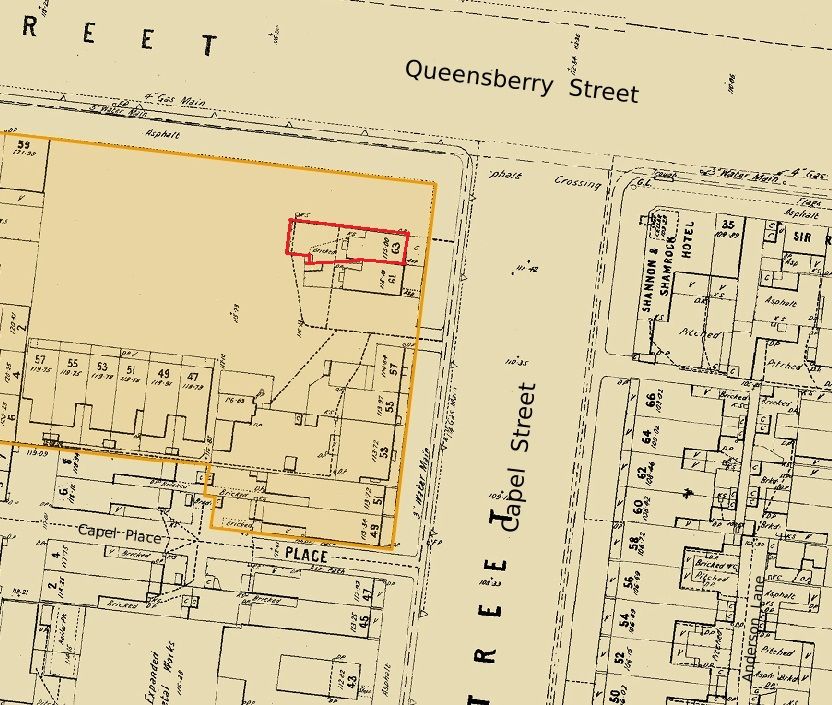 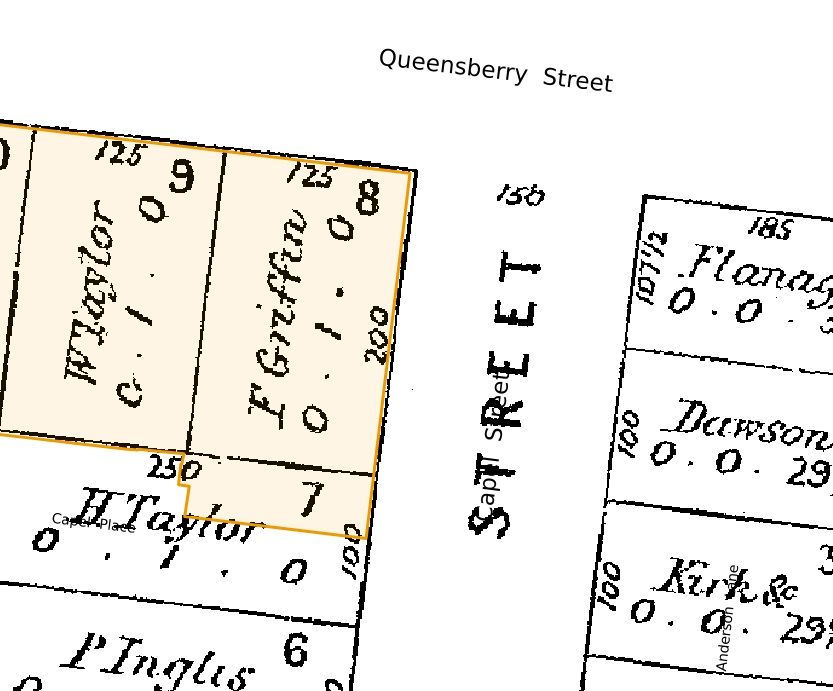 1892. Fire in Melbourne.
Melbourne, Monday. — The grocery shop of Mr. W. Brown, corner of Capel and Queensberry streets, was burnt down this morning. The water supply was very poor, and this considerably hampered the firemen in their efforts. The fire was got under after the firemen had
been continuously engaged for nearly two hours. When the fire was extinguished it was found that the shop with its contents, a
stock of groceries, &c., and a three-roomed dwelling attached, had been totally destroyed. The fire spread to some adjoining houses
on each Bide of the shop in Capel and Queeneberry streets. A three-roomed dwelling, 63 Capel-street, of wood and iron, occupied by W. Hill, was severely damaged, and the furniture was also injured greatly by fire and water. The house, 61 Capel-street, three-roomed,
occupied by C. Kernane, had the roof slightly damaged by fire. A three-roomed dwelling, 41 Queensberry-street, occupied by C.
M’Auley, was considerably damaged by fire. The furniture in this house was greatly damaged by fire, smoke, and water. None of the three houses mentioned, or their contents, were insured. It is not yet known whether the grocery shop, the three-roomed dwelling house, and the stock were insured.
http://nla.gov.au/nla.news-article112602385

Emigrated: George Holt Miller dissolved his business partnership with Joseph Royal in 1859 and moved his family to New Zealand after 1862.

Children of George and Helen Miller:

Deaths: Sarah Ann Miller died at 22 years of age during childbirth in 1853 in Melbourne.[12] George Holt Miller died in 1883 and Helen in 1875, both in Nelson New Zealand. Margaret Julia Miller, his third wife died in 1936 in Wanganui New Zealand.

source: the Miller family of NZ. 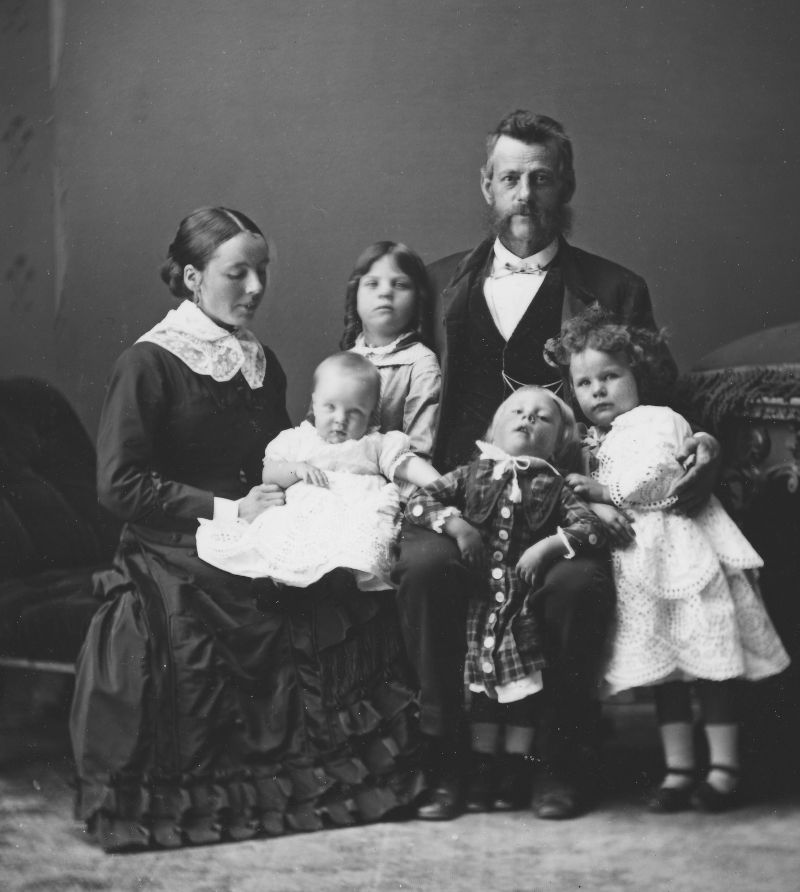 Last house on the corner of Capel and Queensberry Streets was home to George Holt Miller and his family. 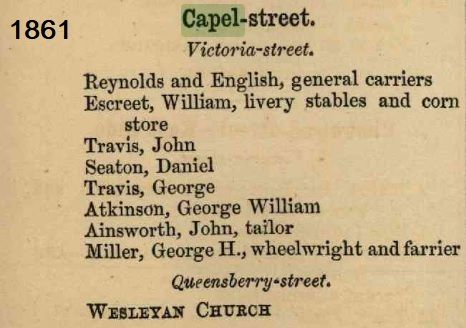 Residents first began living on Capel Street as early as 1854, six years earlier than the name was officially documented in the Government gazette.[1]

The first institution of significance constructed opposite Capel Street occurred in 1842 on the corner of Elizabeth and Victoria Streets, North Melbourne known as the Cattle Yard.[2]

The first mention of Capel-street in the Argus, August 24th, 1854, was an advertisement was placed by George Holt Miller, master Wheelwright and Blacksmith[3] of Capel-street North Melbourne. His home and place of work faced Melbourne’s first Cattle Yards. He was advertising two superior Scotch built Whitechapel Carts which would be the equivalent of today’s two door topless sportscars. 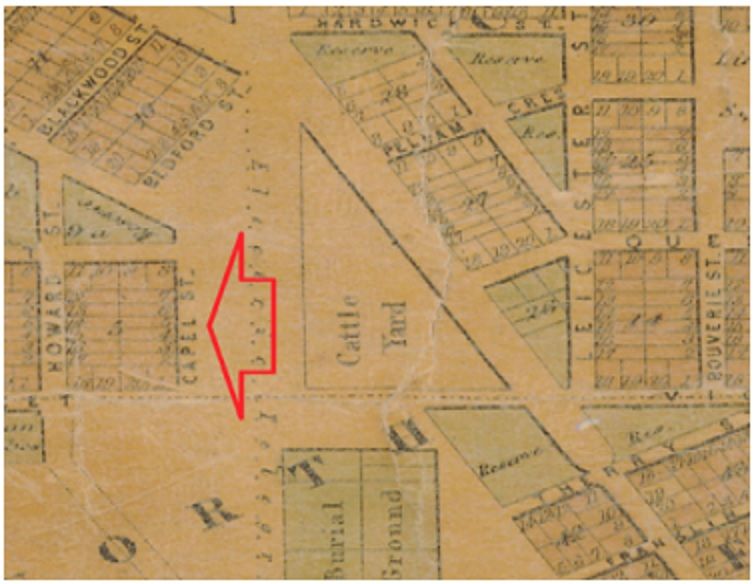