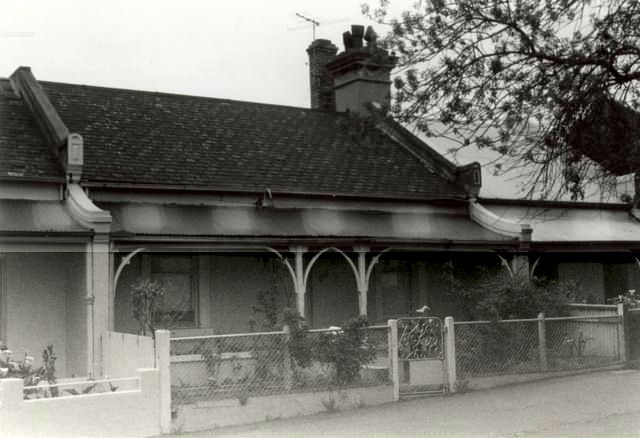 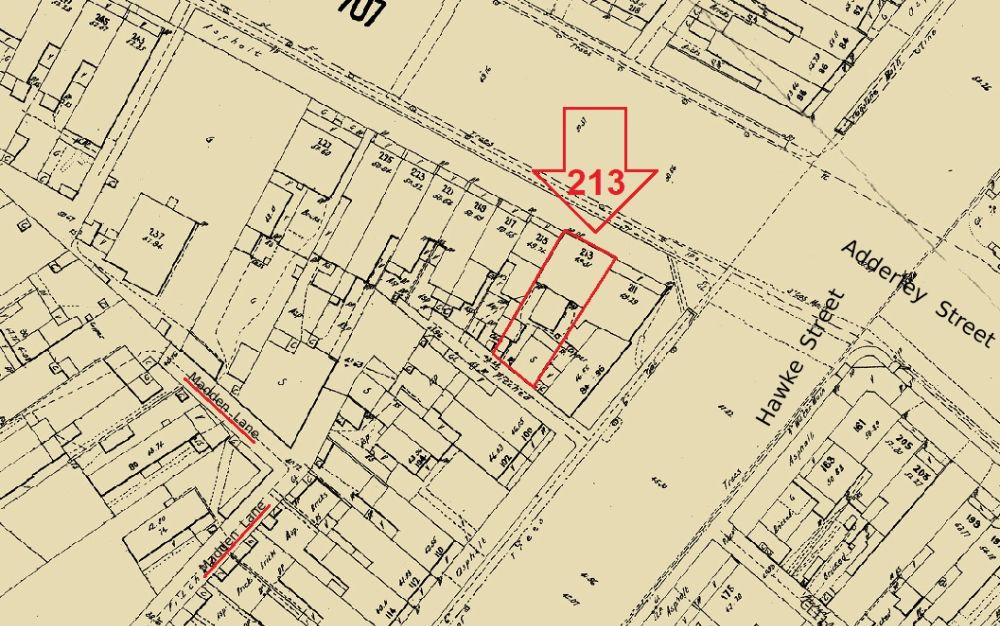 The Madden’s of West Melbourne – Timothy and Mary  Madden

According to information from the Melbourne Directory, by 1855 Timothy had bought a property in the western end of Little Collins Street at number 118 about the middle between William and King streets on the south side. This would have been quite a busy location as he had a hotel, a merchant and a grocer as next door neighbours. Also, at number 110 were McCracken’s City Brewers whose front entrance was actually on Collins Street.

By the late 1880s McCracken’s had expanded to take up more land in the block (and perhaps had even engulfed Timothy’s property by then?) And, on the corner of William Street was St James Cathedral which was ultimately dwarfed by the brewery. Timothy gave his occupation as carter and so may have chosen this location for the proximity to the port and warehouses although McCracken’s would have needed carters too. As the gold rush gathered pace the port of Melbourne would have become a very industrious place with plenty of work to be found.

Timothy and Mary had three more children; Timothy (1851), Patrick (1852) and Margaret(1853) but lost both baby boys. Not too surprising considering the unsanitary conditions Melburnians lived in at the time. By 1866 Timothy now in his late 50s was no longer working as a carter but instead was running a general store from his house in Little Collins Street, which was described in the rates as a brick shop with four rooms. Sometime around 1880 Timothy and Mary with their youngest daughter Margaret moved to 4 Ennis Terrace, off Park Street, Lt Lonsdale Street West. (There were a couple of short alleys in Park Street which may have been what was meant by “off”). Perhaps their health was failing or perhaps they couldn’t stand the smell of the brewery any more and after about 25 years in Lt Collins Street they decided to sell up and move elsewhere.

In 1862 on the 8th June Denis married Margaret Condon at St Francis Catholic church in Melbourne. Margaret had emigrated to Melbourne at age 12 on the ship Medway in 1853 with her parents Michael and Hanora, sisters Ellen and Johanna and brother Michael. (Another brother Patrick was not on the shipping record.)

The family was from Thurles in Tipperary. In 1870 there was a Michael Condon living in Victoria Lane off Bourke St, West who worked as a cow keeper. This may have been Margaret’s father or her brother Michael who was ten years older than her. Victoria Lane ran between Bourke and Little Collins Streets (now just a walkway) and at the intersection with Little Collins was very close to the Madden’s residence.

Family folklore tells that Margaret’s father “kicked her out” when she got married. This seems a bit strange considering that Margaret and Denis named two of their first children after her parents and the families were both Irish Catholics from Tipperary. Perhaps the disagreement was short lived. At the time of their marriage Denis was 24 and Margaret 20.

It seems like Denis followed his father’s occupation of carting. Perhaps he had been working with his father in the business since he had arrived as a 12 year old. It’s unlikely that he went to school in Australia as he was illiterate through his life. In 1866 Denis and Margaret were living at 140 Lt Lansdale Street, West and as this was an area full of boarding houses they were probably tenants. In 1867 Denis and Margaret were living in 213 Adderley St, West Melbourne where they and their descendants were to live for over 100 years.

From about this time West Melbourne was home for thousands who were Victoria Railway workers, wharf workers and drivers needed to move and store wheat and wool. Industry then was mainly metal works, agriculture, transport and gold mining.

‘Its a Long Way from Tipperary; The Story of a Branch of the Madden Family in Australia’ by Jane Madden, 19th October 2001.

Every effort has been made to find the copy write holder, please contact the Hotham History Project if you are the author or know them. 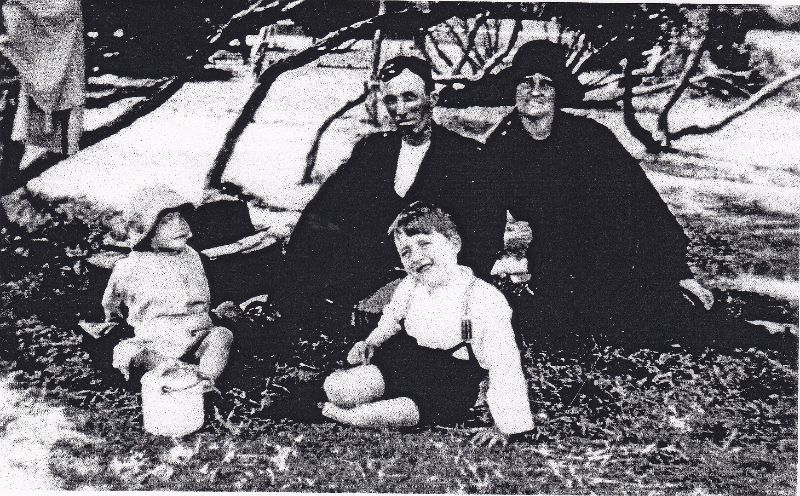