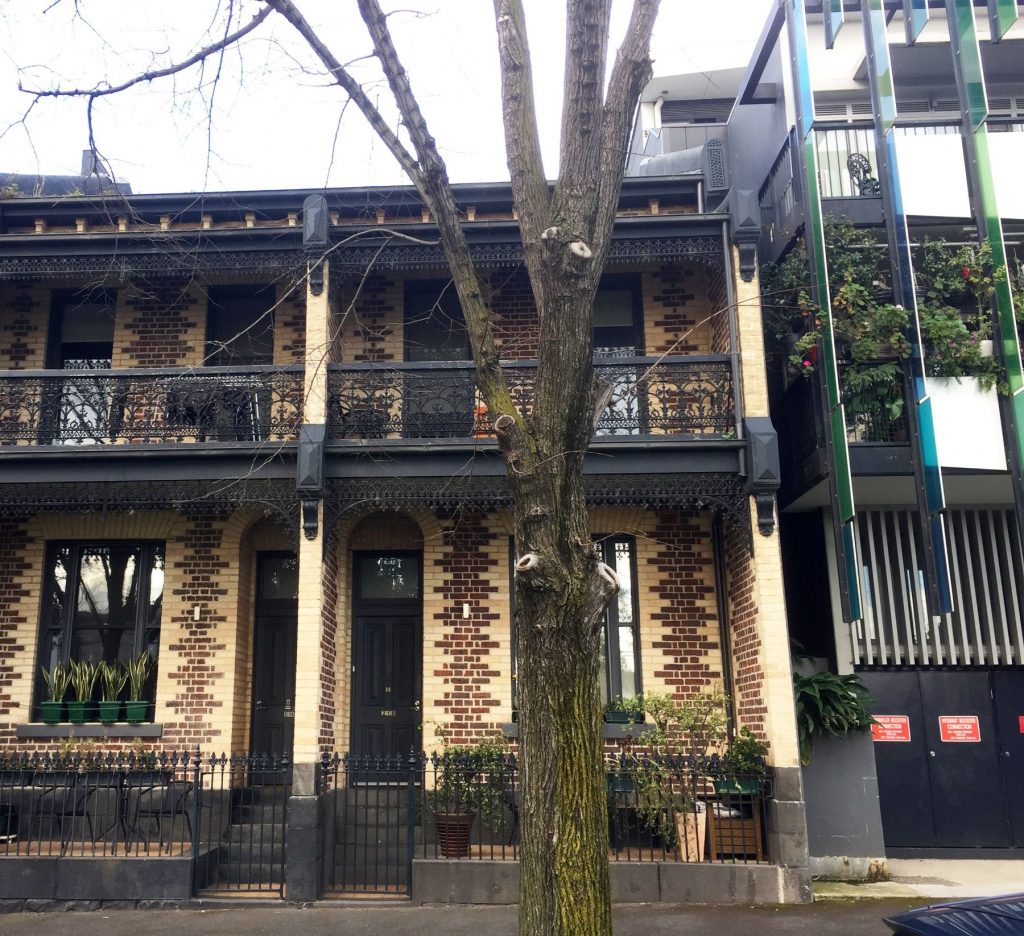 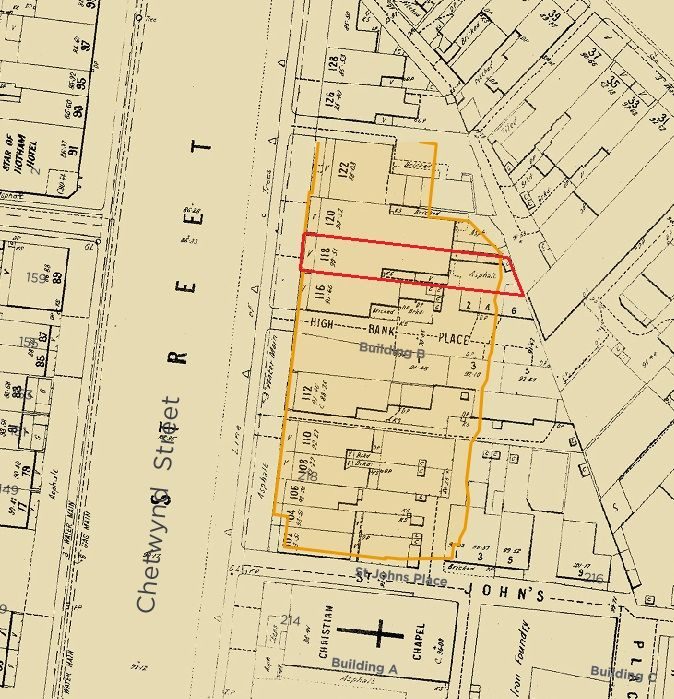 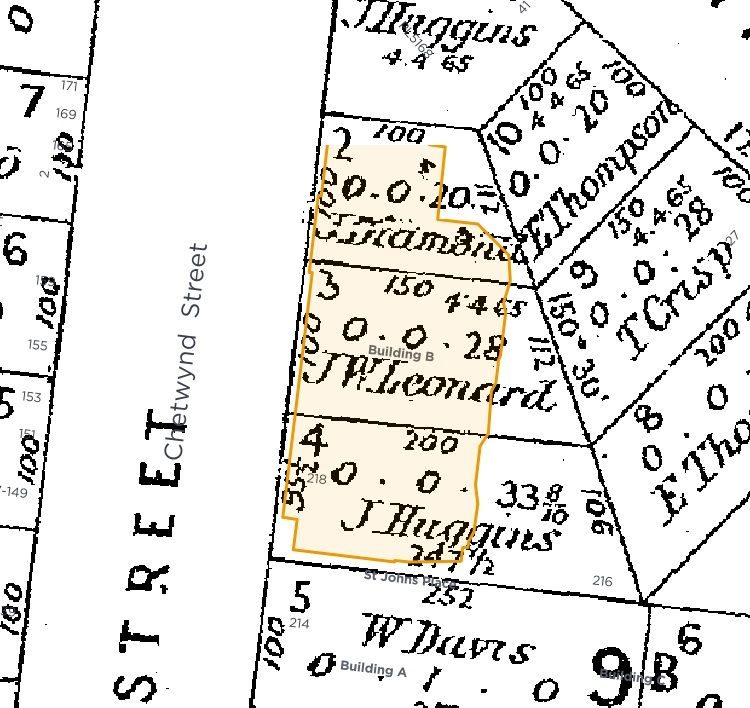 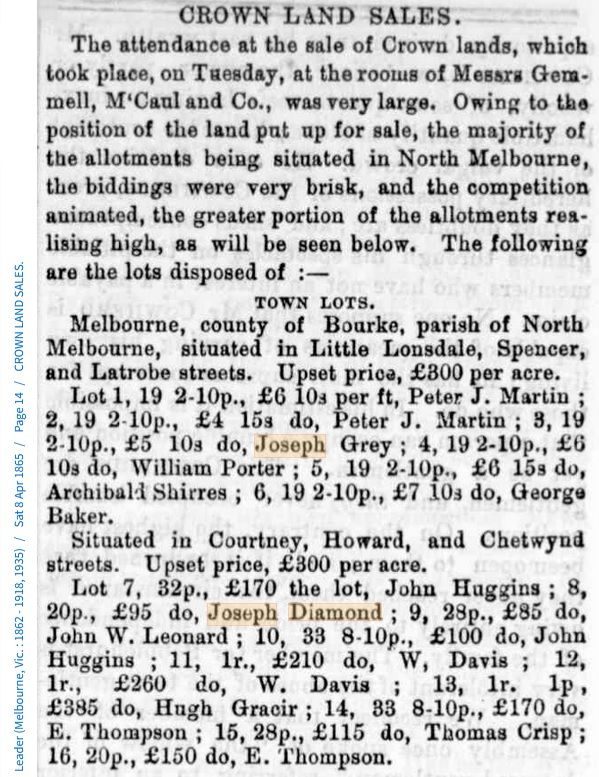 DARING OUTRAGE IN ROYAL PARK. |
ATTACK ON AN INVALID.
Mr. Alexander M. Braid, commercial traveler of 118 Chetwynd-street, North Melbourne, was the victim of assault and attempted robbery in the Royal Park yesterday afternoon. He was lying on the grass, near Gatehouse-street, reading a book when three men approached. One of them struck him a violent blow on the jaw, saying, “What did you call out to me for?” Mr. Braid denied having called out. He is in a delicate state of health and was so much stunned by the blow that he only dimly remembers being struck by the other men, one of whom demanded money, and searched his pockets, without finding any. The police are hopeful of arresting the offenders.
http://nla.gov.au/nla.news-article196058769 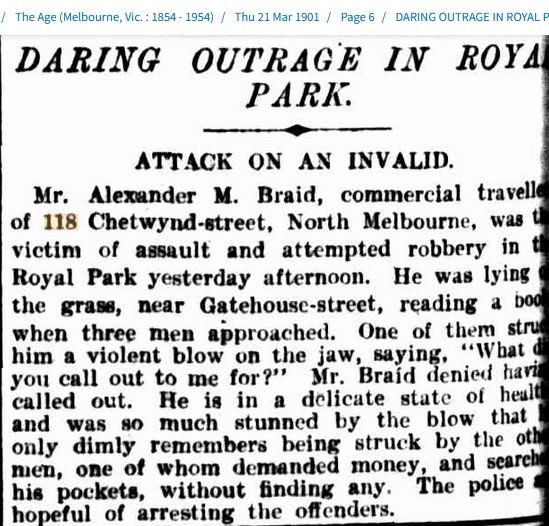