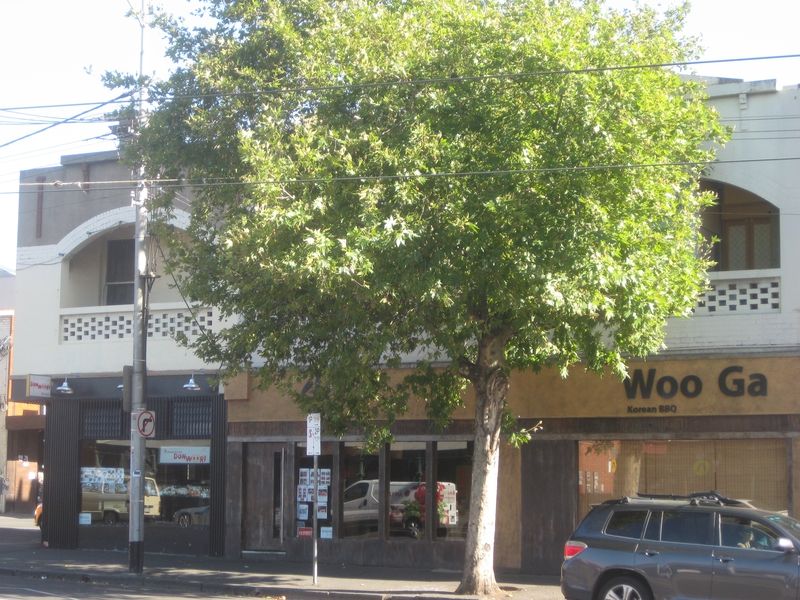 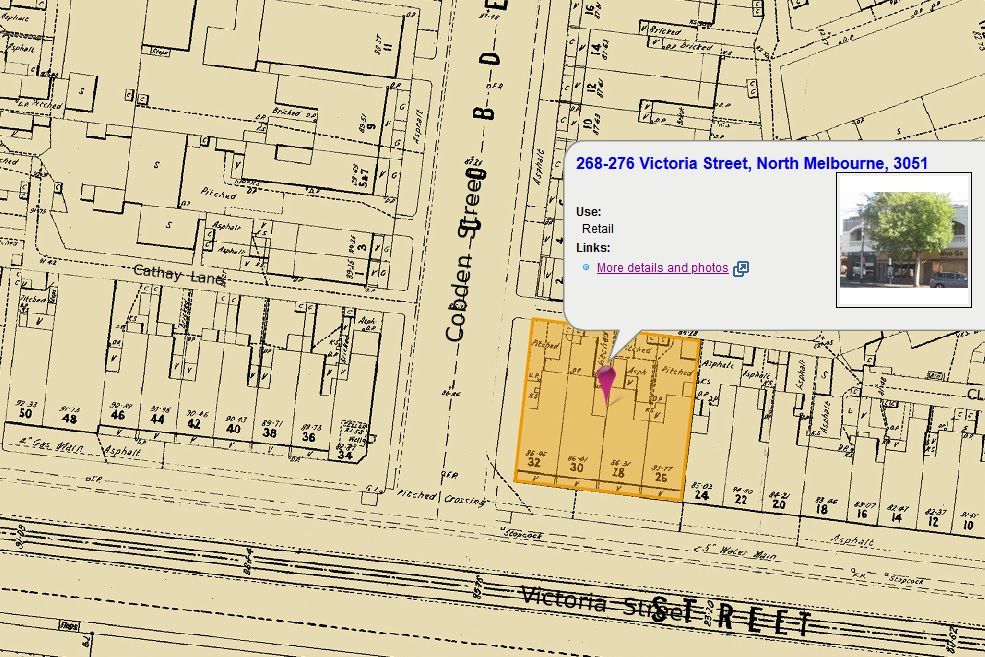 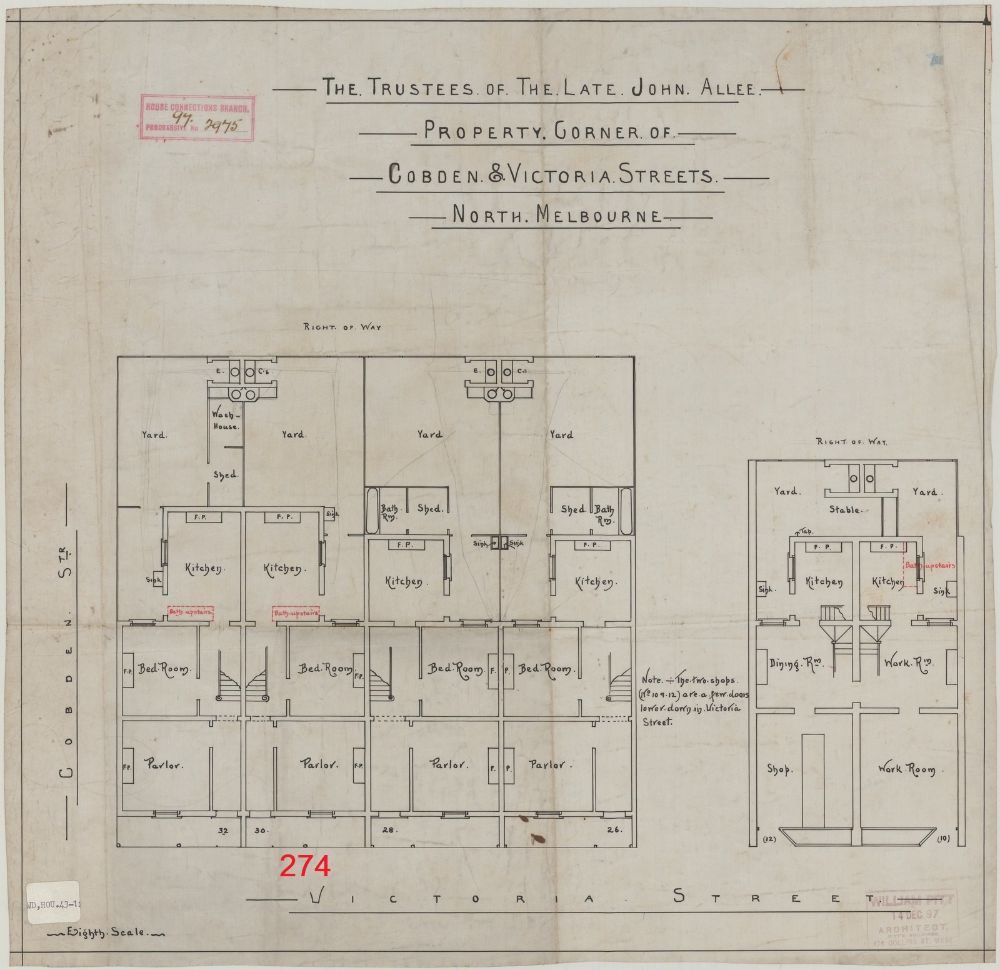 The front of these buildings have been altered over the years, however those changes could easily be undone and architect, William Pitt’s original design could easily be fully restored.

Migrants’ Son is New Rhodes Scholar
James Augustine Gobbo, 20, the son of an Italian migrant, was yesterday awarded the Rhodes Scholarship for 1952.
Mr. Gobbo Is completing his third year In the faculty of arts at the University and is taking honors in history. His father came to Australia from Italy in 1927, and began a day-and-night cafe at the Victoria Market. He set up home in Grattan-street, Carlton. His wife followed in 1928 and his second son, James, was born in 1931. James Gobbo is one of the most brilliant students the Melbourne University has known for many years. He and his elder brother are the only two members of the family who speak fluent English. He won first-class honors in his first year, won the Boothby exhibition in British history, and won first-class honors in ancient history. In his second year he again won first-class honors in history, and was awarded the Gyles Turner prize for Australasian history. A keen sportsman. Mr. Gobbo is a member of the University rowing eight and has rowed regularly for Newman College.
He was educated at St Joseph’s College and Xavier College, and has since been a resident at Newman. His mother said last night: “It is a very great honor for my family. James has always been the clever one.”
Mr. Gobbo was training with the University crew when the award was announced. Afterwards he spent a quiet evening
with his family. With the Rhodes scholarship he will continue his work on history and make a secondary study of law. 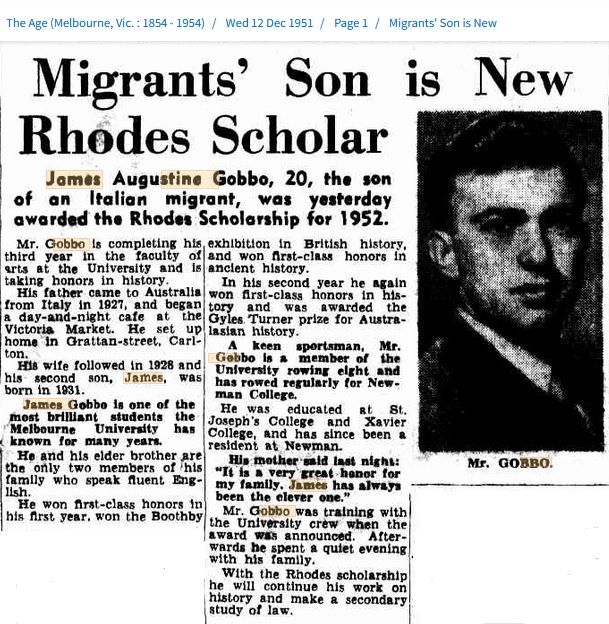 Son of Antonio and Regina Gobbo, Sir James Gobbo was appointed to the Supreme Court of Victoria in 1978 and was knighted in 1982 for his services to the community. His continued contribution to the law, multicultural affairs and hospitals was recognised in 1993 when he was awarded the Companion of the Order of Australia. 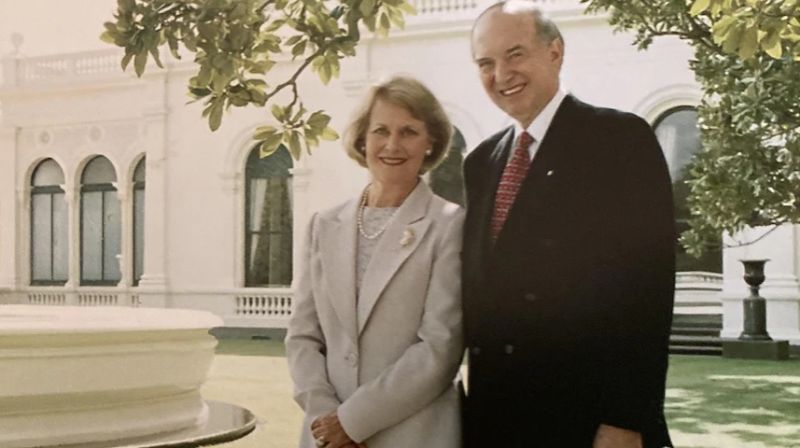