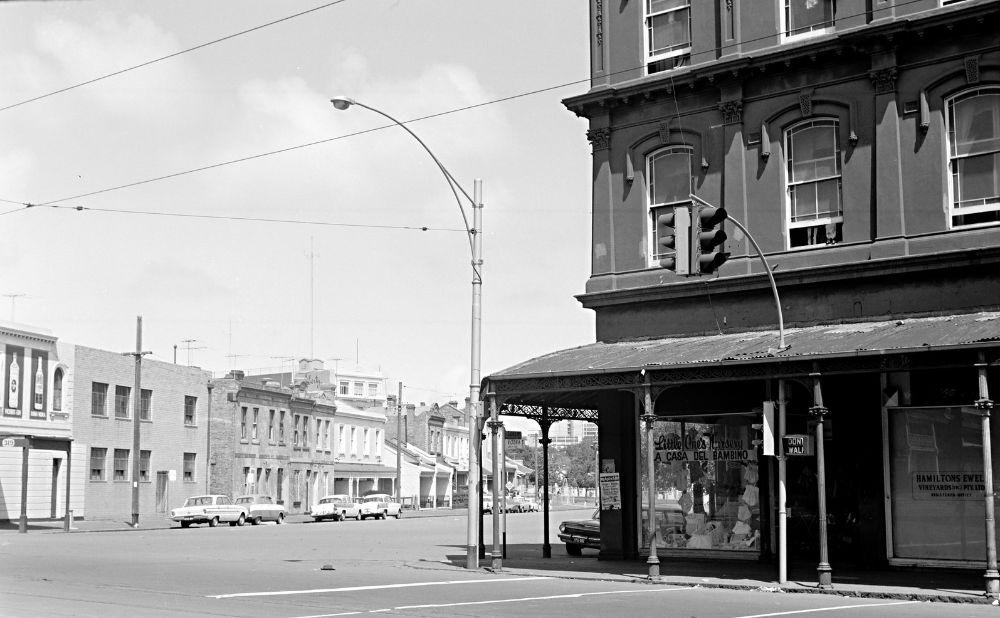 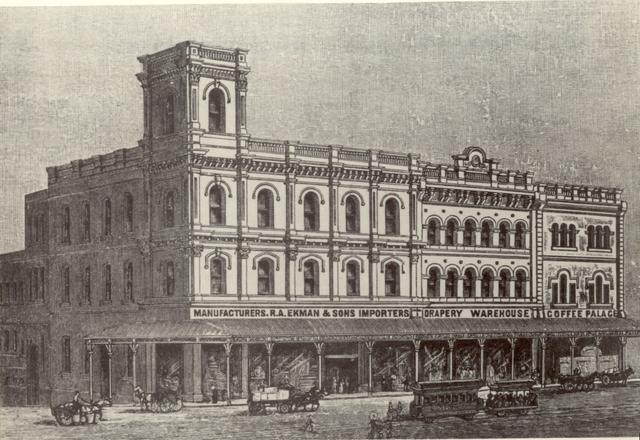 Image held by North Melbourne Library. Possibly from an illustrated magazine. Ekman’s importers, drapers and coffee palace was located on the corner of Victoria and Roden Streets in West Melbourne. It became a guest house and was scheduled for demolition in the 1970s before being burnt down. 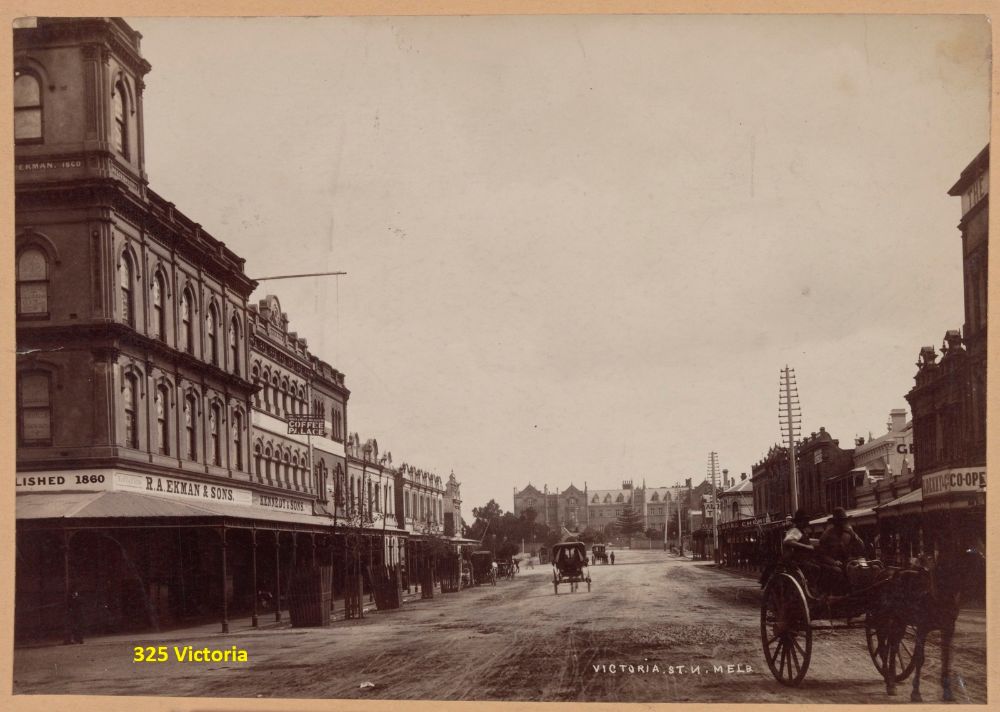 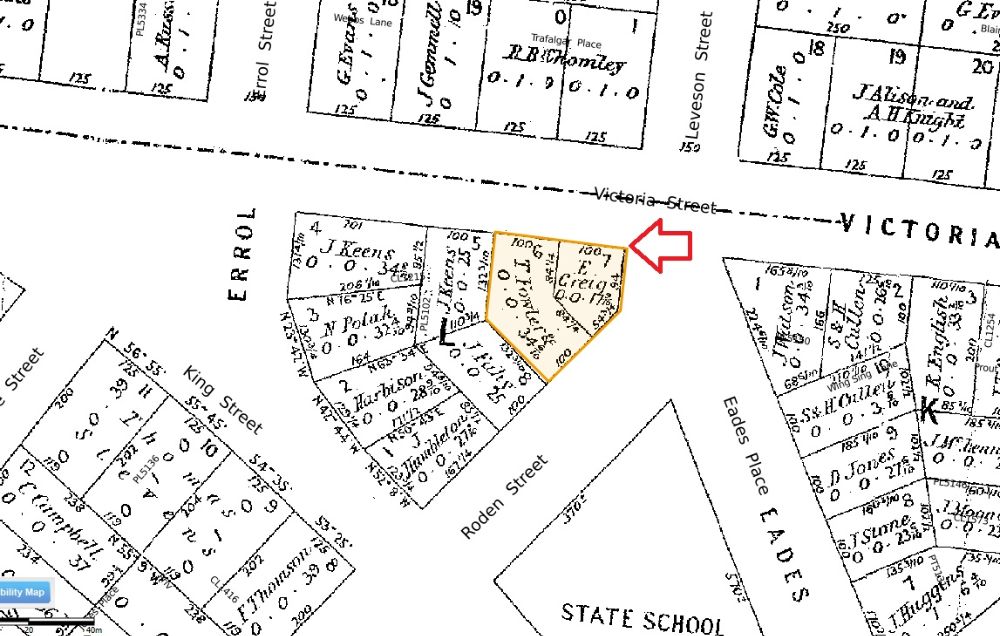 Other significant building works carried out by Robert Lemon. 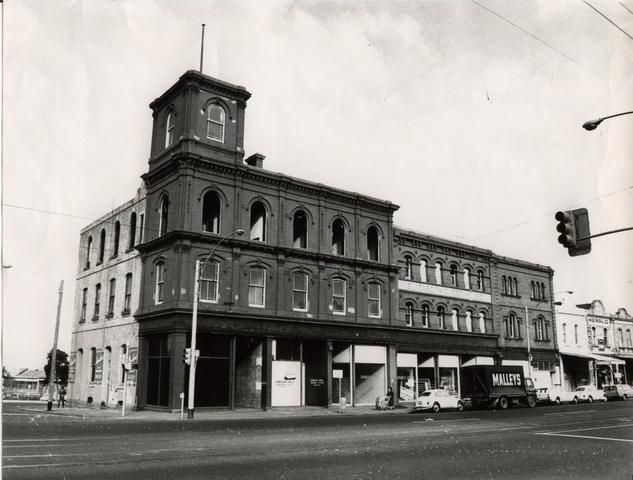 This image was taken c 1972. Around this time the building was to be demolished but was burnt down in fairly suspicious circumstances.

The site is currently owned by Melbourne City Council and used as a public car park. 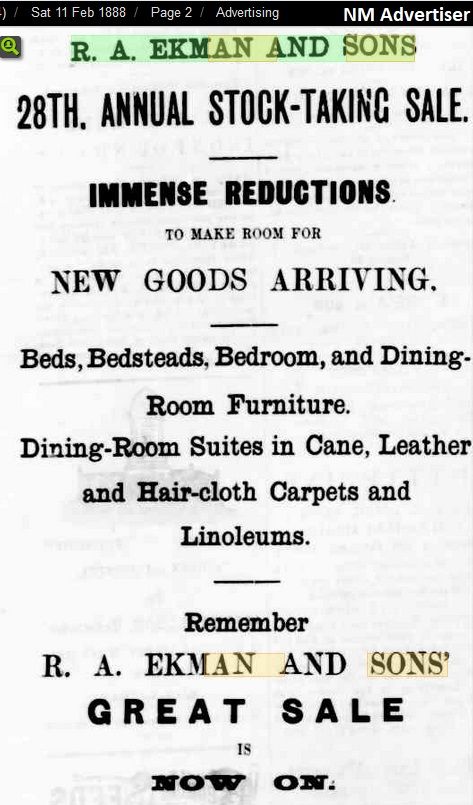 Mr. Reinhold Alexander Ekman was baptised in Stockholm Sweden on the 5th of May 1833.

He emigrated to the Port Phillip district sometime before marrying his wife Bridget Mary Hogan in 1861.

Bridget Mary Hogan is believed to have arrived onboard the ship “Ocean Home” that sailed from Liverpool England in August 1860 with 264 government assisted, female immigrants from Ireland. Bridget was listed in the ship’s records, being 21 years of age, a servant.

There was a Mary Hogan baptised in Kilcommon, Tipperary, Ireland on the 14th of July 1840 to parents Patrick Hogan and Johanna Kennedy from Irish records. Bridget Mary Ekman nee Hogan’s record at death in 1920 only stated her mother’s name as Johanna, it is believed the above were her birth parents.

At that time the colony expanded from the enormous wealth created during the Victorian Gold Rush. Reinhold’s business prospered to such an extent that he contracted the architectural services of Mr. J. G. Jowett, to design a flagship 3-story furniture factory, drapery warehouse, coffee palace and retail store on the corner of Victoria & Roden Streets in West Melbourne in July 1886.

One might say Ekman was the “Harvey Norman” of his day.

The builder was Mr. Robert Lemon of Barry Street Carlton.

Reinhold and Bridget Ekman had seven children in Melbourne.