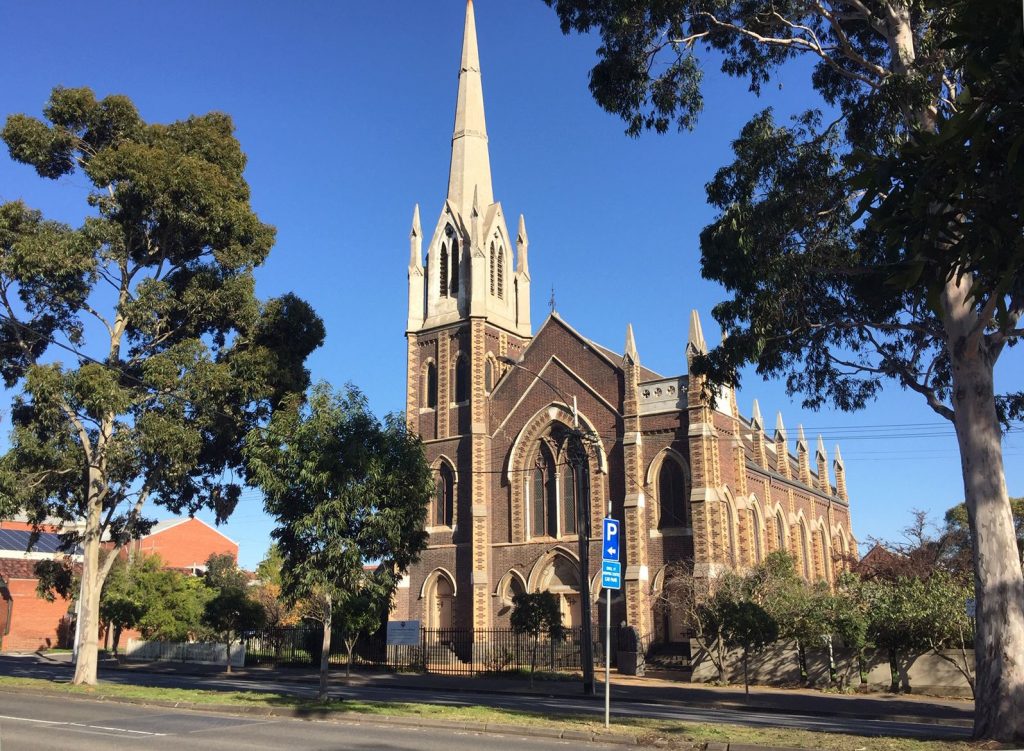 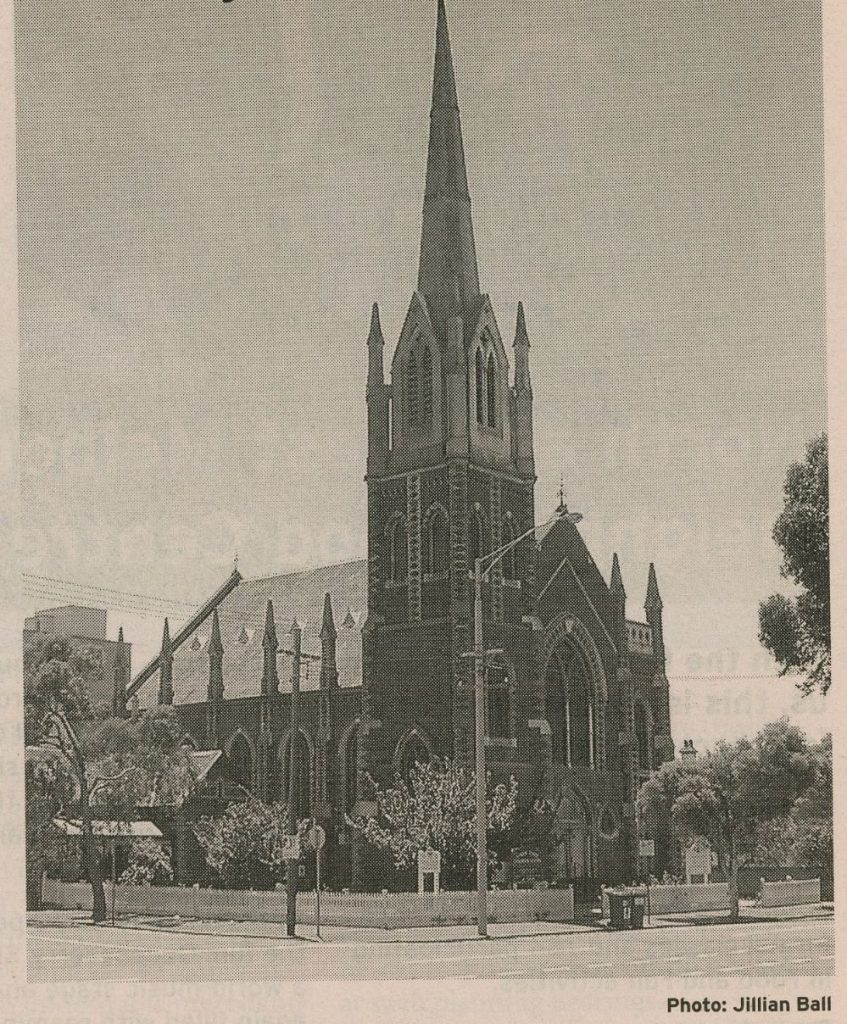 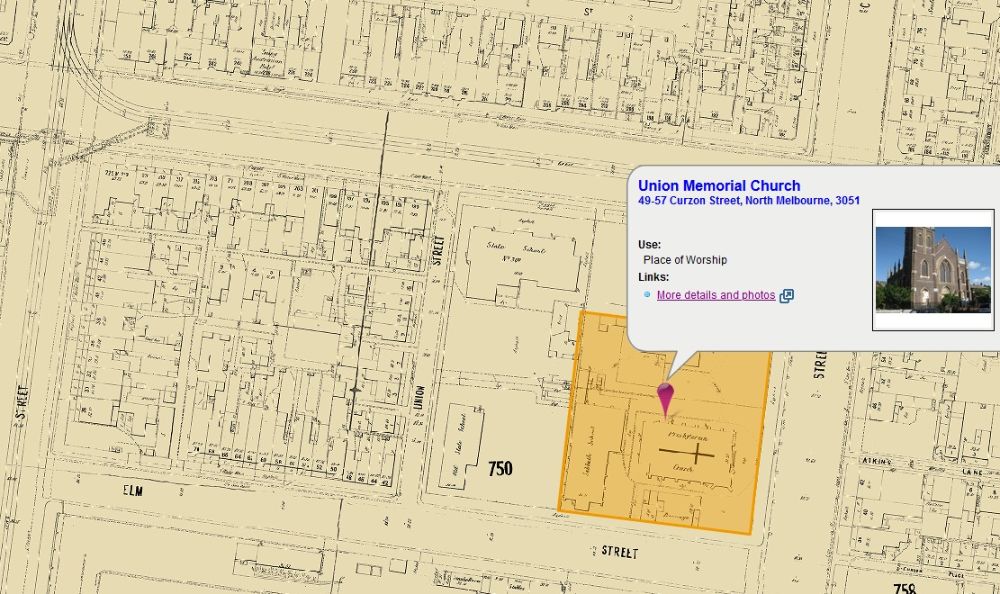 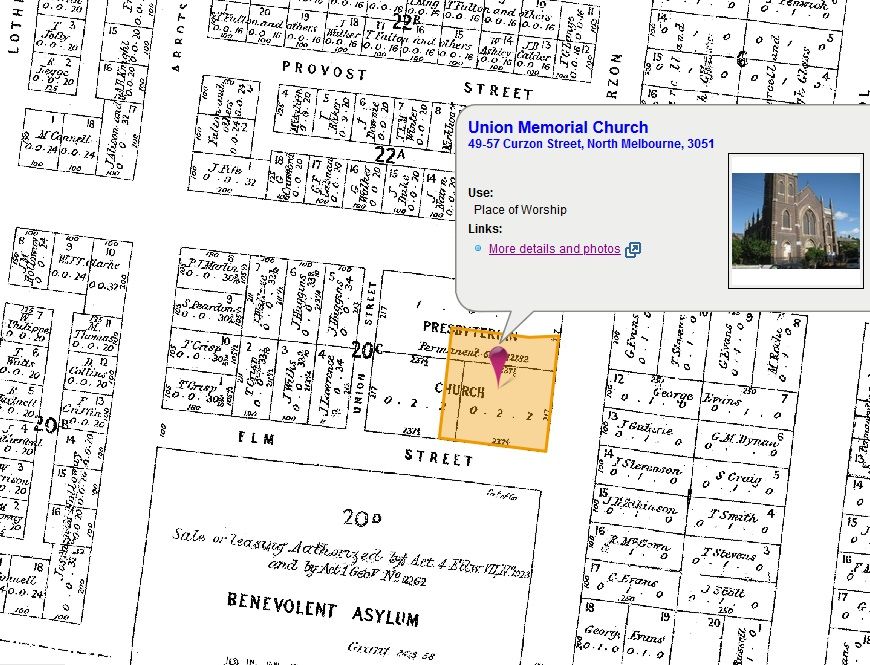 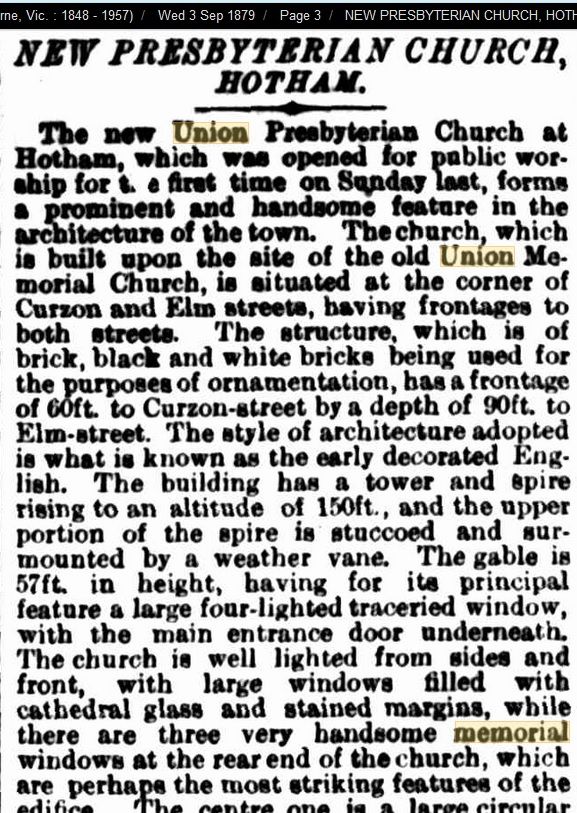 A number of earlier church buildings occupied the site up until 1878. Competitive designs were called, architect Evander McIver and builder James Thurgood were chosen to build a larger church for the Union Memorial Church congregation.

Significant building status, the original foundation stone was laid by Sir Henry Barkly in 1859 and a memorial stone for the current church laid by Mr. James MacBain, M.L.A. on the 14/1/1879 in the presence of many spectators.

The church is a di-chrome brick building in the Gothic revival style. It has an asymmetrically placed brick tower and stuccoed spire. Internally the church has a gallery supported on cast iron columns with decorative cast iron panel railing.

Local craftsmen Ferguson and Urie made the stained-glass windows. The Union Memorial Church building is of architectural importance as it epitomises a substantial Presbyterian church built in the latter half of the nineteenth century with its galleries on three sides.

The nature of the meeting-house type of interior used by the Congregationalists, Methodists and Presbyterians can be fully appreciated in this church. This church is probably architect Evander McIver’s best surviving work.

The di-chrome brickwork, interior gallery, stairs and stained glass are just four of the notable features. The church hall is of architectural significance for the notable large exposed timber trusses.

The spire and imposing exterior of the church along with the intact manse, rear hall, parsonage and cottages results in a complex of aesthetic significance, which is a landmark in North Melbourne. 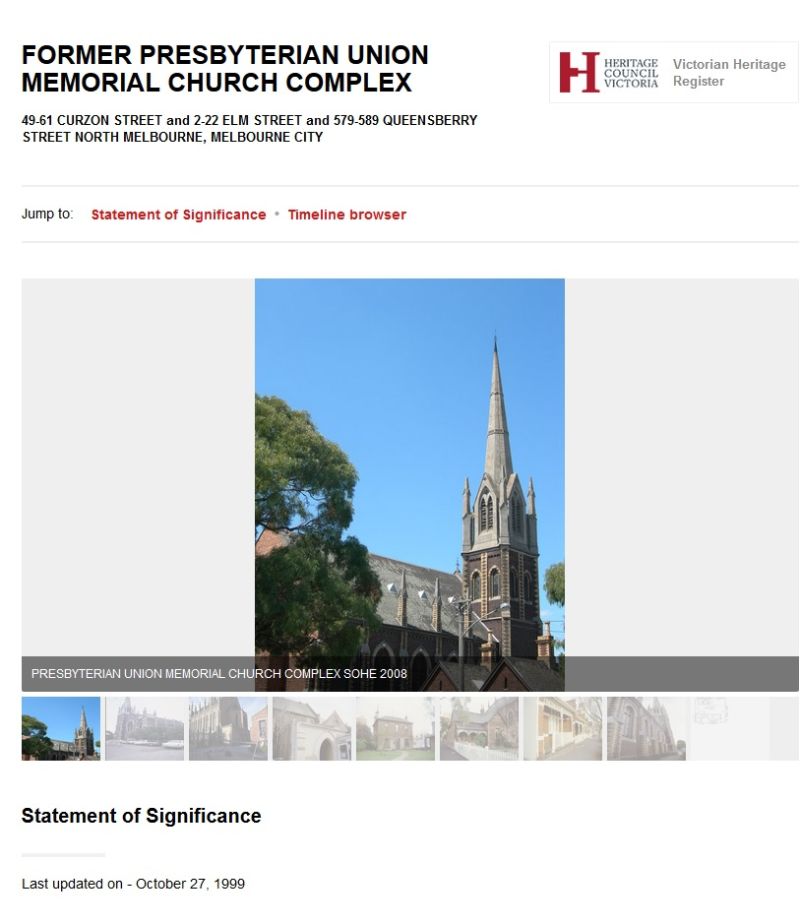