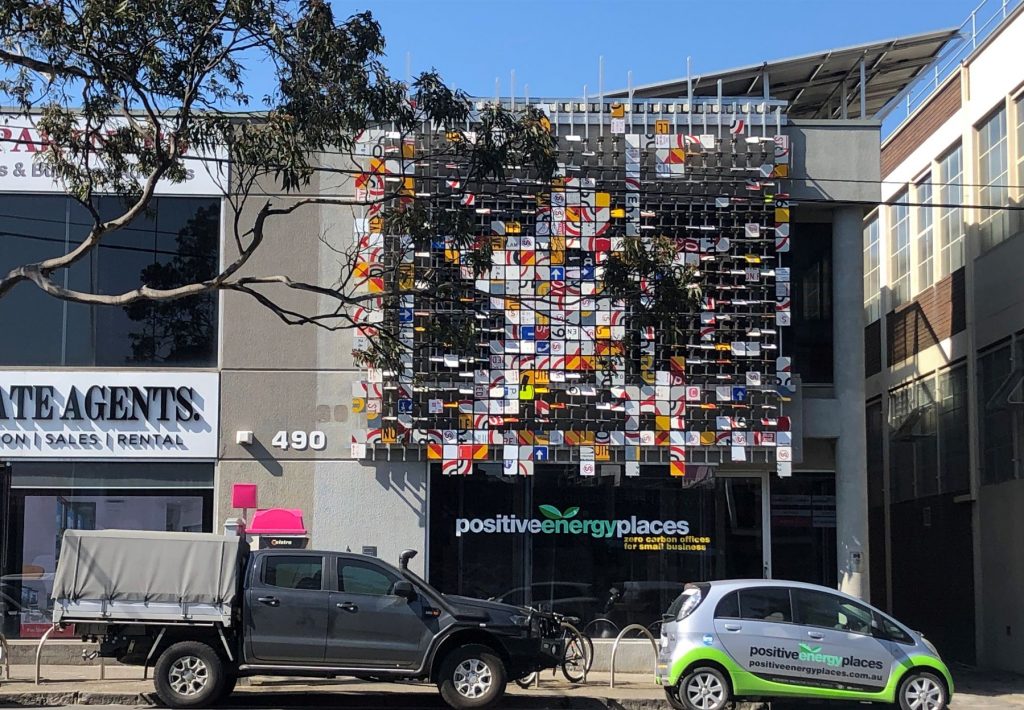 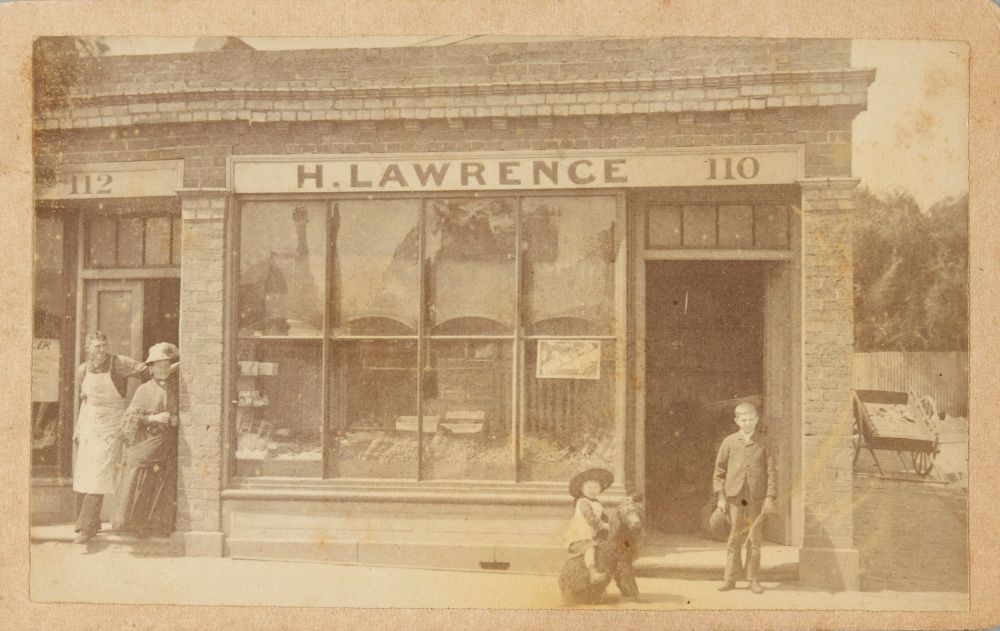 Mr. Henry Lawrence operated a fruit shop on this site.

Melbourne Council re numbered the streets around 1889, prior to that this address was know as 110 Spencer Street, but today is known as 490 Spencer Street.

Shows front of Henry Lawrence, fruiterer at 110 Spencer St., West Melbourne. Two children are outside the shop. A man and a woman stand in the doorway to 112 Spencer St. The man wears a white apron. A two-wheeled cart is in an alley-way to the right.

Photograph was a gift to the State Library of Victoria by Mr Tony Maskill , 1984. 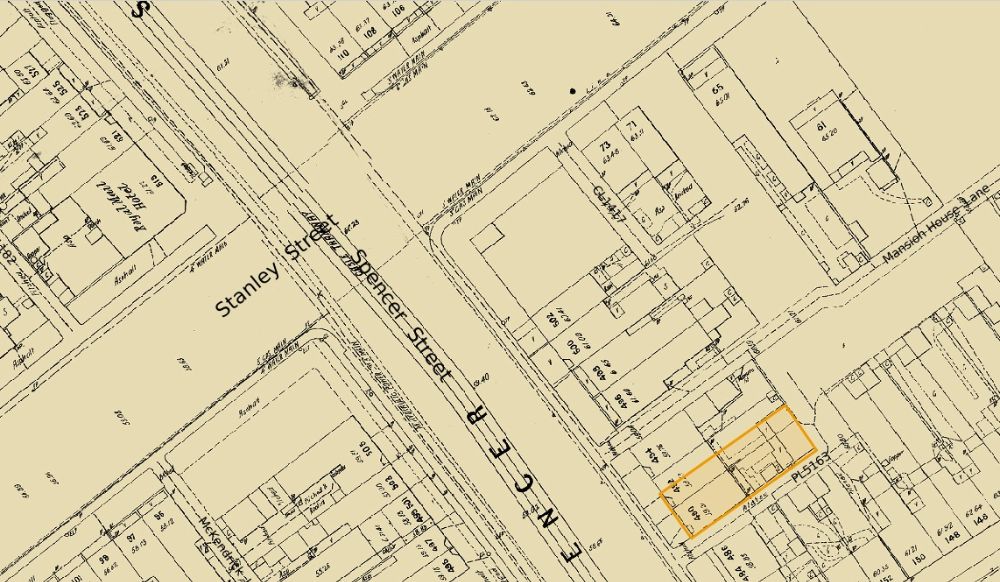 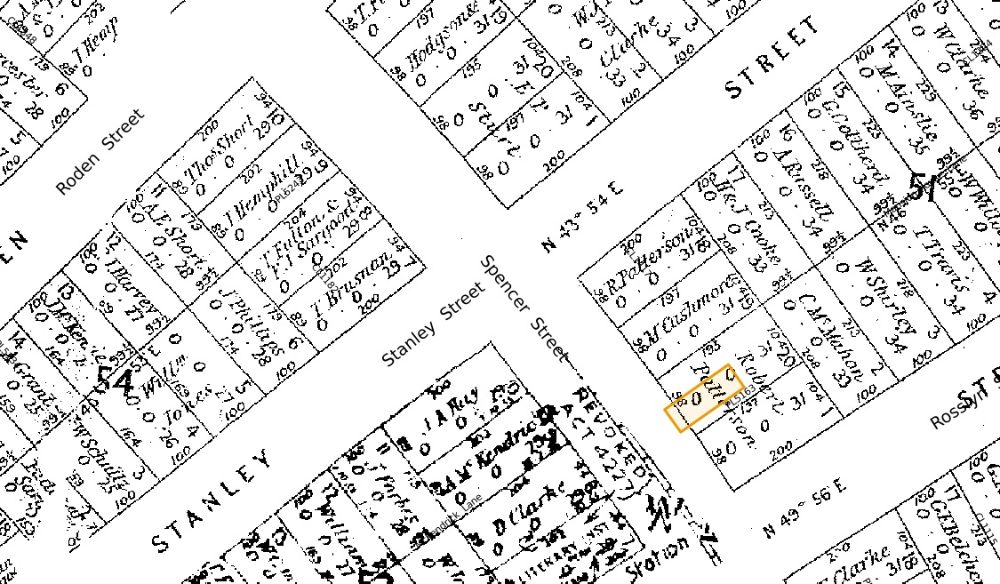 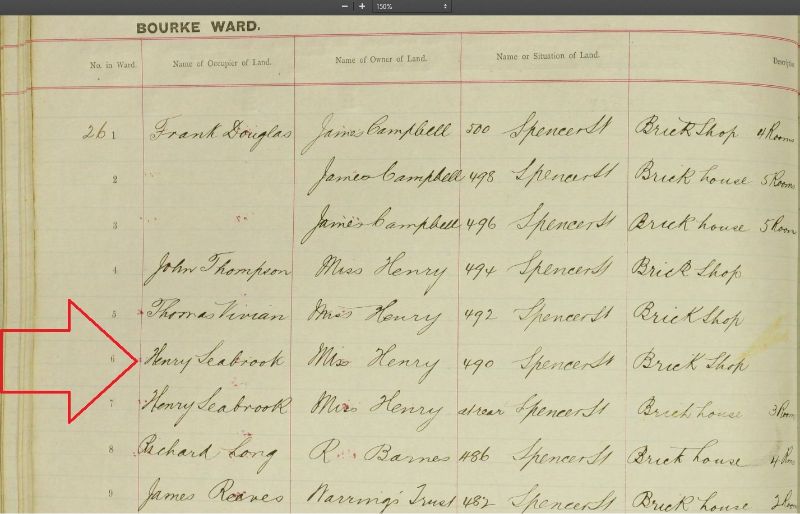 1888 Henry Seabrook operated a shop on this site in Spencer Street West Melbourne. 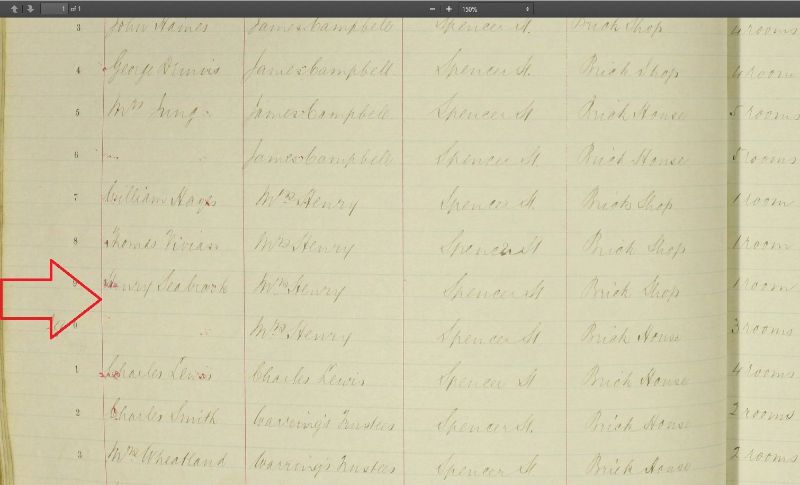 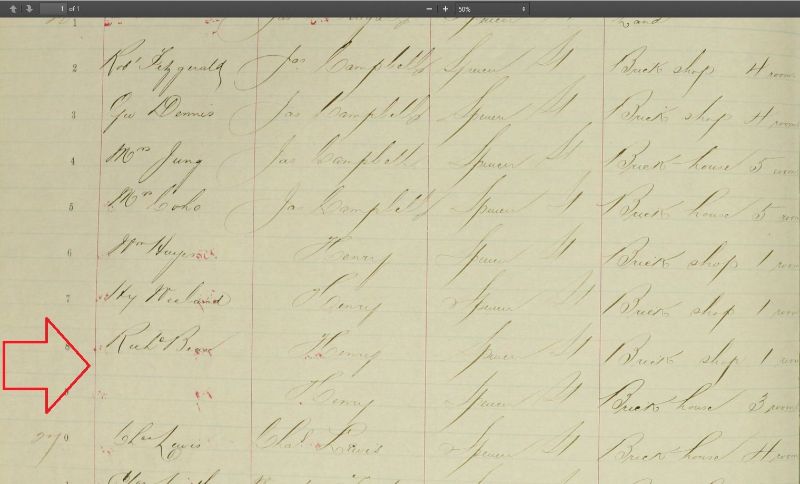 1886 Henry Lawrence operated a fruit shop on this site, it was next door to shop number 112 Spencer Street West Melbourne on the council rate book record. 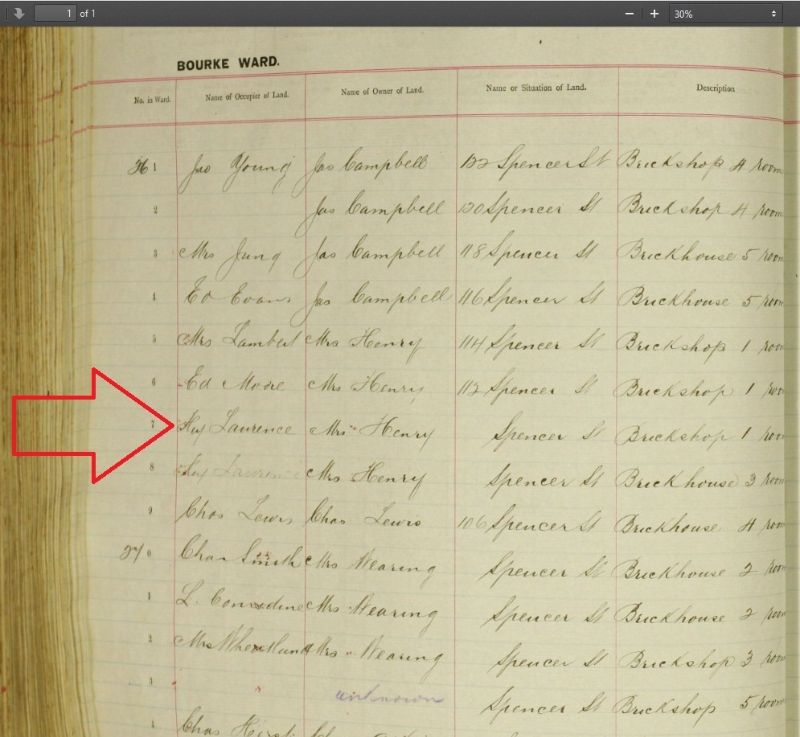 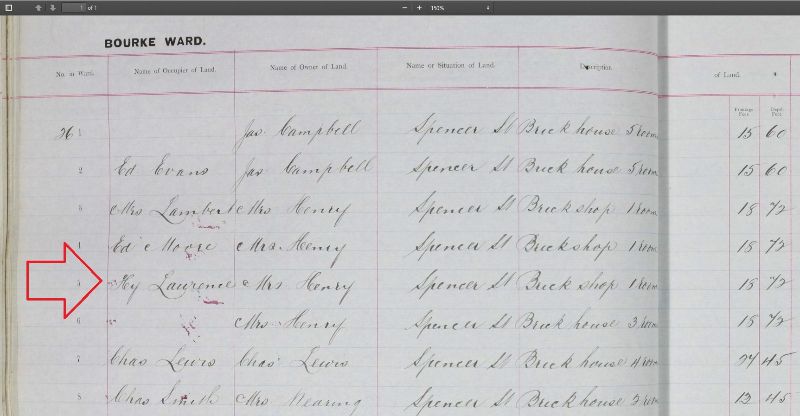