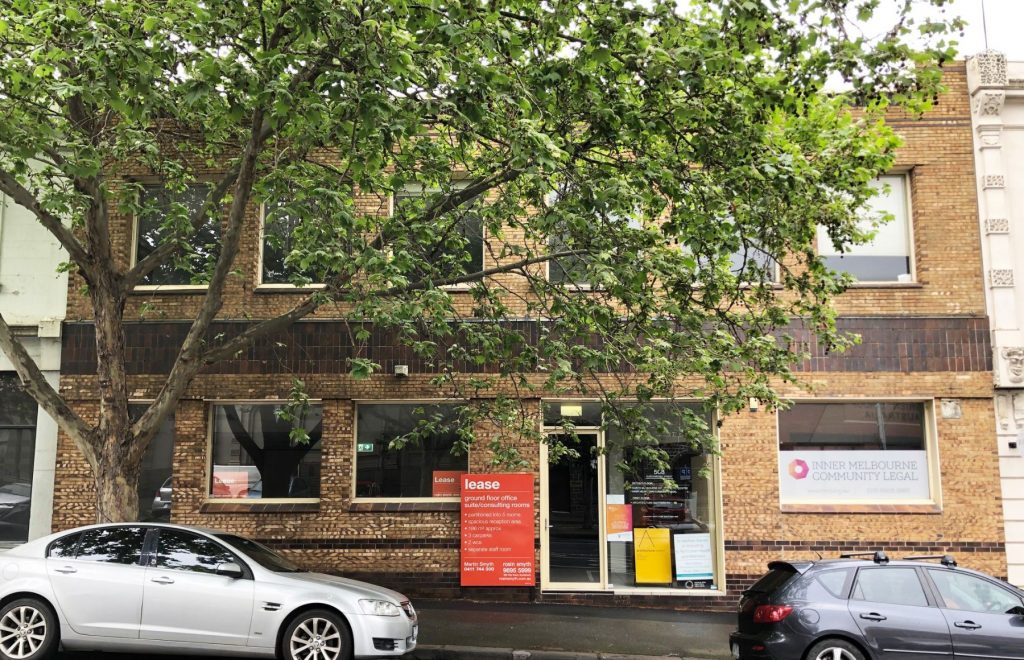 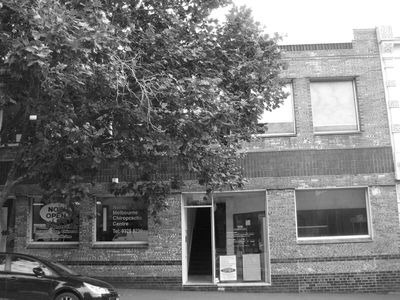 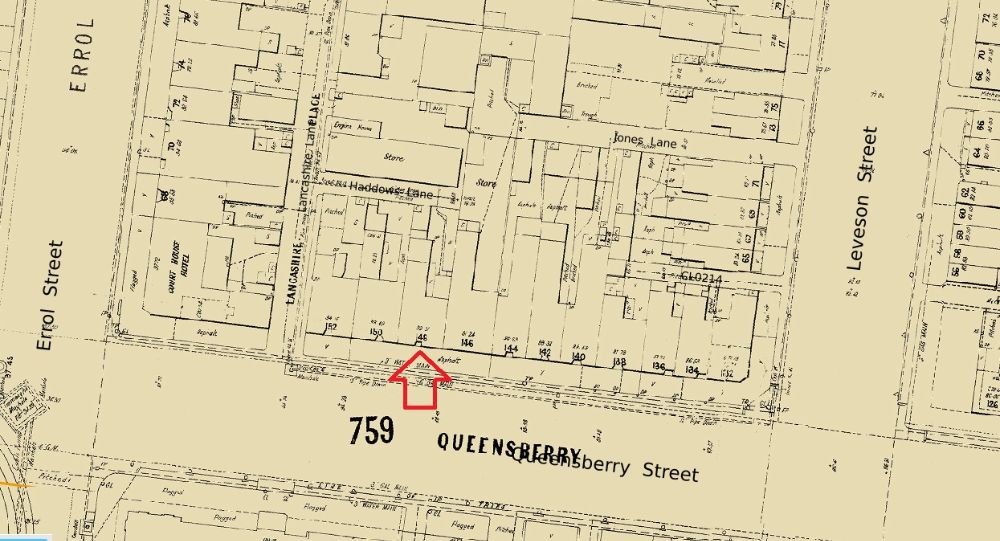 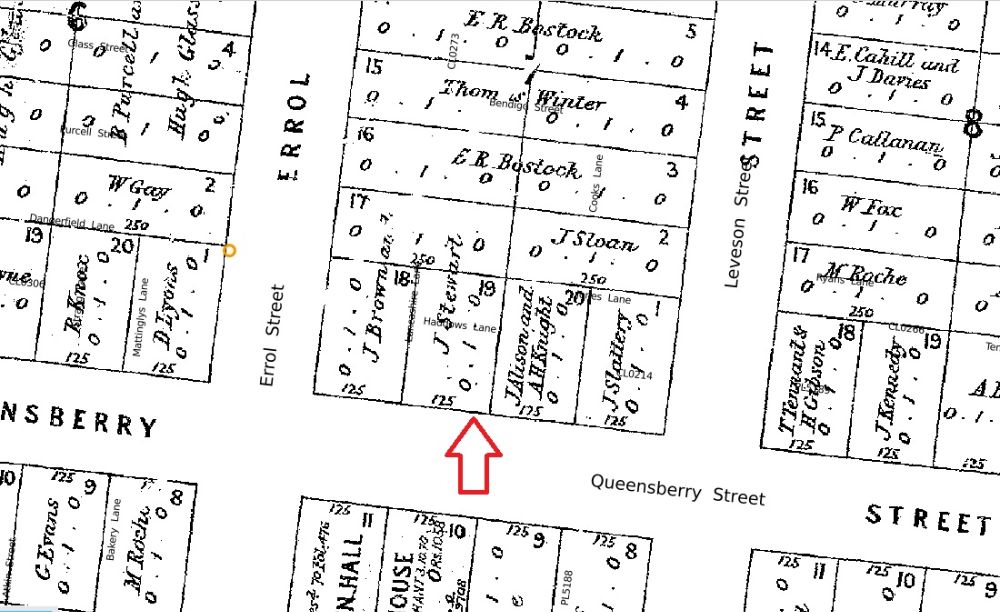 Portrait photograph of Mr. Thomas Johnston Adams taken in Dundee Scotland by Mr A. Donald, photographer, is held by the State Library of Victoria.

Thomas was born in 1835 at Tayport Fife Scotland to George Adams and Margaret Cuthbert.

He left Scotland for Australia to find a better life. He sailed on board the ship Oxus, departing from Dundee in 1857. Thomas was listed on the passenger list as a Shoemaker, 21 years of age.

While in Melbourne, he met Jean ‘Jeannie’ Lamont and they were married in 1881 at Parkville Victoria. She was born in 1852 at Alva in Stirlingshire Scotland, the daughter of John Lamont and Helen Loudon.

Thomas operated his Boot and Shoe making enterprise at 148 Queensberry Street Hotham. The original Victorian era store is no longer there. The council renumbered the streets around Melbourne and today that address is 512 Queensberry Street North Melbourne, between Leveson Street and Lancashire Lane.

Thomas retired from business sometime after 1890. 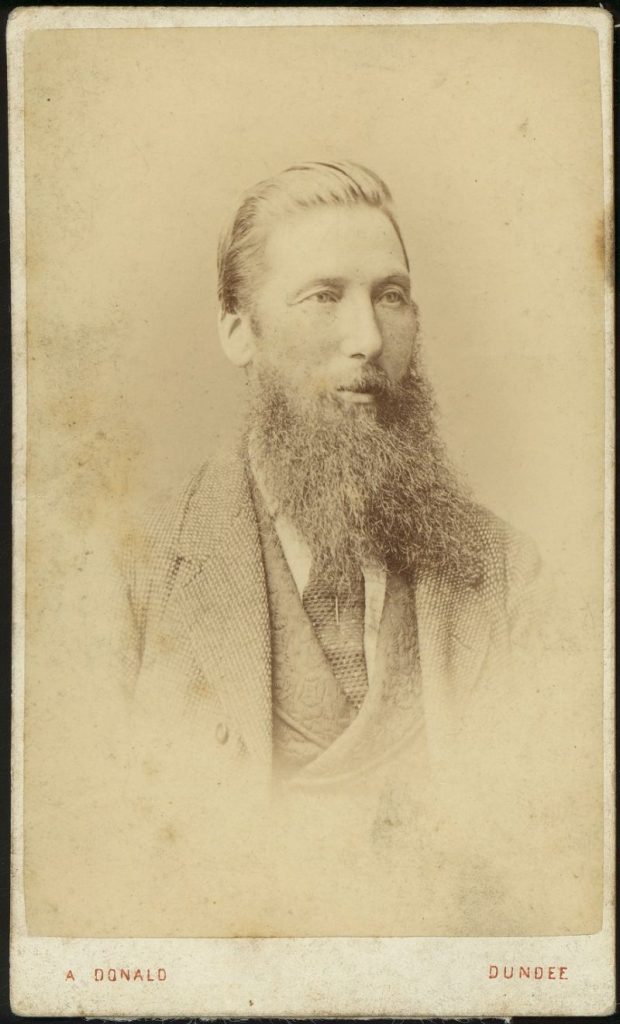 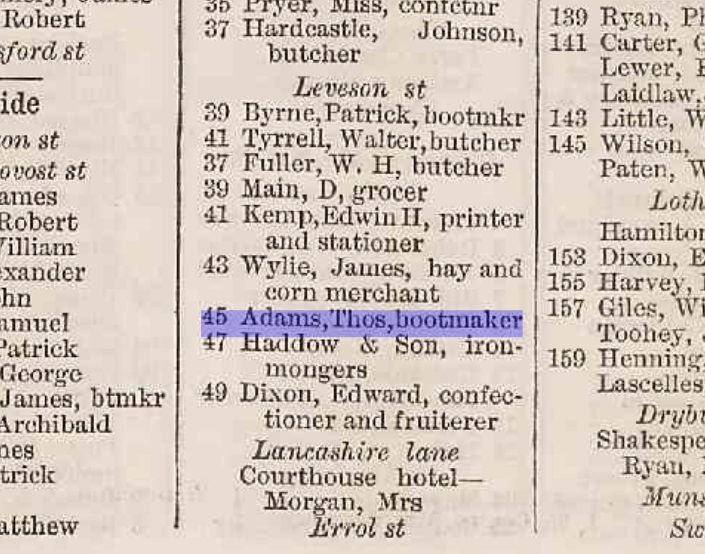 1857 Oxus sailed from Dundee Scotland to Melbourne with Thomas Adams on board. 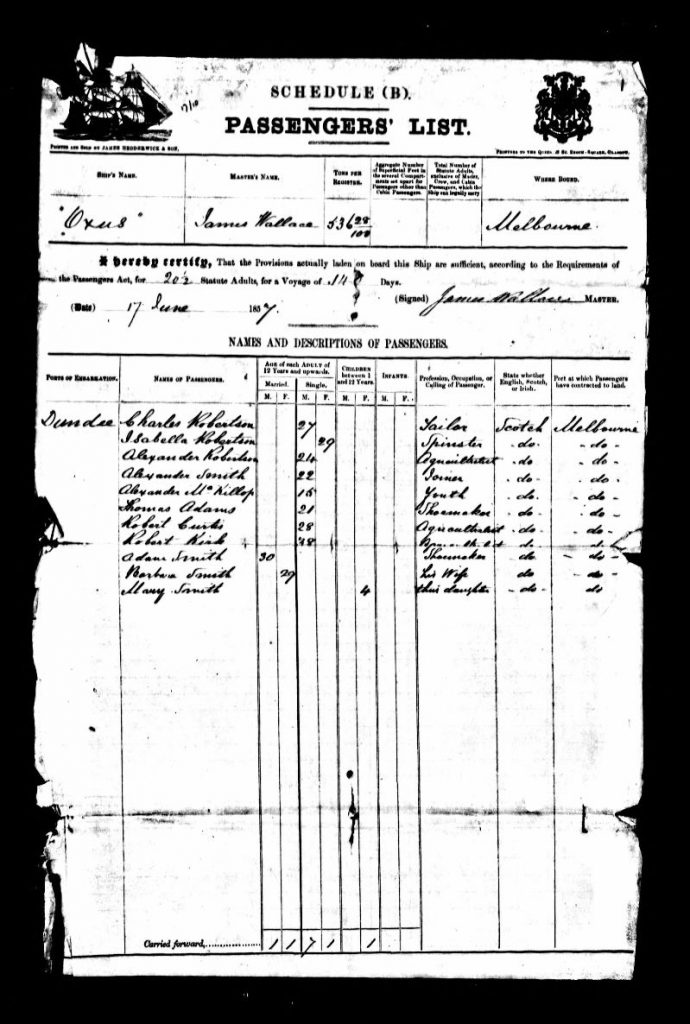 1857 October arrival of the Oxus ship.

The ship had a wealth of interesting items in its cargo, specifically needed by many to help grow the new colony. 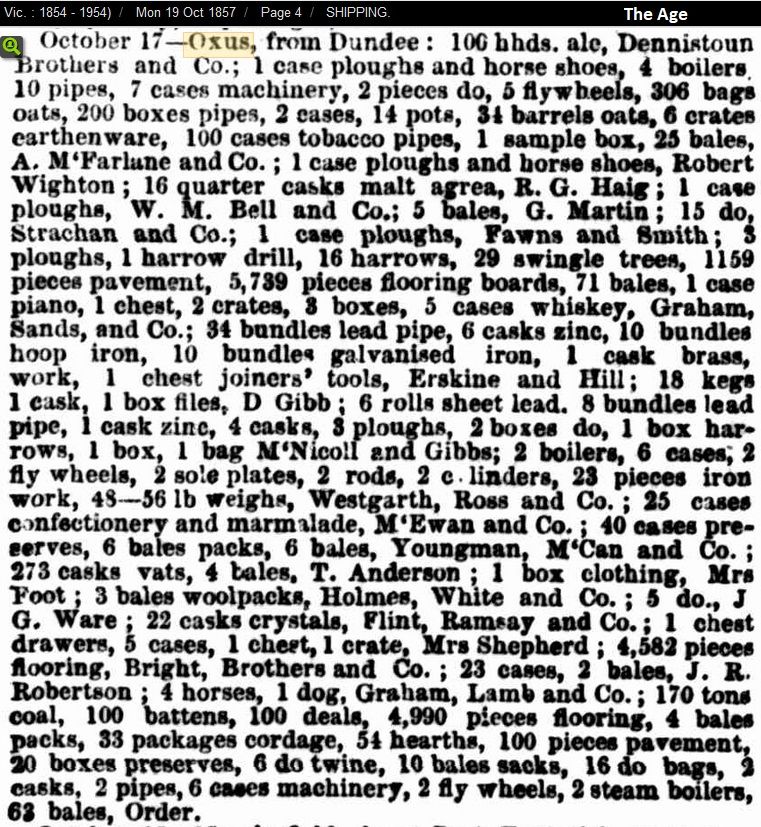