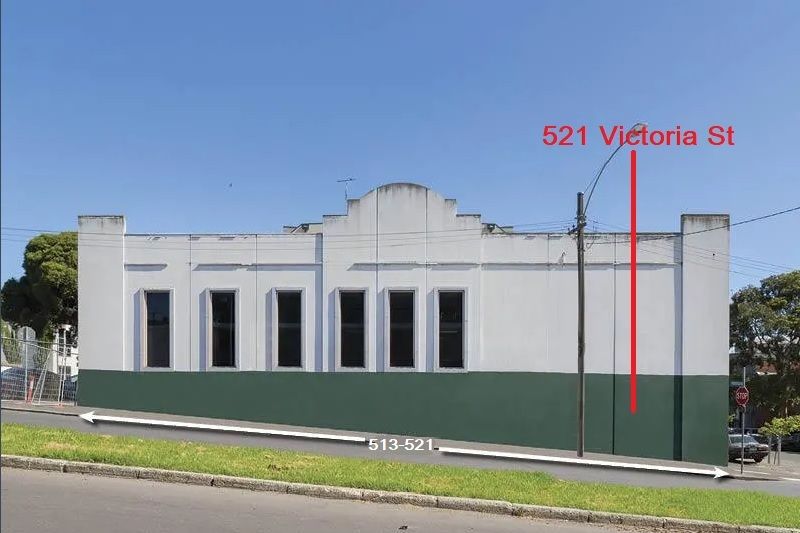 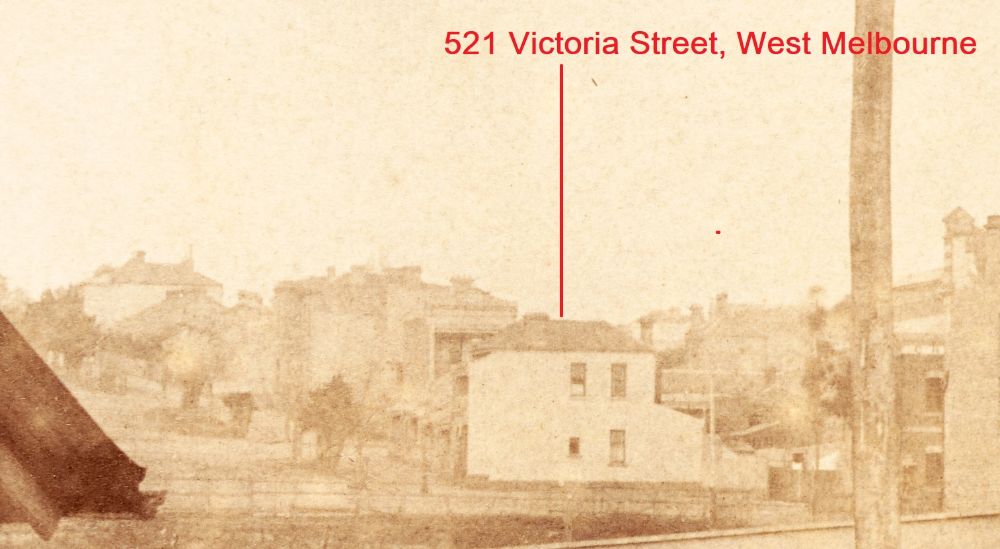 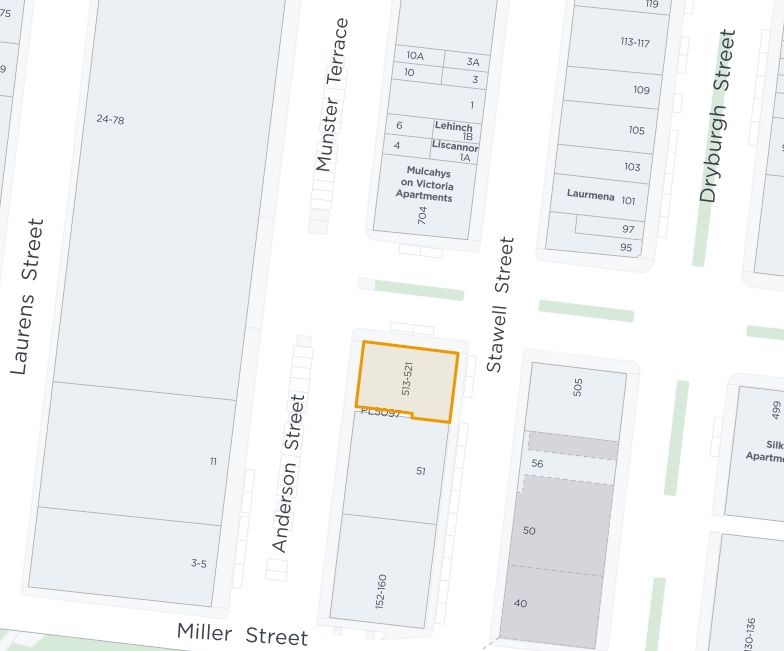 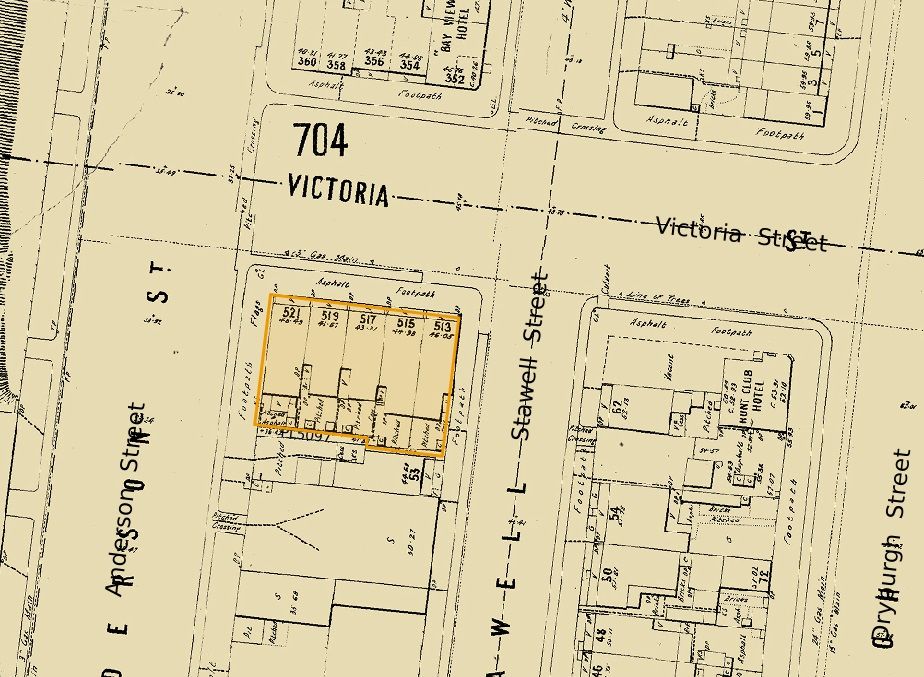 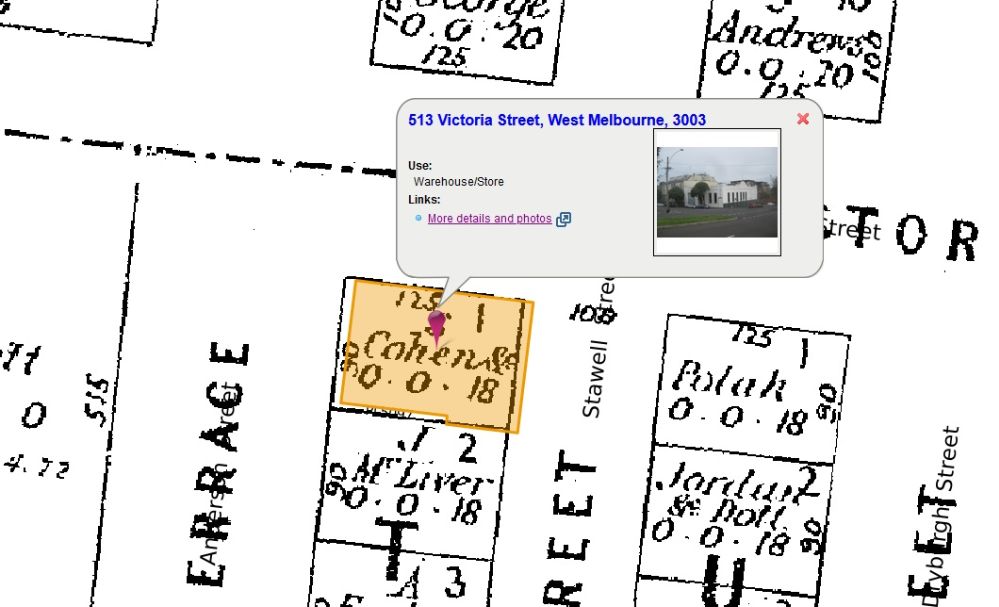 Type: Two storey house, [with its own private back yard garden]

Other significant building works created by John McNaughton can be found below. 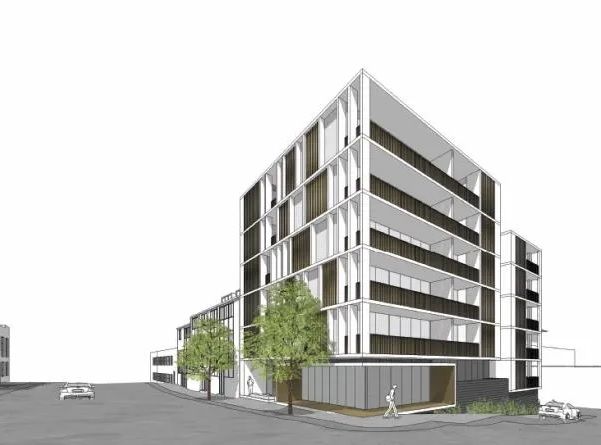 In 2016 Melbourne City Council received a development application for a seven-storey block containing 26 flats, seeking a reduction in the prescribed number of onsite car parking. None of the proposed flats have their own private back yard garden space to relax and unwind in after a hard day’s work.

Prior to the land in the late 1960s being consolidated as a large factory site we see today, the first dwellings on 513 to 521 Victoria Street hosted five well-built Victorian-era residential family dwellings that all had their own private back yard gardens.

What would Alexander and Sarah Jane Boyd or their descendants think, or any of the other families who once lived in this house after the Boyd’s, of the 1960s demolition of this once highly treasured family home.

If society in Melbourne continues to allow the wholesale destruction of our early Victoria-era architectural heritage dwellings, only to be replaced by mid- and high-rise blocks of poorly designed and low quality, dense flats, withing the existing inner suburban areas, Melbourne’s once proud and highly sought-after low rise historic amenity will be lost forever.

The face of Melbourne will become no different to every other dense and overpopulated, cheap quality built, city around the world.

Current legislation for the protection of Melbourne’s inner city heritage dwellings is clearly not strong enough. Our valuable heritage can’t protect itself; it is up to everyone in the local community who has a voice and wish to be heard, to do everything possible to ensure heritage homes are not obliterated from our local inner Melbourne streetscapes forever.

Australia is a land rich country, there are more than enough vacant lots of land scattered all around the outskirts of Melbourne with very low density, where additional housing can and ought to be built.

Take action now and let those who have been elected to govern that we need stronger inner Melbourne heritage dwelling protection, no more densification, no more loss of private back yard garden spaces and no more reduction in existing residential car parking spaces and no new buildings that tower over existing single and double storey dwellings and into our private back yards.

Hugh Boyd was born in Melbourne in 1874, the son of Railway Guard, Alexander McKeller Boyd and his wife Sarah Jane, nee Burrows. He was named after his paternal grandfather from Scotland.

His father Alexander arrived in the colony in September 1870 on a ship named the Colonial Empire. It departed England via Plymouth. His age at that time was listed as 23 years and his occupation was recorded as a Railway Guard.

One year later in July 1871, sixteen-year-old Sarah Jane Burrows had emigrated from England via the ship named Western Empire leaving from Plymouth. It landed three months later in Melbourne in September.

Hugh’s maternal grandfather George Burrows was an Engine driver for the railway.

The Boyd family moved into their new family home around 1883/84, it was known as ‘Elslie House’, 521 Victoria Street, West Melbourne. They had previously lived at 97 Roden Street, West Melbourne. Their Roden Street family home was demolished and replaced by a factory which has since been replaced by six storey block of ninety two flats after 2007.

At the time of his father, Alexander’s death in 1894, Hugh, was twenty-two years of age and had become an Engineer. He lived at the same address along with his mother and three siblings. Hugh was listed as Alexander’s sole executor in his father’s last will.

In 1901, the twenty-seven-year-old Hugh Boyd met and later married eighteen-year-old Alice Beatrice Grey. She was the youngest daughter of Robert and Catherine Grey, of Albert Park.

source: researched by Stephen Hatcher in 2021. 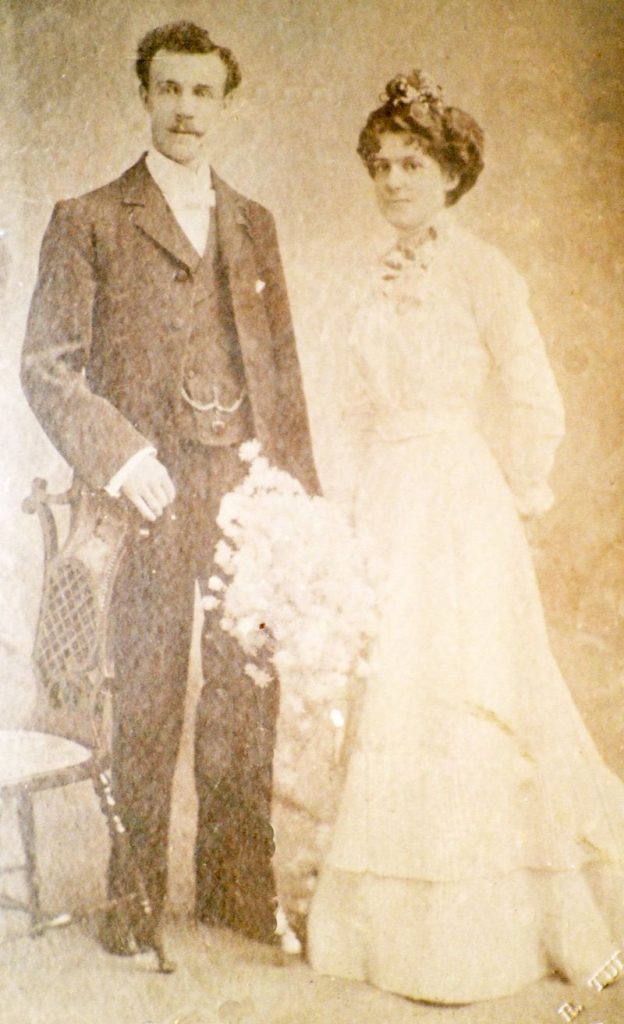