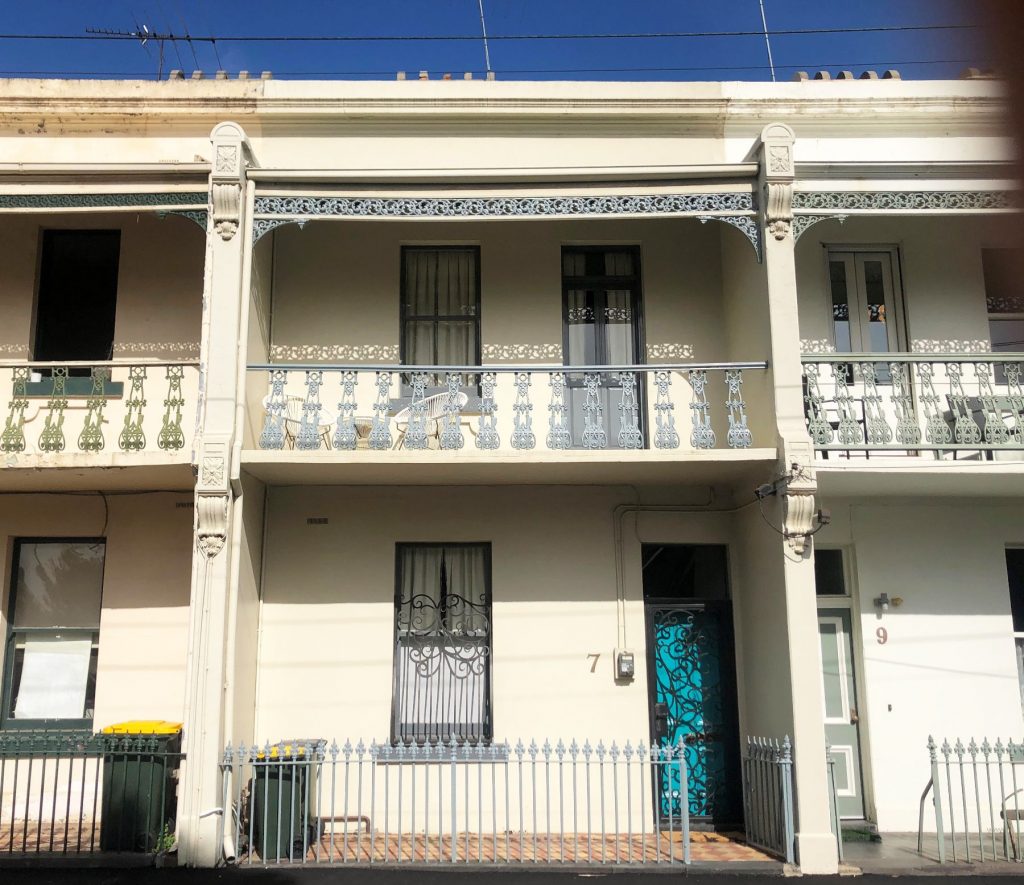 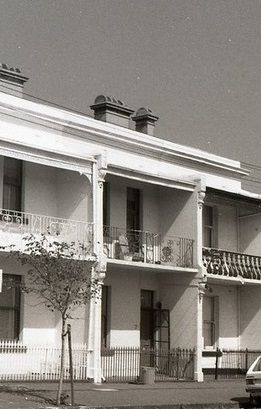 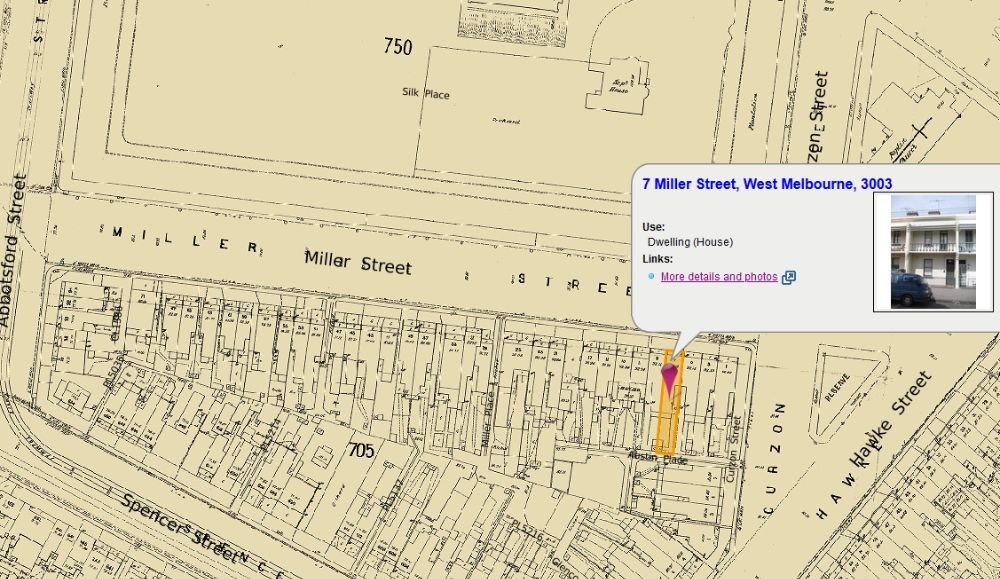 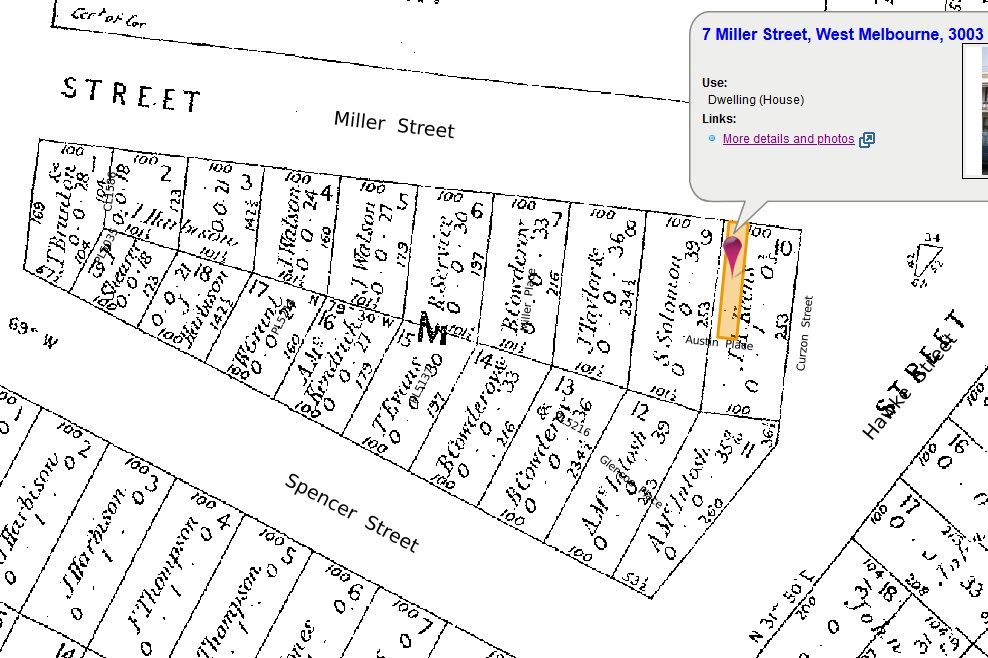 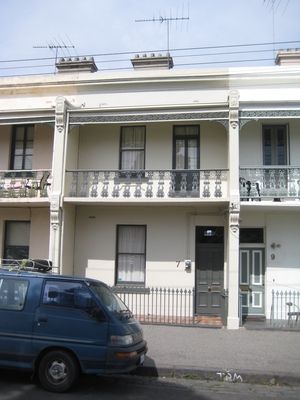 The original cast iron style lacework on the upper balcony that was removed in the 1950’s have since been restored. 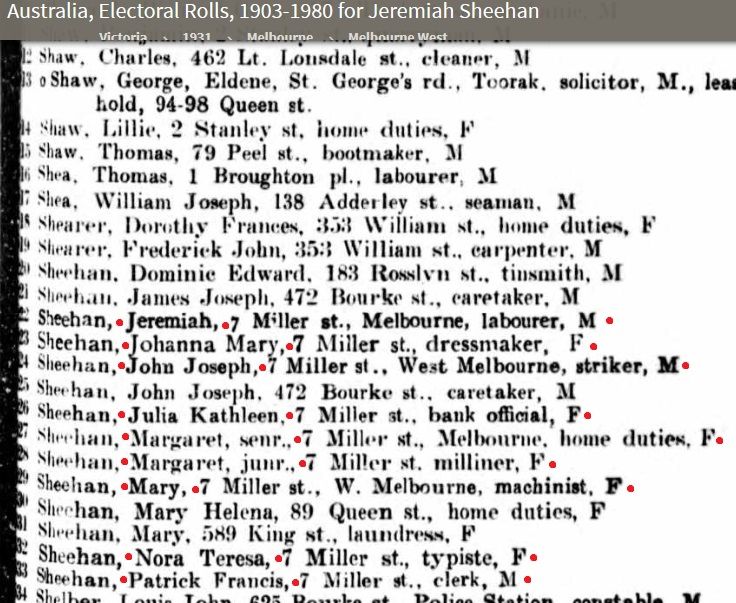 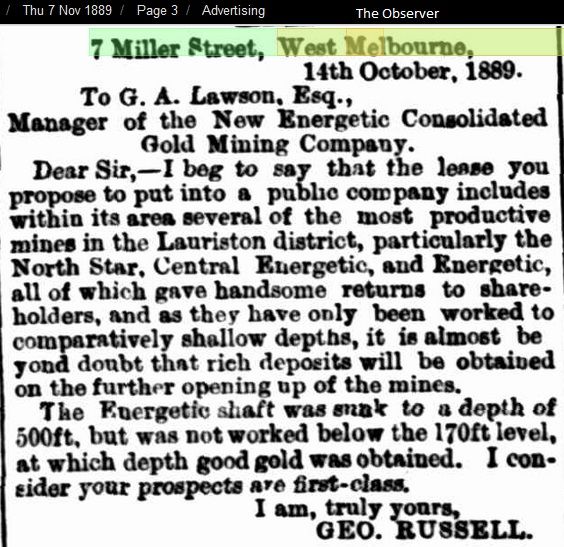 Robert Peacock was born in 1832 at Scoonie, Fifeshire Scotland to parents Robert Peacock and Elizabeth Millar. He married Christina Sands in Kirkcaldy Fifeshire in 1852 and they both decided to emigrate to Port Phillip, seeking better life opportunities. Christina was born in Kirkcaldy to parents John Sands and Jean Pratt. Robert, aged 21 and Christina, aged 23, arrived in 1853 onboard the ship ‘Sophia Burbidge’.

Robert and Christina had ten children, eight daughters and two sons, and lived at 7 Miller Street West Melbourne (previously 4 Miller Street before 1889 street renumbering), as well as 65 Queensberry Street Hotham in the mid 1870’s and 14 Scotia Street North Melbourne in the mid 1850’s.

Robert was listed as an Engineer on the Port Phillip shipping arrivals manifest. He was also secretary of the M.U.I.O.O.F Loyal Alliance Lodge number 4551.

Robert and Christina’s third daughter Christina Peacock married John Marshall at their home at 7 Miller Street West Melbourne in 1879. Marshall was born at Greenock, parish of Govan, Glasgow in Renfrewshire, Scotland. He arrived in the Port Phillip district sometime after 1861 with his parents John and Susan Marshall nee Davie.

Elizabeth Sturgess was born around 1861 in Victoria and inherited 7 Miller Street after her father William Sturgess passed in 1891. She married John Studley Folland in 1891. He was born in January 1865 in Torrington, Devon, his father, John, was 26 and his mother, Mary, was 29. He married Elizabeth Sturgess in 1890 in Victoria. They had two children during their marriage, William and Doris Folland. John died in 1956 in Box Hill, Victoria, at the age of 91.