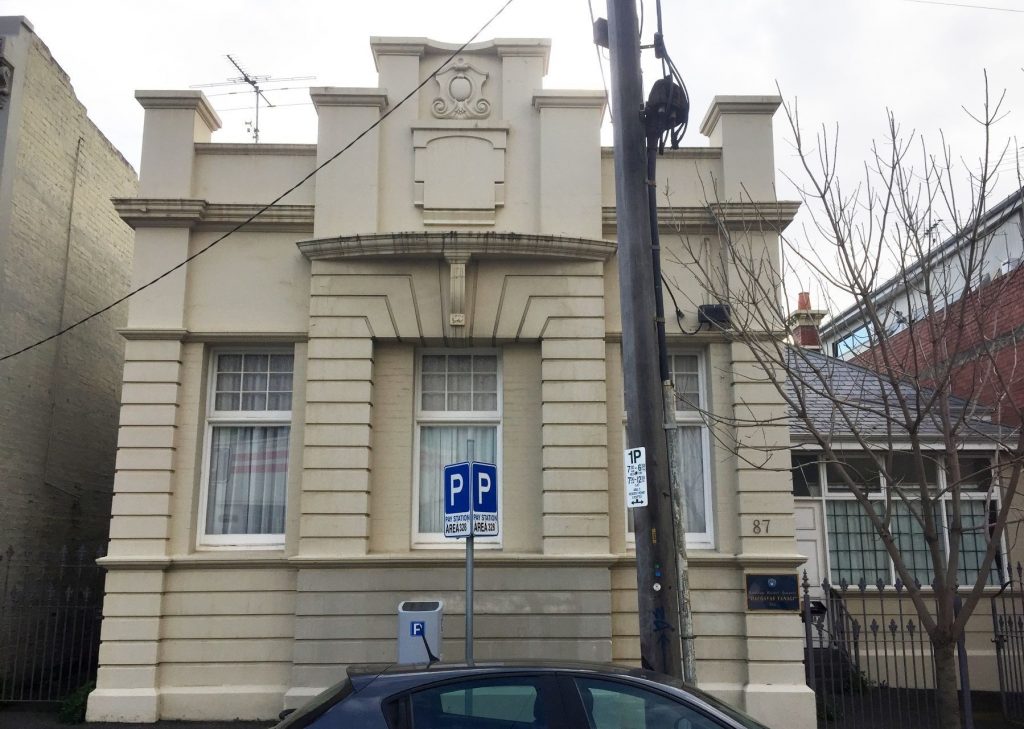 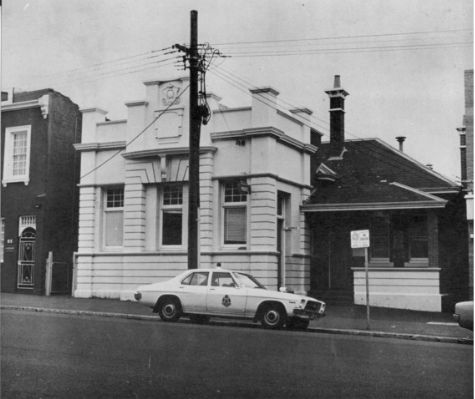 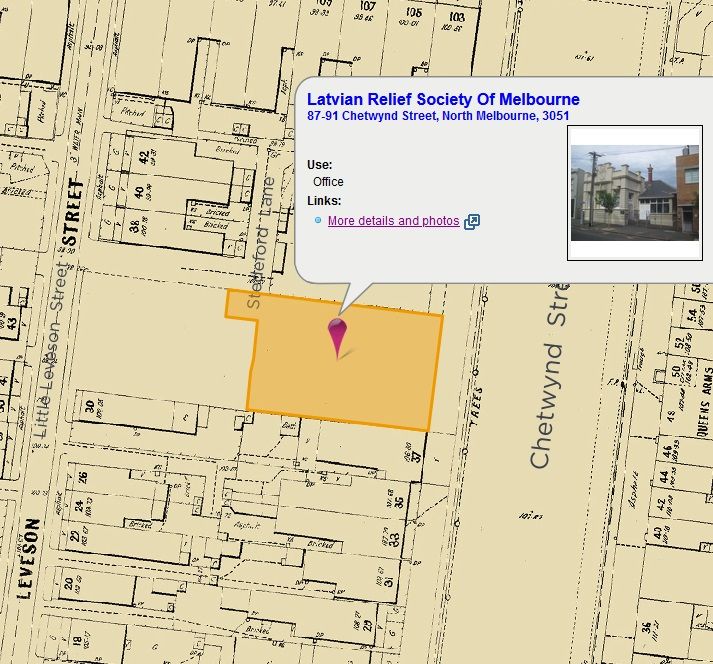 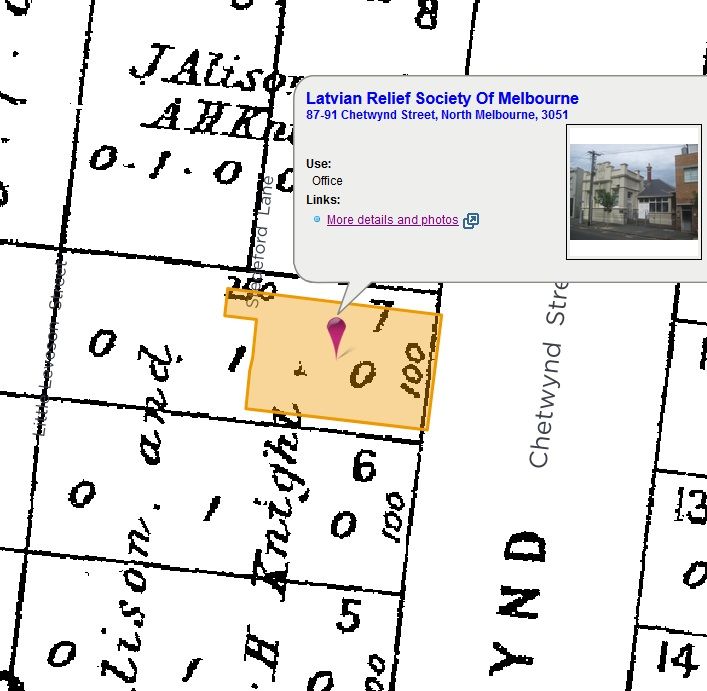 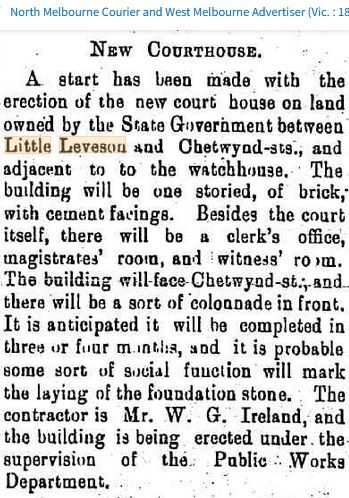 NEW COURTHOUSE.
A start has been made with the erection of the new court’ house on land owned by the State Goverhment between Little Leveson and Chetwynd-street and adjacent to to the watchhouse. The building will be one storied, of brick, with cement facings. Besides the court itself, there will be a clerk’s office, magistrates’ room, and witness’ room. The building will face Chetwynd-st.; and there will be a sort of colonnade in front. It is anticipated it will be completed in three or four months, and it is probable some sort of social function will mark the laying of the foundation stone. The contractor is Mr. W. G. Ireland, and the building is being erected under the supervision of the Public Works Department.

DONE TO DEATH
WAS GEORGE HILL.
NORTH MELBOURNE TRAGEDY.
Again a large crowd assembled in the vicinity of the North Melbourne Courthouse, this morning, in the expectation of
viewing the proceedings in connection with James Walsh, who Is charged with maliciously wounding George Hill, the man who succumbed to his frightful injuries yesterday.
Again were the curious disappointed, as the formalities that had to be gone through were carried out by Mr W. H. Fuller, .J.P., in the watch house-keeper’s office. Mr J. Barwise, J.P., was also In
attendance.
Walsh was brought from the cell across the yard to the office, by Detective Fryer and Constable D. J. M’Sweeny, Sergeant Shields. Watch house-keeper M’Sweeny, and other police. Accused looked composed and his demeanor towards the justice was respectful.
His figure is somewhat stout and his face full and boyish. He was dressed in a plain sac suit, and had a small wound on the lower lip, nearly healed.
Mr Fuller informed the prisoner that he would be remanded till the 12th, on a charge of wounding with intent to cause grievous bodily harm.
“Any bail, sir” asked Walsh in a low voice He was told by the justice’s it he had better make that application to the Coroner, this afternoon.
The prisoner then walked quietly back to the cell under escort. 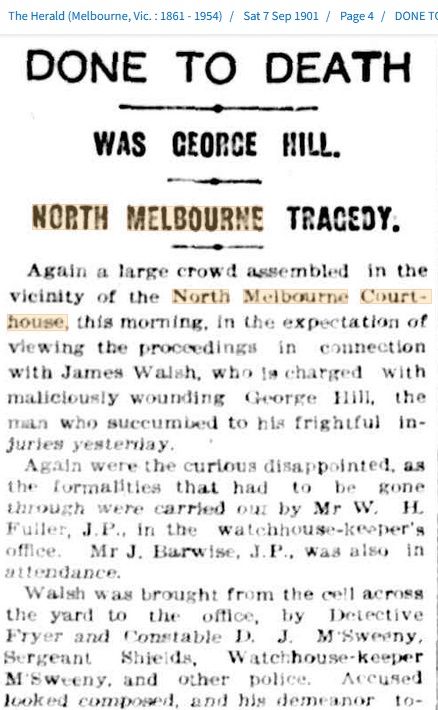