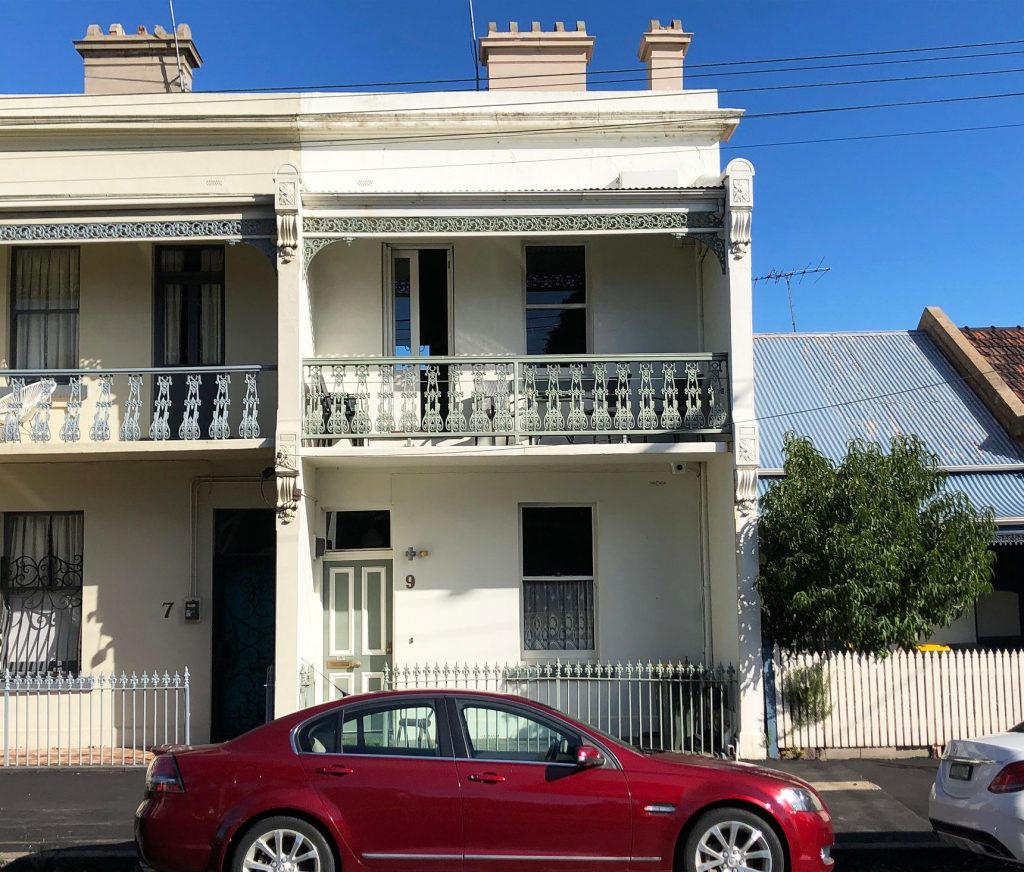 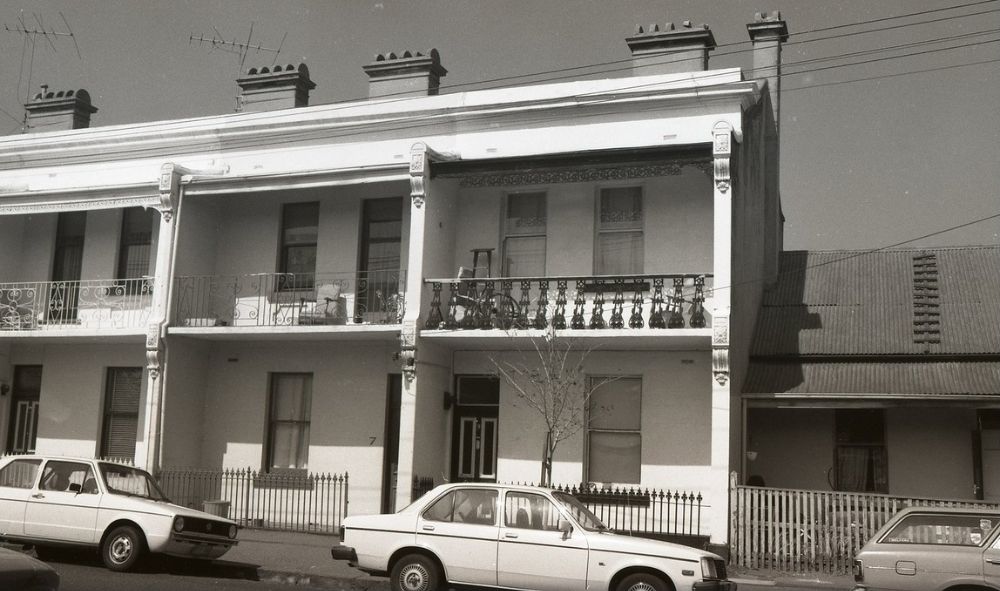 4. Mr. Solomon Solomon purchased this crown allotment block. According to Sands & McDougall Melbourne Directory, he lived in Collins Street Melbourne, however he sold up all his holdings in 1865 and left for America. 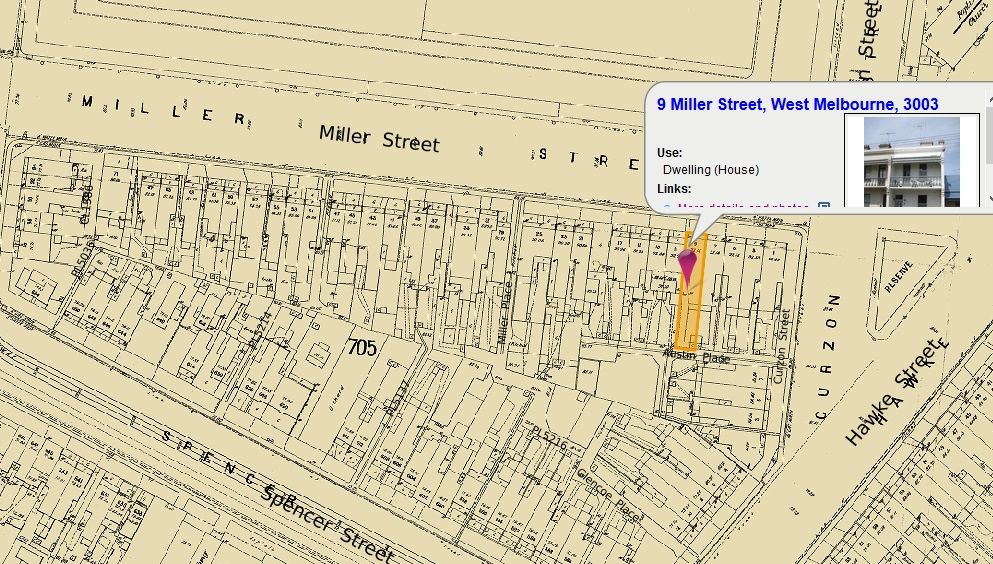 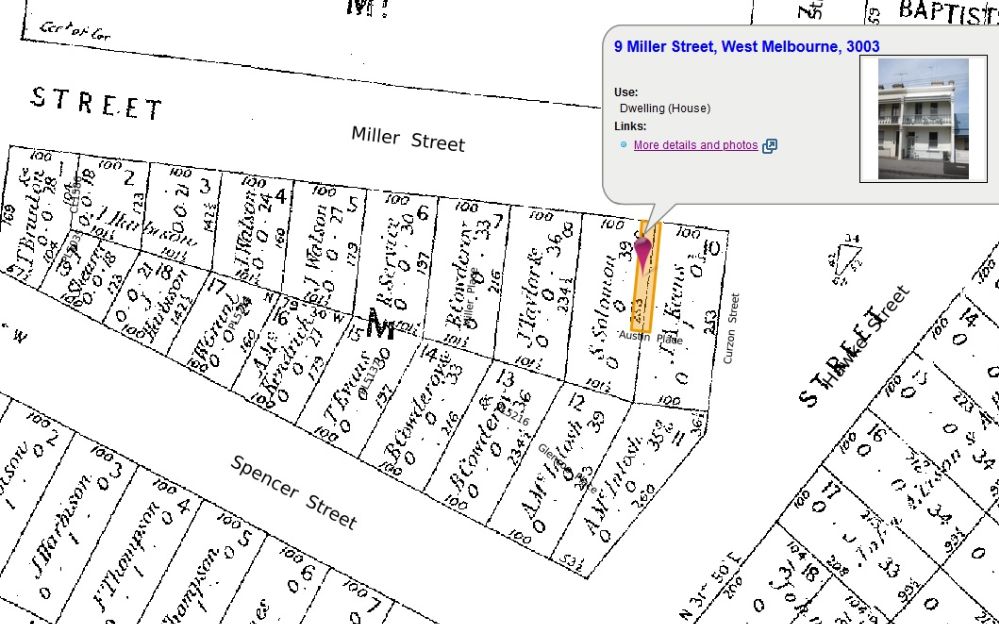 New concrete verandah floor and the upper home’s original left side balcony window has been altered to a door.

It was part of a larger portion of land Sturgess purchased in late 1873 that remained in the hands of the Sturgess family until the early decades of the twentieth century.

The house gained its current street number in 1889. It appears to have been subdivided off onto its existing separate title in 1943.

For most of its history, the house has been occupied by tenants rather than owner/occupants.

“What is now 9 Miller Street was subsequently transferred to a new title with presumably its current boundaries in 1943 & has since changed owners several times.

supplied by the current home owner 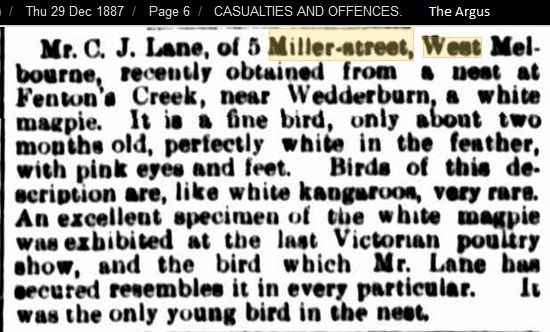 Francis Bell and Jessie Bruce were born in Scotland and were married in 1853 at Greenock. On the record it states his father was William Bell and her father was Archibald Bruce.

The Bell family arrived in the Port Phillip district after 1858.

In 1880 at the home of Francis and Jessie Bell at 9 Miller Street West Melbourne (previously known as 5 Miller before 1889) they witnessed the marriage of their daughter to John Gourlay by the Reverend Doctor Gilchrist. The bride was 18 and the groom was 27 years of age.

Gourlay was born in Glasgow Scotland in 1853, to parents John and Margaret Gourlay nee Syme, they emigrated to Port Phillip sometime before 1860.