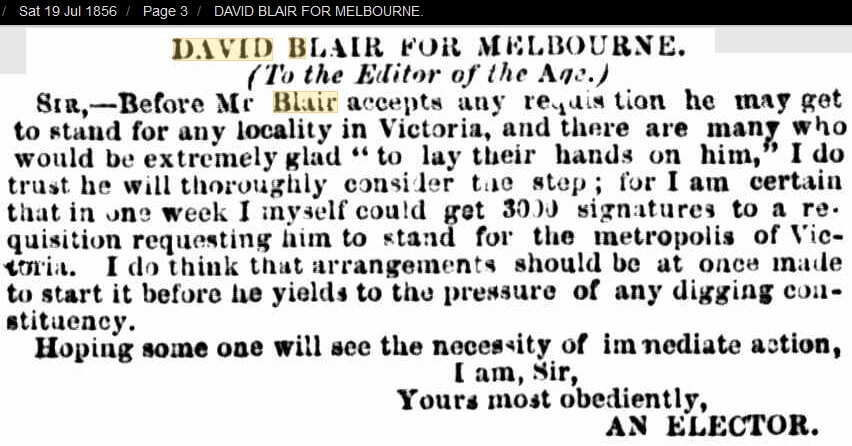 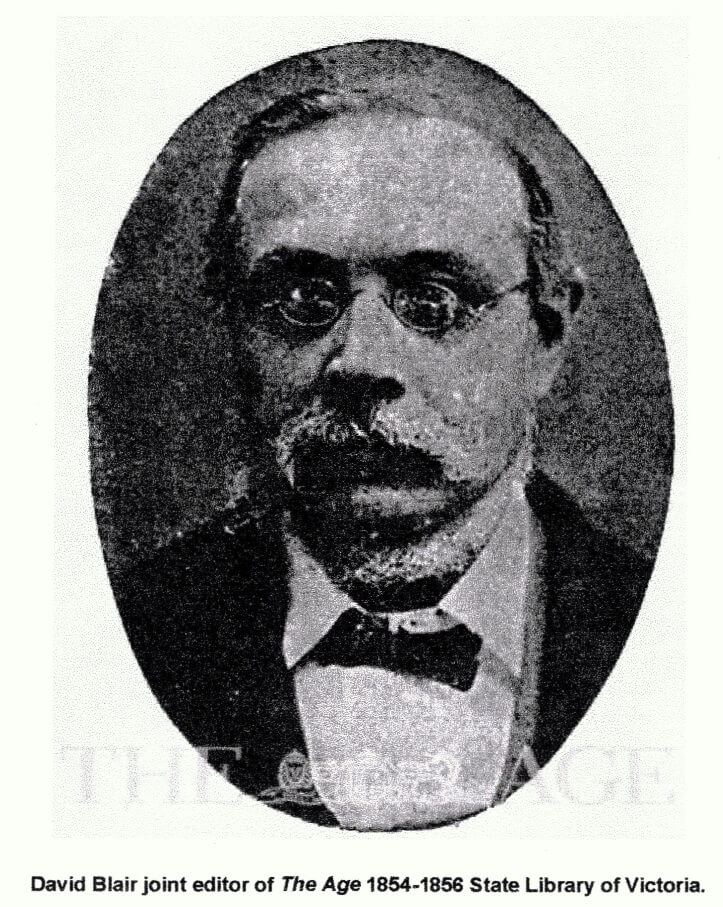 David Blair (1820-1899) born in Ireland of parents Thomas Blair and Jane Burns(1)  of Scottish descent. He began as a teacher, transferred to the Ordinance Survey of Ireland, being stationed in turn at Limerick and Cork. Moved to Southampton in 1841, where he lectured widely in support of the “Chartists”. He was an active Presbyterian Churchman with radical social ideas. He joined John Dunmore Lang’s contingent of train-ed clergy for New South Wales and arrived in Sydney in 1850, where he was ordained. He soon clashed with Lang and went on his way.

He arrived in Melbourne, July 1852 and was subeditor on the “Argus” in 1854. Angered by the conservatism of that paper during the Eureka troubles, he joined the “raw, outspokenly egalitarian ‘Age’ “. Unremitting in advocacy of such principles as fully representative responsible government, and the complete separation of Church and State, especially in education; relentless in attack on inequality, the squattocracy and corrupt politicians; he made many enemies and some friends, especially among the diggers, whose fiery champion, in print and on platform, he never failed to be.

A man of wide knowledge and relentless principles, he wrote and spoke profusely and in slashing style, on literary and historical subjects, as well as on social and political questions. He entered politics in 1856, representing Talbot and later Crowlands. In his biographer’s judgement, he was “too dogmatic as a scholar, too unimaginative as a literary man, too principled as a politician”. David Blair lived according to the high standards by which he wrote and spoke. He died at his home in Armadale, 19th February, 1899.(2) 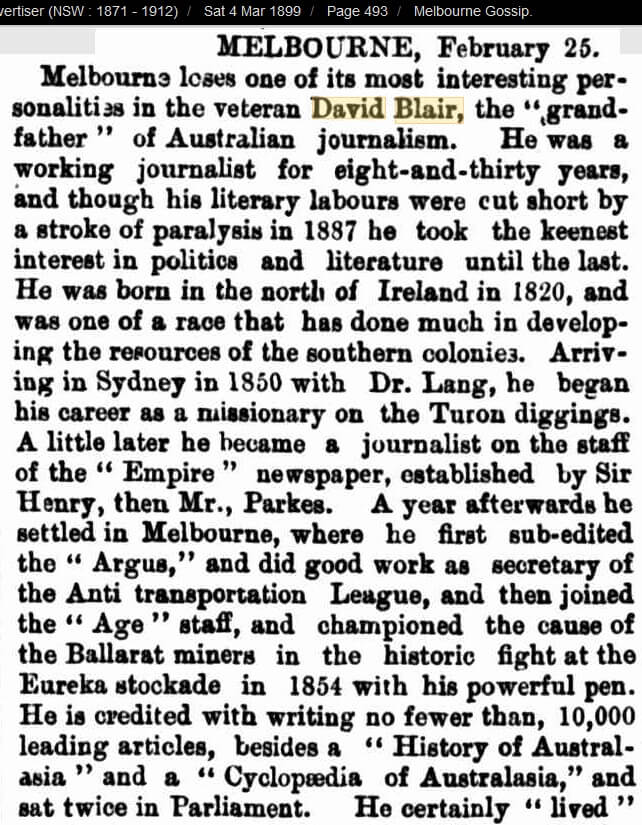