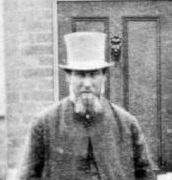 Born 9th February 1823 at Breage, Cornwall, England, son of James Richard Eade, farmer and miner, and his wife Elizabeth, née Dunnald. At 14 Joel left school and began work on a farm. In 1840-44 as an apprentice carpenter and joiner he attended classes at the local Mechanics’ Institute, ‘acquiring a knowledge of drawing and design that lifted him out of the rank of journeymen’. From 1845 he practised his trade in London, taking charge of a workshop where his employer discovered his drawing skill. In 1851 he went to California and gained a similar position.

In 1857 Eade arrived at Melbourne in the What Cheer.

After four unsuccessful months on the Ovens goldfields he worked on the Beechworth court-house at £6 a week and was in charge at its completion.

In 1859 he sought further contracts in Melbourne and then Daylesford where he had more success and bought land.

He returned to Melbourne in 1861 and soon set up as an architect and builder at Collingwood. He was assessor to the borough in 1867-69, a member of the Municipal Council in 1869-75 and mayor in 1870-71. As honorary surveyor he planned new public buildings, including public baths, reformed the council’s accounting system in 1873 and served on the parliamentary inquiry into Melbourne and suburban sewerage in 1871. He was a life governor of the Melbourne Hospital, returning officer for the Collingwood School Board and parliamentary elections, and for eighteen years an active magistrate. 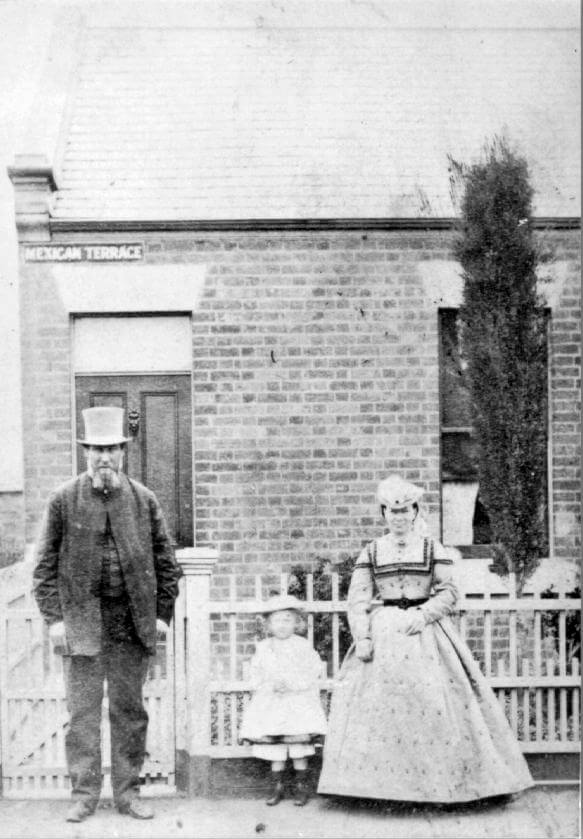 Technical education was another improving cause dear to Eade. With support from local protectionist employers he founded the Collingwood School of Design for ‘rising operatives’ in July 1871 and personally initiated the Auxiliary Artisans’ School of Works in March 1872, for which he ran the first juvenile industrial exhibition in Victoria in 1873. He was promptly imitated by John Danks at Emerald Hill and by others at Ballarat. In 1875 at the third exhibition the acting-governor, Sir William Stawell, affirmed Eade’s view that Schools of Design would be ‘incomplete’ without Schools of Works ‘which practically adopted the instructions given by the others’. In that year Eade also won a certificate of merit at the Intercolonial Exhibition for his pupils’ workmanship. He was elected to the committee of the Chamber of Manufactures in 1876 and was later a trustee. In 1879 he served on the executive committee of the Intercolonial Juvenile Industrial Exhibition in Melbourne. Eade’s pupils at the School of Design included the inventor, Louis Brennan, who showed some of his work at the first exhibition, and the artist, Tom Roberts, who remembered the Samuel Smiles encouragement of ‘higher aspirations in lads who might otherwise have dragged on as common plodders’. The closure of the School of Works in 1875 was due partly to Eade’s ill health and the lack of a suitable building, but chiefly because of ‘apathy of the government and local corporations [and] the jealousy of leading men who had philanthropic fads of their own’. In 1876 he offered land for a technical school of his own design with ground-floor workshops above, but no funds were then available. A Freemason and an Anglican, he died at his Collingwood home on 2 May 1911, predeceased by his wife Maria Sarah, née Heald, whom he had married in 1861, and survived by their only son.(1)