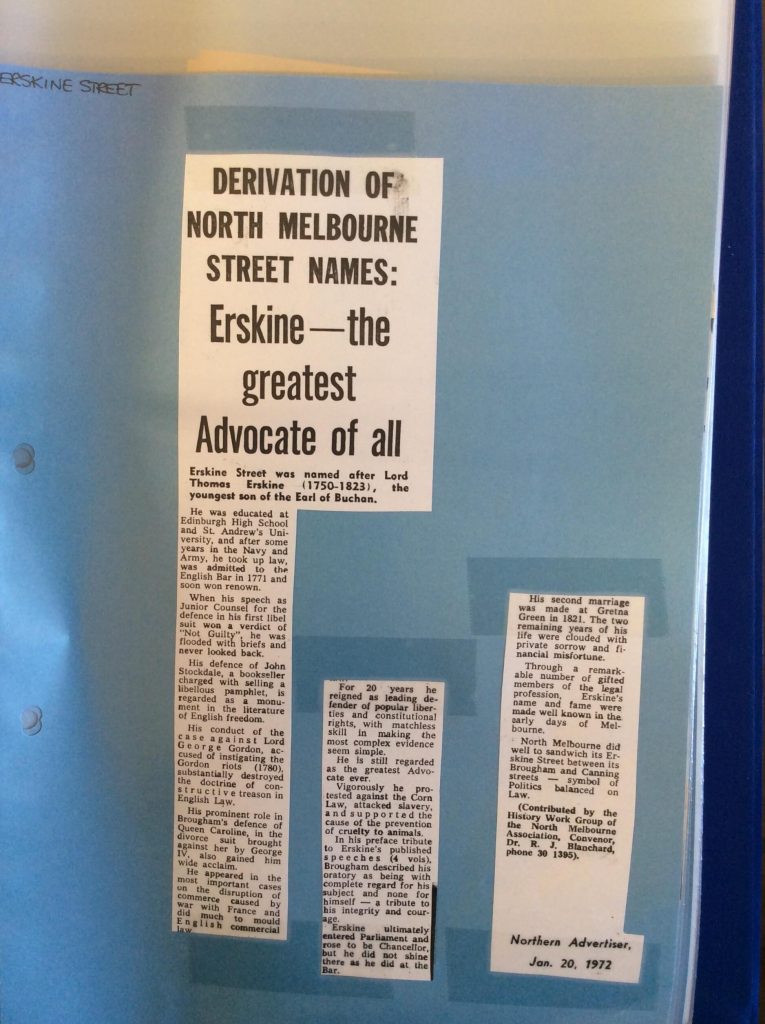 Erskine – the greatest Advocate of all.

Erskine Street was named after Thomas Erskine (1750-1823), youngest son of the Earl of Buchan.

Vigorously he protested against the Corn Law, attacked slavery, and supported the cause of the prevention of cruelty to animals.

Through a remarkable number of gifted members of the legal profession, Erskine’s name and fame were made well known in the early days of Melbourne.

North Melbourne did well to sandwich its Erskine Street between its Brougham and Canning streets — symbol of Politics balanced on Law.(1)