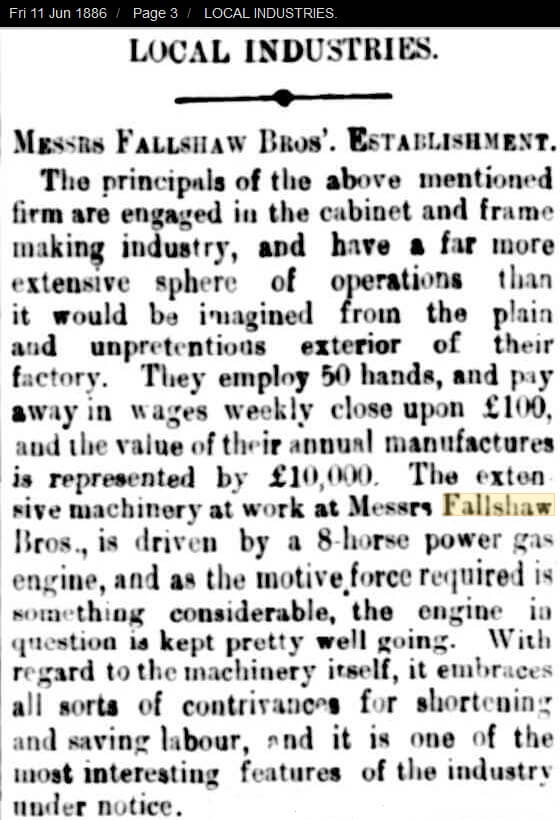 Between 1876 and 1896 Daniel Fallshaw and his two sons developed the north-west corner of O’Shanassy and Errol streets.

They began by building two brick shops with dwellings above, now 191 and 193 Errol Street. Daniel (Jnr) occupied the one with a crockery ware house; Henry the other as a bedding and chair manufacturer.

Two years later, Daniel (Snr) built a house for himself at 18 O’Shanassy Street, where he lived until 1898.

In 1883 he built a bluestone and brick workshop, where he made high quality billiard tables, examples of which may still be seen in Melbourne.

So great was the demand for these tables, that in 1887 the workshop was extended over 20 O’Shanassy Street.

As a right-of-way for the workshop and the properties in Errol Street, a lane from Harris to to O’Shanassy Street was constructed in 1885.

In 1886 father and sons built two more shops with dwellings above in Errol Street, now 195 and 197. These were owned and rented by the family until 1903.

Through the years there, was a variety of tenants – grocer, confectioner, boot-maker, tailor, greengrocer.

James Hollow bought the 18-22 O’Shanassy Street property in 1915. A. building contractor business is still carried on there in his name.

In 1876 Daniel Collins, a carter, built for himself a single-fronted timber cottage at 207 Errol Street.

Behind it, fronting Fallshaw’s Lane, he knocked up a one room, unlined wooden shack, timber floor place straight on to the ground, with one small fixed window and dated 1887.

Collins rented this until 1903, when his son Arthur, who dealt in furniture, turned it into a workshop.

While this shack is an extreme example of the accommodation some had to put up with and were even glad to get, it illustrates how depressed housing standards were in the area at the time.(1) 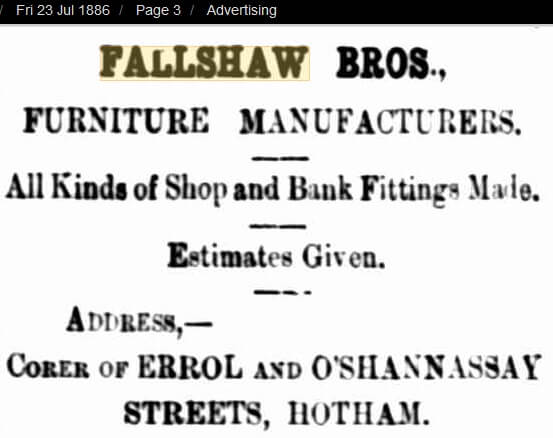