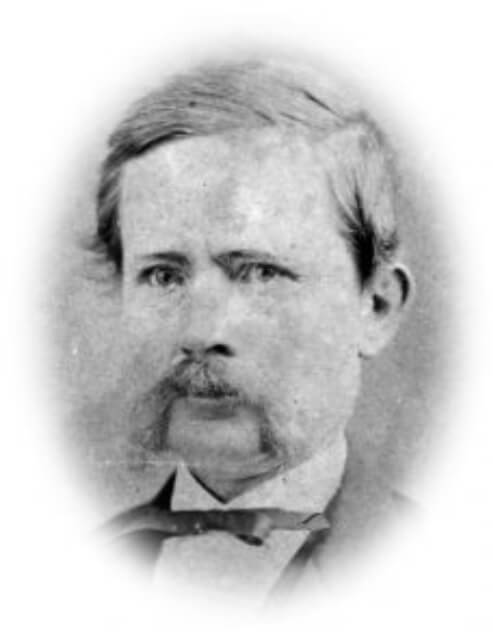 Born in 1794 at Southhampton England to parents Richard and Sarah Howard.

In 1839 Charles Howard was assistant commissary general of the new colony of Port Phillip. His job was to superintend the supply of rations.

On November 6 the same year the foundation stone of St. James’ Church was laid on the south-west corner of Collins and William Streets — Howard was treasurer of the building committee. It was a bold venture for Melbourne’s Anglican pioneers.

Robert Russell’s plan was “on an almost visionary scale”. Money was hard to get and skilled tradesmen were few.

Unknown and untried materials had to be used, and many laughed the plan to scorn. Tension between architect and committee set in early and mounted quickly.

Howard had many headaches, but the result was worth it – “one of Melbourne’s proudest possessions. Its finest example of Colonial Georgian architecture” (Freeland).

After many trials the church was remoed to King Street, where it stands in dignity and respect, flanking the Flagstaff Gardens.

In 1852, an acre of Crown Land was granted the Church of England in Hotham (now North Melbourne). Its members worshipped in the open air on the site, or attended St. James.

Then they erected a zinc building, lined with felt (which was known as the ‘Dutch Oven”) and finally built the impressive Church of St. Mary.

For some years the street running past this site was the busiest in the town. Stores and shops sprang up to cater for thousands who streamed by on their way to the goldfields, but successive changes in traffic routes shifted business elsewhere.

Howard’s job as treasurer of the St. James Building Committee was no sinecure. He deserved recognition.

The street in West Melbourne so important to Church and commerce in his day, was fittingly named Howard Street.(2)

Charles Howard died in 1852 in Jeffcott Street West Melbourne at the age of 58 years and is buried in Melbourne.