Born in Sumerset England in 1816, daughter of George Pyke Dowling, rector of Puckington, Somerset, and his wife Anne, née Biggs, of an old and wealthy Bristol family.

She had married Denis Maloney in Sydney in 1847 and they later joined the Californian gold rush. Jane’s sister was Elizabeth Clarke née Dowling (1801-1878) wife of William Clarke.

Jane left California and returned to Australia and lived in the first recorded house built at number 57 Roden Street West Melbourne on the 21st of February 1854.(1) The house was constructed of wood and it is believed where her son Dr. William Robert Maloney was born in 1854. Denis Maloney was entered into the baptismal register as William’s father, but he and Jane had already parted.

Life as a deserted wife at that time in the Victorian era was vert tough, thankfully Jane was supported by her brother-in-law William J. T. ‘Big’ Clarke. Many people came to assume that William Clarke was the biological father to Jane’s children as he provided for them in his will.(3)

Lot 11 on section 53, the corner of Roden & King streets in West Melbourne (house numbers 43 to 57 Roden Street) was one of a large number of pieces of land purchased by William Clarke as Melbourne began to expand during the gold rush era. 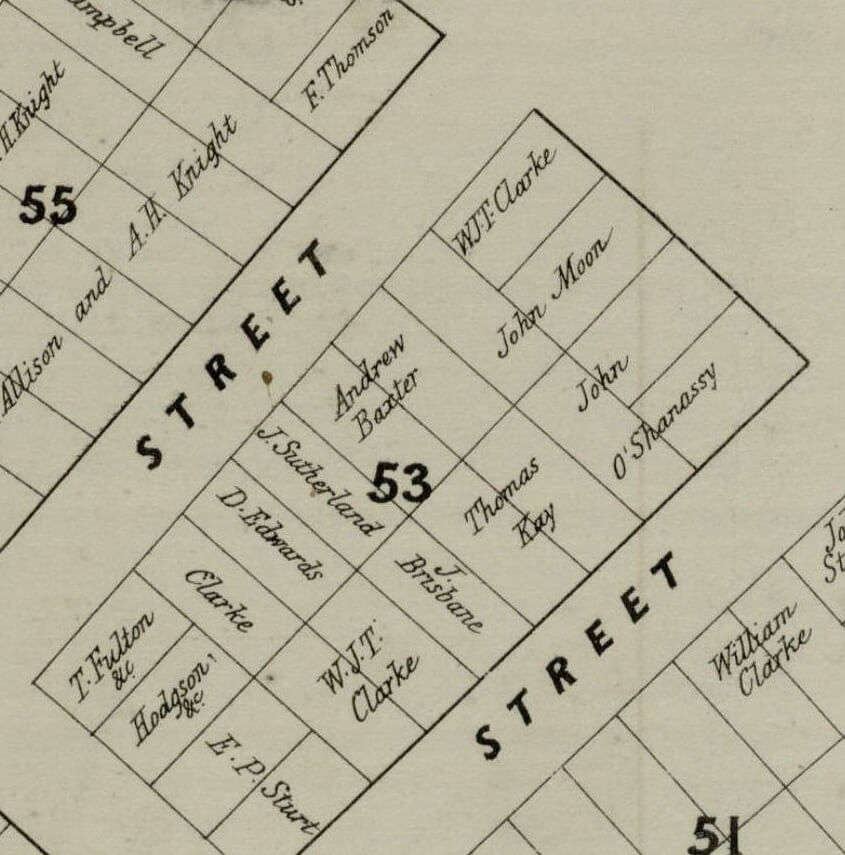 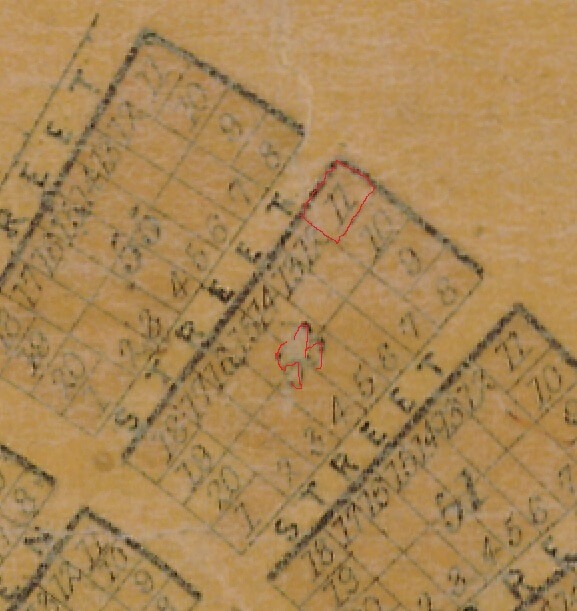 Jane Maloney expands again on the 12th January 1860, by engaging William Dugan to build another house next door.
On the 14th June 1872 Jane engages David Howat, of 180 Williams street to build her an additional second story to an existing building on the corner of Roden & King streets.
On the 14th May 1875 Jane lodges another notice of intention to build 3 additional cottages on her land there in Roden Street West Melbourne, the builder was J.Jude. The next brick house constructed was on the 4th of April 1877, built by Rankin & Sayers. 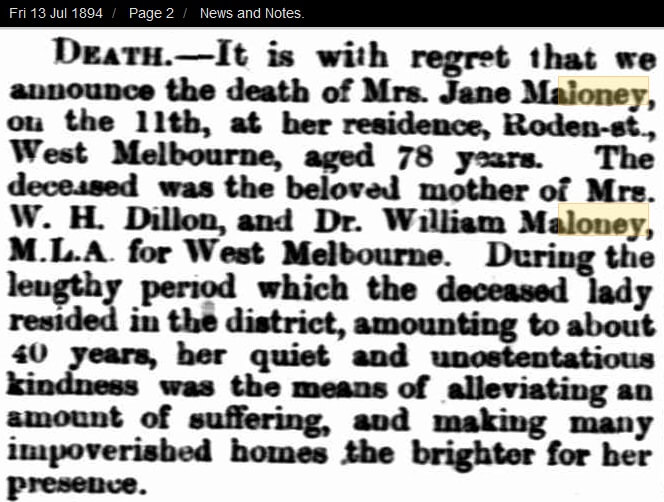