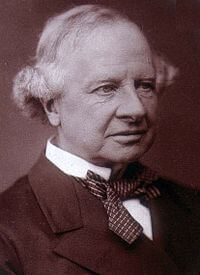 The Great Exhibition of 1851 in London was suggested by Prince Consort Albert in 1849. Its promotion was undertaken by George Leveson-Gower, Earl Granville.

The success he made of it won him a seat in the Cabinet. He became the Queen’s favorite Liberal minister and the brilliant intermediary between her and Gladstone.

His name was loudly applauded overseas. When certain blocks of land were sold in Hotham early in September, 1852, the street running South to North between them was called Leveson Street North Melbourne, it was the only street of that name in Greater Melbourne.(1)