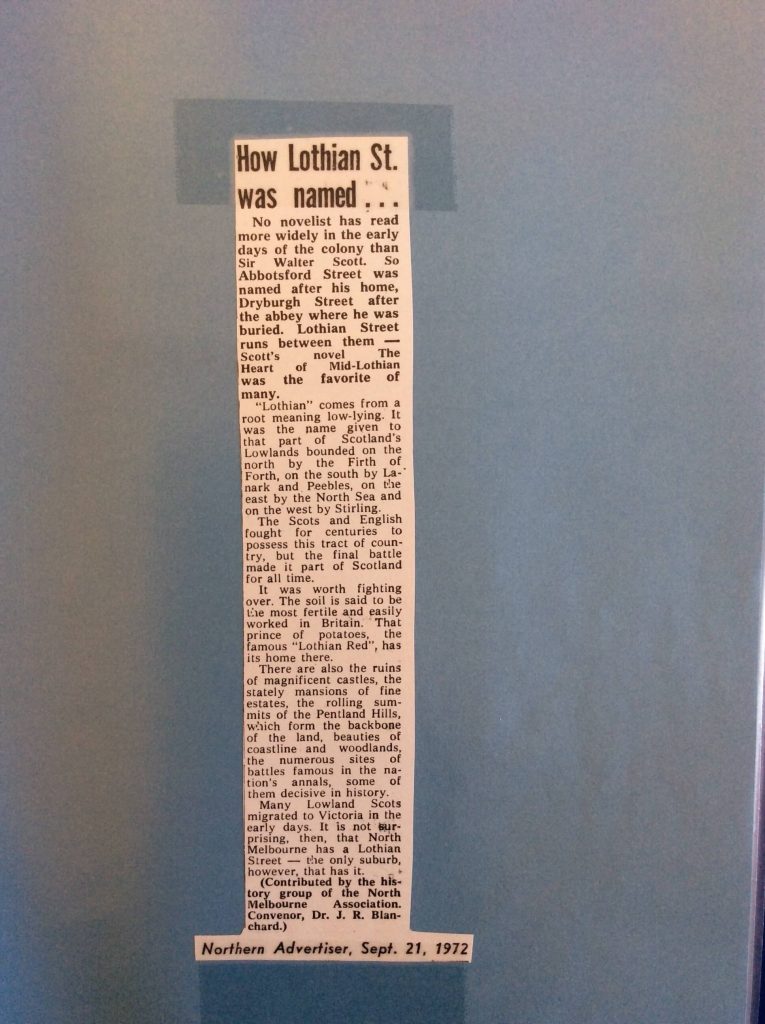 No novelist has read more widely in the early days of the colony than Sir Walter Scott. So Abbotsford Street was named after his home, Dryburgh Street after the abbey where he was buried. Lothian Street runs between them — Scott’s novel The Heart of Mid-Lothian was the favorite of many.

“Lothian” comes from a root meaning low-lying. It was the name given to that part of Scotland’s Lowlands bounded on the north by the Firth of Forth, on the south by Lanark and Peebles, on the east by the North Sea and on the west by Stirling.

The Scots and English fought for centuries to possess this tract of country, but the final battle made it part of Scotland for all time.

It was worth fighting over. The soil is said to be the most fertile and easily worked in Britain. That prince of potatoes, the famous “Lothian Red”, has its home there.

There are also the ruins of magnificent castles, the stately mansions of fine estates, the rolling summits of the Pentland Hills, which form the backbone of the land, beauties of coastline and woodlands, the numerous sites of battles famous in the nation’s annals, some of them decisive in history.

Many Lowland Scots migrated to Victoria in the early days. It is not surprising, then, that North Melbourne has a Lothian Street — the only suburb, however, that has it.(1) 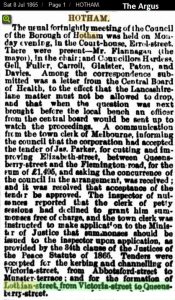 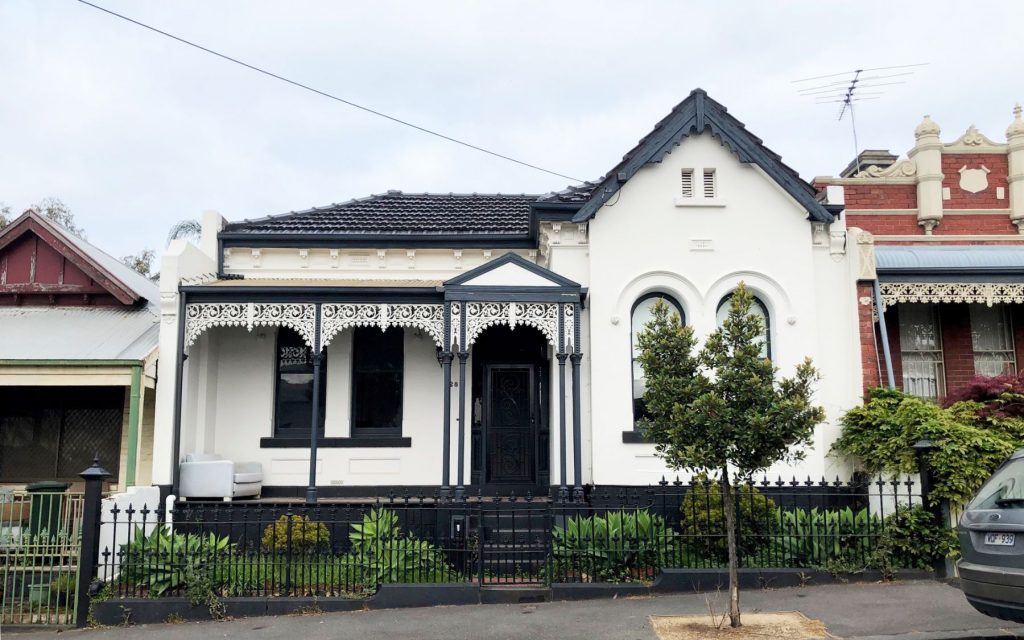 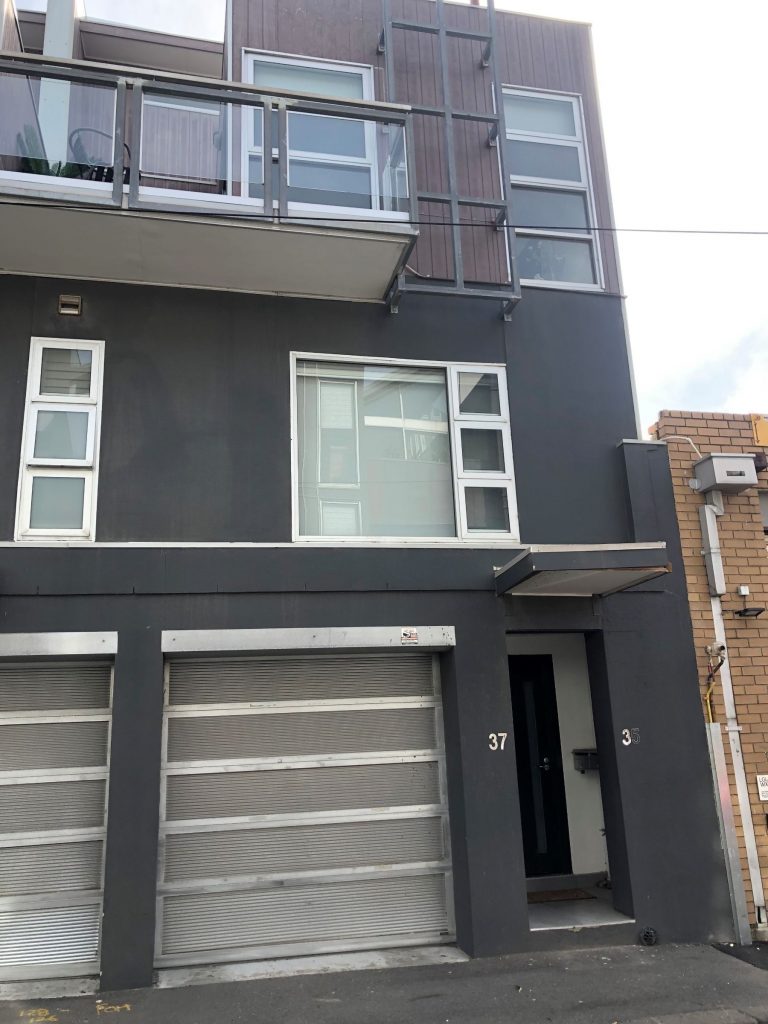 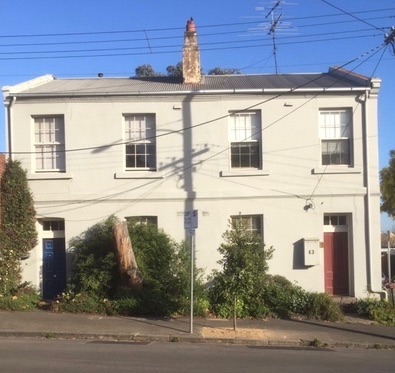 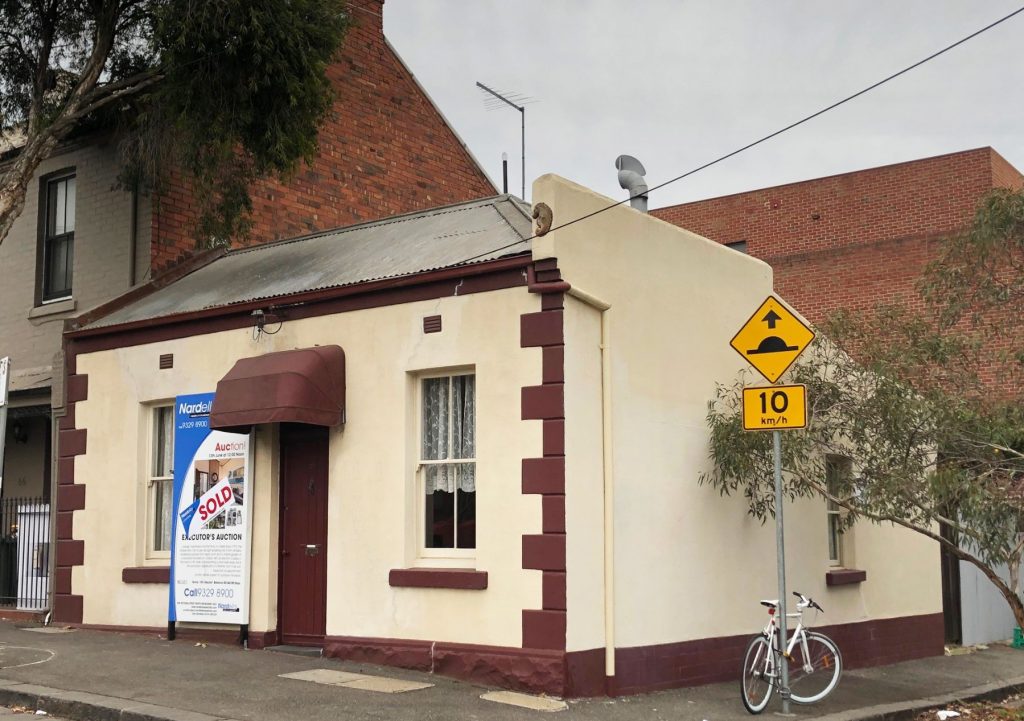