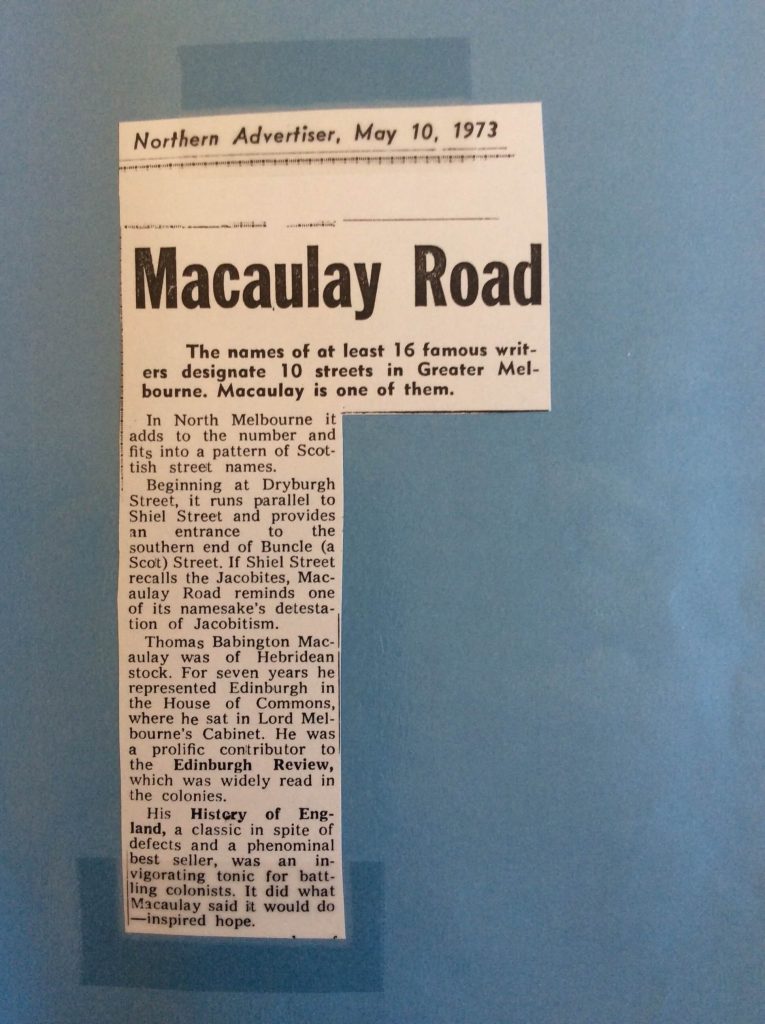 The names of at least 16 famous writers designate 10 streets in Greater Melbourne. Macaulay is one of them.

In North Melbourne it adds to the number and fits into a pattern of Scottish street names.

Beginning at Dryhurgh Street, it runs parallel to Shiel Street and provides an entrance to the southern end of Buncle (a Scot) Street. If Shiel Street recalls the Jacobites, Macaulay Road reminds one of its namesake’s detestation of Jacobitism.

Thomas Bahington Macaulay was of Hebridean stock. For seven years he represented Edinburgh in the House of Commons, where he sat in Lord Melbourne’s Cabinet. He was a prolific contributor to the Edinburgh Review, which was widely read in the colonies.

His History of England, a classic in spite of defects and a phenomenal best seller, was an invigorating tonic for battling colonists. It did what Macaulay said it would do —inspired hope.