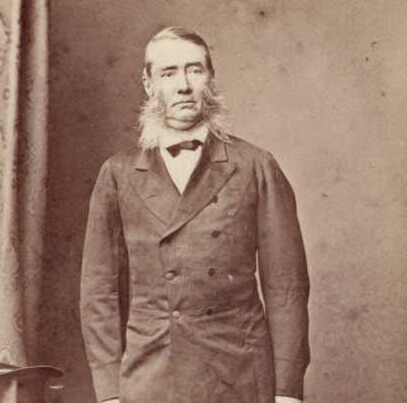 He came from a distinguished family. His paternal grandfather was Archbishop of Canterbury (1805-1828), his father eight times speaker of the House of Commons, and he himself had been a member.

After vice-regal apprenticeships in Bermuda and Trinidad, he was sworn in as Governor of Victoria on August 15, 1866.

It was a time of political crisis, when ministries changed quickly, and a fierce antagonism between the two Houses of Parliament had reached a bitter deadlock.

The new Governor soon made up his mind. “My first duty,” he wrote to the Colonial Office in London, “is to abstain from taking any step which would identify me with either, or any, of the con-tending political parties“.

He adhered to this throughout the long crisis. His experience of parliamentary procedure, knowledge of British law and precedent, and strict impartiality enabled him to bring the ship through the storm.

Though he had a deep dislike of radicals, he never allowed himself to be guided by personal prejudices.

Manners-Sutton was not a colorful or dynamic personality, but he was a just, conscientious, competent Governor. His popularity was well-established when he left the State in March 1873.

The first street south of and parallel to Alfred Street in North Melbourne — named after the, Prince, was called Sutton Street after the then Governor. So Hotham’s northern flank was given royal and vice-regal honors.(2)