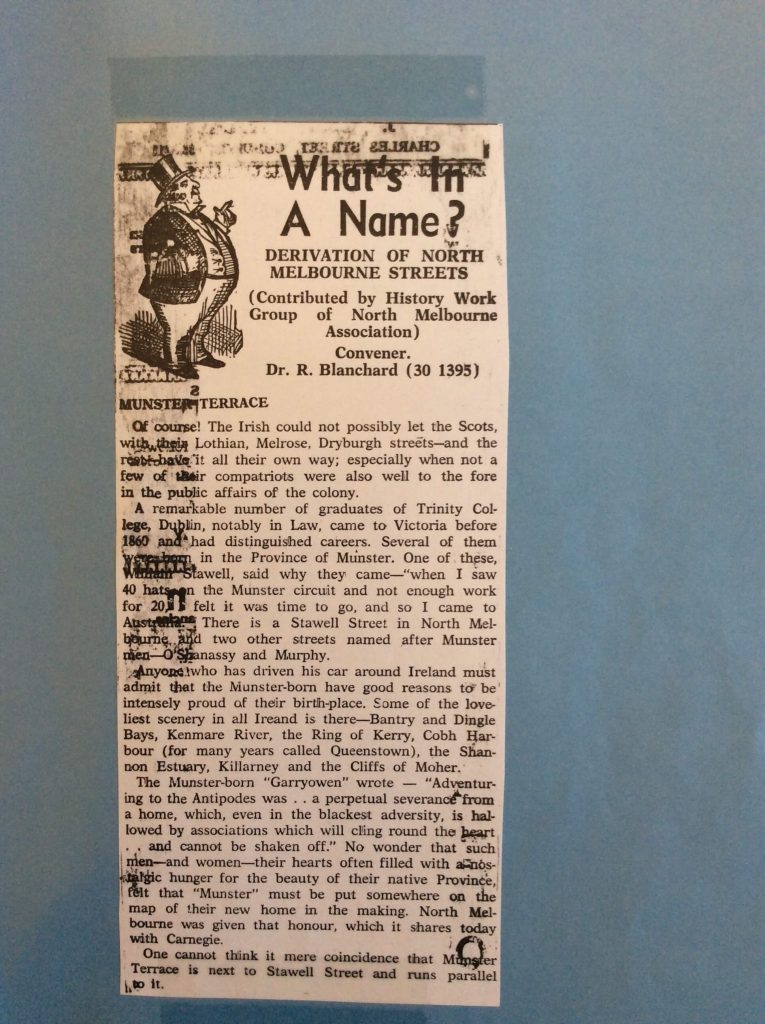 Of curse the Irish could not possibly let the Scots, with their Lothian, Melrose, Dryburgh streets—and the rest have it all their own way; especially when not a few of their compatriots were also well to the fore in the public affairs of the colony of Victoria.

A remarkable number of graduates of Trinity College, Dublin, notably in Law, came to Victoria before 1860 and had distinguished careers. Several of them were born in the Province of Munster. One of these, William Stawell, said why they came—”when I saw 40 hats on the Munster circuit and not enough work for 20, I felt it was time to go, and so I came to Australia”. There is a Stawell Street in North Melbourne, and two other streets named after Munster men – O’Shanassy and Murphy.

Anyone who has driven his car around Ireland must admit that the Munster-born have good reasons to be intensely proud of their birth-place. Some of the loveliest scenery in all Ireland is there—Bantry and Dingle Bays, Kenmare River, the Ring of Kerry, Cobh Harbour (for many years called Queenstown), the Shannon Estuary, Killarney and the Cliffs of Moher.

The Munster-born “Garryowen” wrote — “Adventuring to the Antipodes was .. a perpetual severance from a home, which, even in the blackest adversity, is hallowed by associations which will cling round the heart .. and cannot be shaken off.” No wonder that such men—and women—their hearts often filled with a nostalgic hunger for the beauty of their native Province, felt that “Munster” must be put somewhere on the map of their new home in the making. North Melbourne was given that honour, which it shares today with Carnegie.

One cannot think it mere coincidence that Munster Terrace is next to Stawell Street and runs parallel to it.(1) 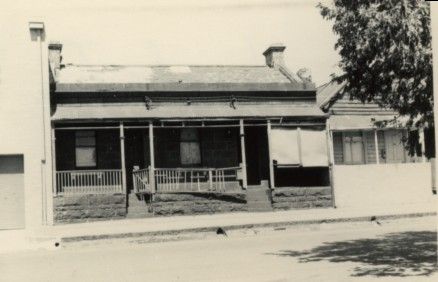