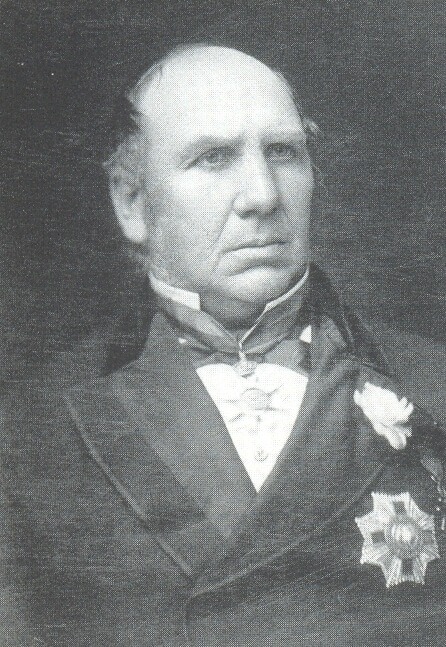 On the voyage he was often up in the rigging alone with a book — he was always a “determined self-improver”.

Arriving in Melbourne, he was persuaded to stay.

For a year or so he ran a pub (The Australian ), in Collins Lane, and then began ‘raising sheep at Western Port.

Lack of capital and scab in sheep beat him.

Back in Melbourne, He opened a draper’s shop at 99 Elizabeth street, which, owing mainly to the energy of is wife, became a thriving business and in the Gold Rush the source of a substantial fortune.

Politics
He became active in local politics and was soon the acknowledged leader of the Irish catholic community.

A forcible, but not eloquent speaker, formidable in debate, scathing in attack when roused, sound in his rasp of constitutional questions, and gifted in ‘parliamentary capacity’, he was Premier three times.

He was a founder of the Anti-Transportation League, an advocate of Separation from New South Wales, an agitator for full responsible government, a rigid opponent of protection, State education, and the squatting interests, against whom he worked to open up the land for settlement.

He was also an early champion of Federation.

Papal Knight
He became a large landholder and Governor of the Colonial Bank, for long known as O’Shanassy’s” or the “Catholic” Bank.

In 1867 he was made a Papal Knight for his services to the Roman Catholic Church, which were very great and in 1874 a KCMG, for service to the State. Following the Phoenix Park murders in Dublin in 1882, Irish residents drew up an address, urging their compatriots in Ireland to resist to the last “Her Majesty’s Government which is a foreign despotism.”

The next year he lost his seat.

In a constituency of 4000, mainly Irish, he polled only 300 votes. The sting of his compatriots’ ingratitude, for whom he had worked so long and hard, broke his spirit.

He died within three months, aged 85.

So ended a remarkable political career of 32 years.(1)