Phyllis Murphy practiced as an architect in Melbourne from 1949 until her retirement in the early 1980s. She and her husband John had a successful architectural practice and worked on many major projects together. Phyllis was also known for her work with wallpaper design and restoration.

Phyllis, who has retired, has been collecting wallpapers for the past thirty years and is one of Australia’s foremost authorities on the topic.

The Murphys completed a number of conservation projects through the National Trust (Victoria) in the 1960s and 1970s.

Click on the image below to watch the video. 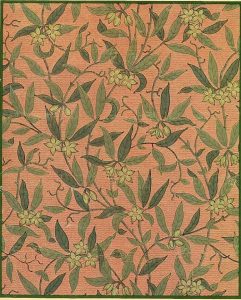