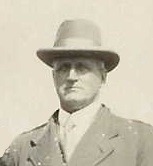 Samuel John Marshall (1873-1944) was an English born industrial chemist and business man who manufactured and wholesaled Rayes cough and colds Balsam from his premises at 1-11 Hawke street in West Melbourne. (1)

Arriving in Melbourne sometime prior to 1892, Samuel met and married Eliza Ann Quick (2) and they had two daughters, their first child named Lilian, was born in 1893 but she tragically died just 5 months later in 1894.(3) Their second child named Amelia was born in 1895, (4). Eliza Ann Quick sadly passed away at the very young age of 24 years in Brunswick, in 1897 leaving her husband Samuel Marshall to raise their 2 year old daughter Agnes, on his own.

Single parent was hard and Samuel eventually met and married Agnes Harrow Amiet, six years later in 1903. (5) They lived at Flemington Road in North Melbourne for a short time then later moved to 272 Victoria Street, opposite the Queen Victoria Market in West Melbourne. 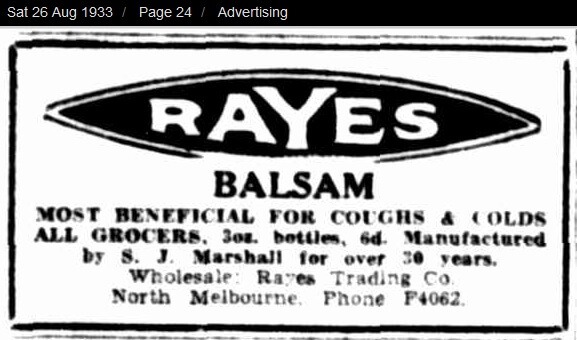 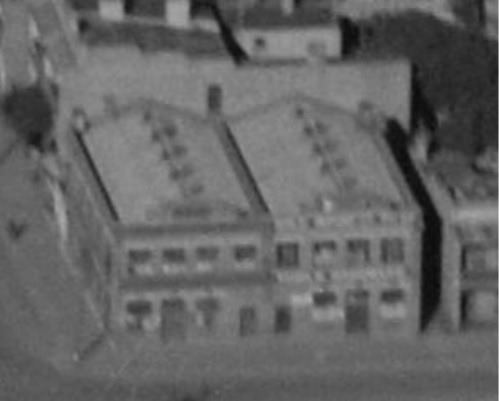 Within the space of about 17 years in Melbourne, Samuel had successfully saved up just enough funds to purchase the vacant land on the corner of Hawke and King street, known as 1-11 Hawke Street in 1920.

It was with the valued assistance of Architect James A Wood of 17 Queen Street (6) and the builder Able Peters of the T&G Building in Little Collins Street (7) that Samuel could build his combined headquarters and manufacturing facility at 1-11 Hawke Street at a cost of 2,400 pounds. The building today is located in the municipality of Melbourne, its registered as contributory to the level of significance for the surrounding area and is included in heritage overlay HO3. 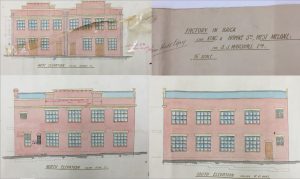 Four years after construction, in 1924 Samuel John Marshall was honored by an appointed to the Chemists Manufacturers Board of Victoria. 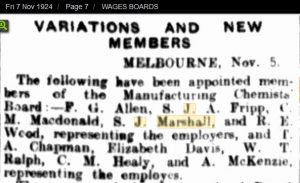