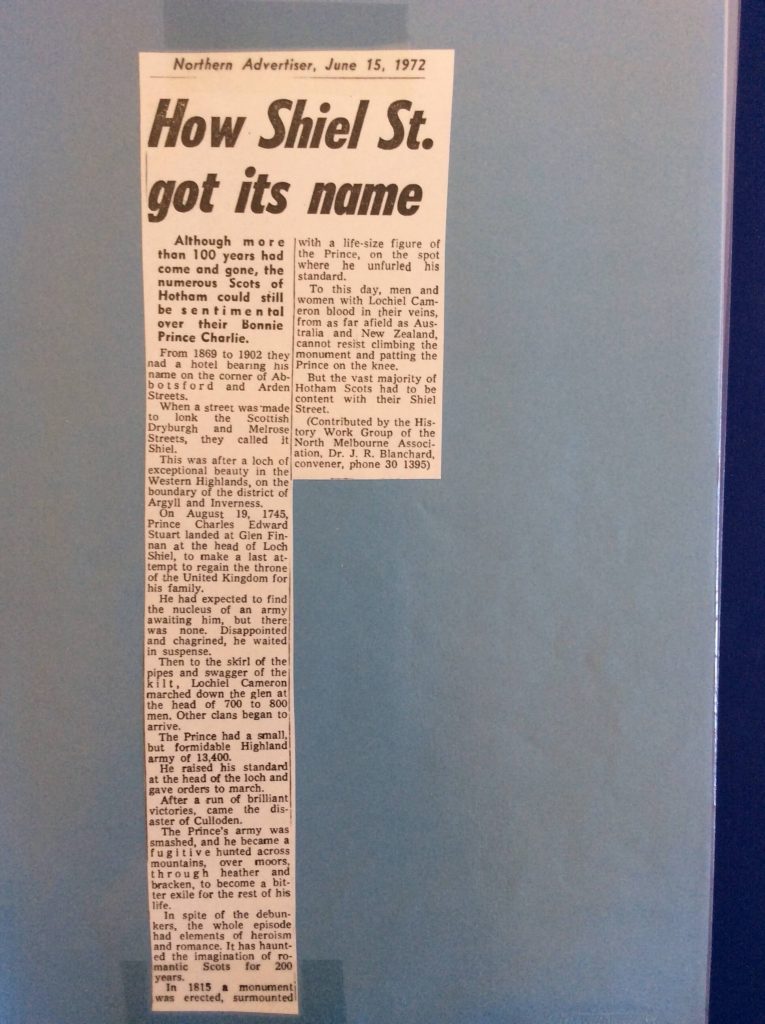 Although more than 100 years had come and gone, the numerous Scots of Hotham (North Melbourne) could still be sentimental over their Bonnie Prince Charlie.

From 1869 to 1902 they had a hotel bearing his name on the corner of Abbotsford and Arden Streets North Melbourne. When a street was made to link the Scottish Dryburgh and Melrose Streets, they called it Shiel.

This was after a loch of exceptional beauty in the Western Highlands of Scotland, on the boundary of the district of Argyll and Inverness.

On August 19, 1745, Prince Charles Edward Stuart landed at Glen Finnan at the head of Loch Shiel, to make a last attempt to regain the throne of the United Kingdom for his family.

He had expected to find, the nucleus of an army awaiting him, but there was none. Disappointed and chagrined, he waited in suspense.

Then to the skirl of the pipes and swagger of the kilt, Lochiel Cameron marched down the glen at the head of 700 to 800 men. Other clans began to arrive. The Prince had a small, but formidable Highland army of 13,400.

He raised his standard at the head of the loch and gave orders to march.

After a run of brilliant victories, came the dis aster of Culloden.

The Prince’s army was smashed, and he became a fugitive hunted across mountains, over moors, through heather and bracken, to become a bitter exile for the rest of his life.

In spite of the de-bunkers, the whole episode had elements of heroism and romance. It has haunted the imagination of romantic Scots for 200 years.

In 1815 a monument was erected, surmounted with a life-size figure of the Prince, on the spot where he unfurled his standard at loch Shiel.

To this day, men and women with loch Shiel Cameron blood in their veins, from as far afield as Australia and New Zealand, cannot resist climbing the monument and patting the Prince on the knee.

But the vast majority of Hotham (North Melbourne) Scots had to be content with just naming theirs Shiel Street.(1) 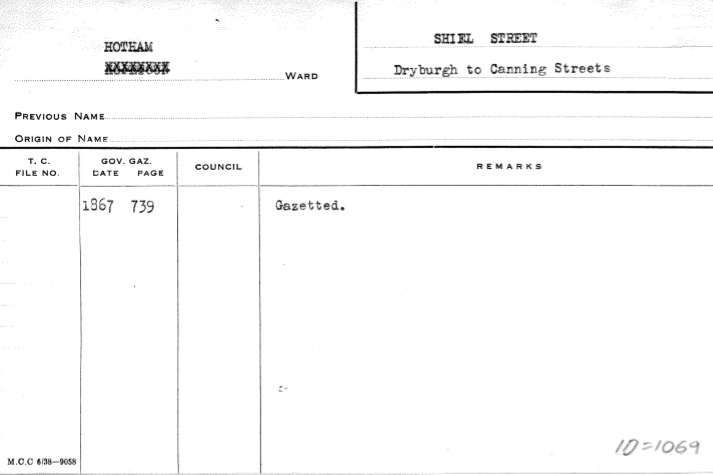