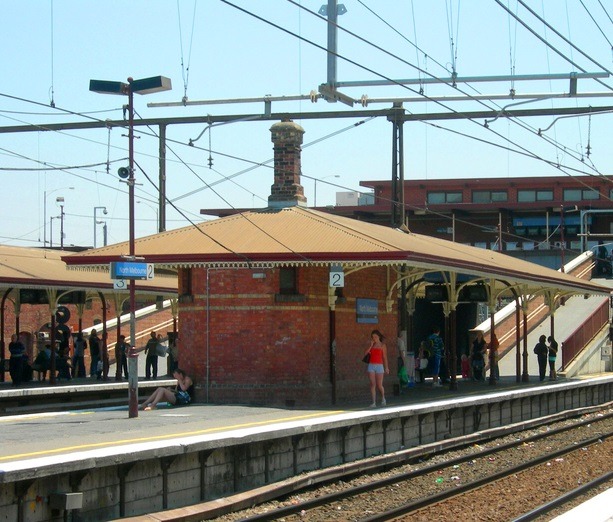 North Melbourne railway station is located in West Melbourne, Australia. The station is a major interchange point with the Craigieburn, Flemington Racecourse, Sunbury, Upfield, Werribee and Williamstown lines all servicing the station. It opened on 6 October 1859, and is listed on the Victorian Heritage Register. https://vhd.heritagecouncil.vic.gov.au/places/889

At the same time as the one above, Spencer Street Station (now Southern Cross Station) was originally known as Batman’s Hill Railway Station. Passenger services were started in 1859 with a single main platform. 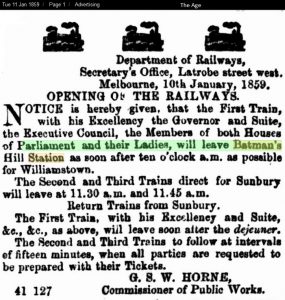 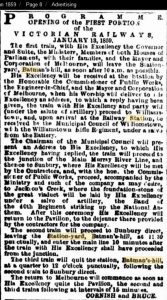 The station was provided with an additional platform in 1874. In 1879, Spencer Street and Flinders Street stations were linked by a single-track ground-level line, operating at night for goods trains alone. In 1862, for the first time, Spencer Street Station was provided with a fleet of 32 passenger locomotives. The station was redeveloped during 1875-1880 and was added with an additional passenger platform, new goods sheds and engine sheds.

Spencer Street was installed with the first signal box in 1880. Construction of a viaduct to link Flinders Street Station with Spencer Street Station began in 1888. In 1891, the viaduct was opened for goods traffic with a speed limit of 15mph and passenger trains were introduced in 1894. As a part of electrification of the suburban railway network, the viaduct was expanded to four tracks in 1915. The station was provided with four new platforms between 1918 and 1924. One might imagine sometime in the not too distant future, and given sufficient encouragement to the State Government, the Southern Cross Train Station could be relocated totally underground. While the entire land area above Southern Cross Station and track lands above ground might be converted into an public open green space area.

In 1880, a wounded Ned Kelly carried on a mattress, had arrived by train from Benalla at the North Melbourne Railway station and then taken off to Melbourne Gaol. 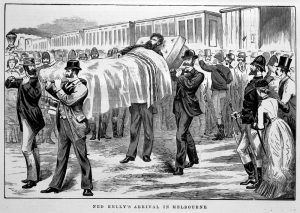