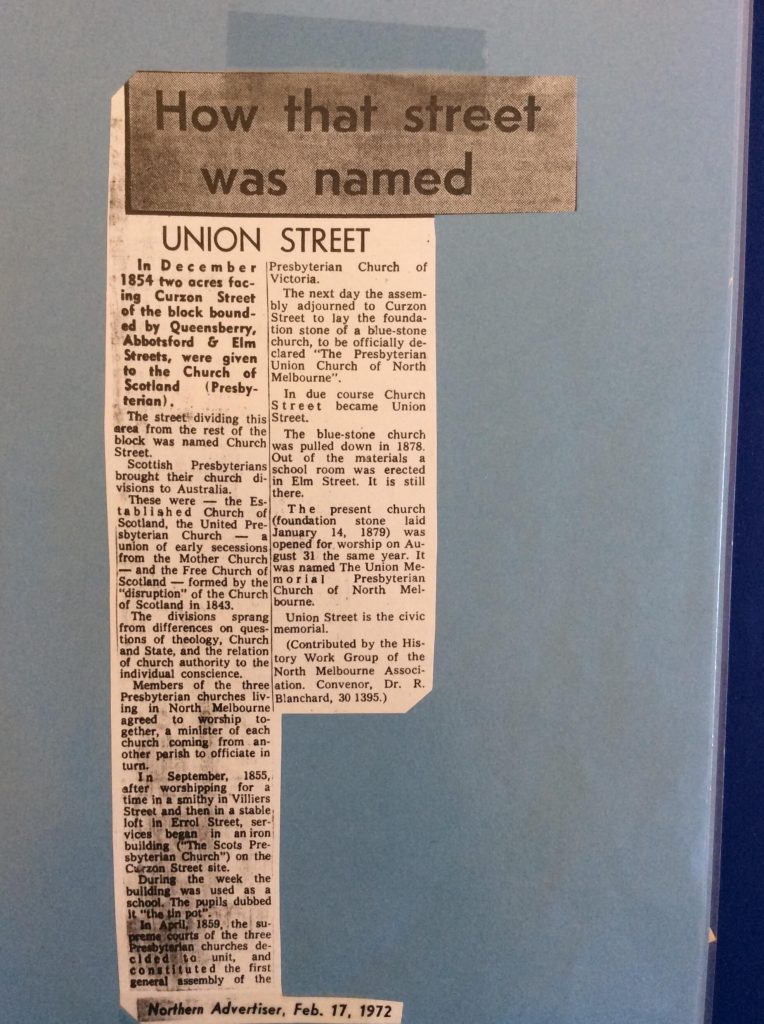 In December 1854 two acres of land facing Curzon Street of the block bounded by Queensberry, Abbotsford & Elm Streets, North Melbourne were given to the Church of Scotland (Presbyterian). The street dividing this area from the rest of the block was initially named Church Street.

The divisions sprang from differences on questions of theology, Church and State, and the relation of church authority to the individual conscience.

Members of the three Presbyterian churches living in North Melbourne all agreed to worship together, a minister of each church coming from another parish to officiate in turn.

In September, 1855, after worshiping for a time in a smithy in Villiers Street and then in a stable loft in Errol Street, services began in an iron, building “The Scots Presbyterian Church” on the Curzon Street site.

During the week the building was used as a school and its pupils dubbed It “the tin pot“.

In April, 1859, the supreme courts of the three Presbyterian churches decided to unite, and constituted the first general assembly of the Presbyterian Church of Victoria.

The next day the assembly adjourned to Curzon Street to lay the foundation stone of a bluestone church, to be officially declared “The Presbyterian Union Church of North Melbourne”.

The bluestone church was later pulled down and replaced with a grander church building in 1878. Out of the materials a school room was erected in Elm Street. It’s still there.

The present church, its foundation stone laid January 14, 1879, was opened for worship on August 31 the same year. It was named The Union Memorial Presbyterian Church of North Melbourne. 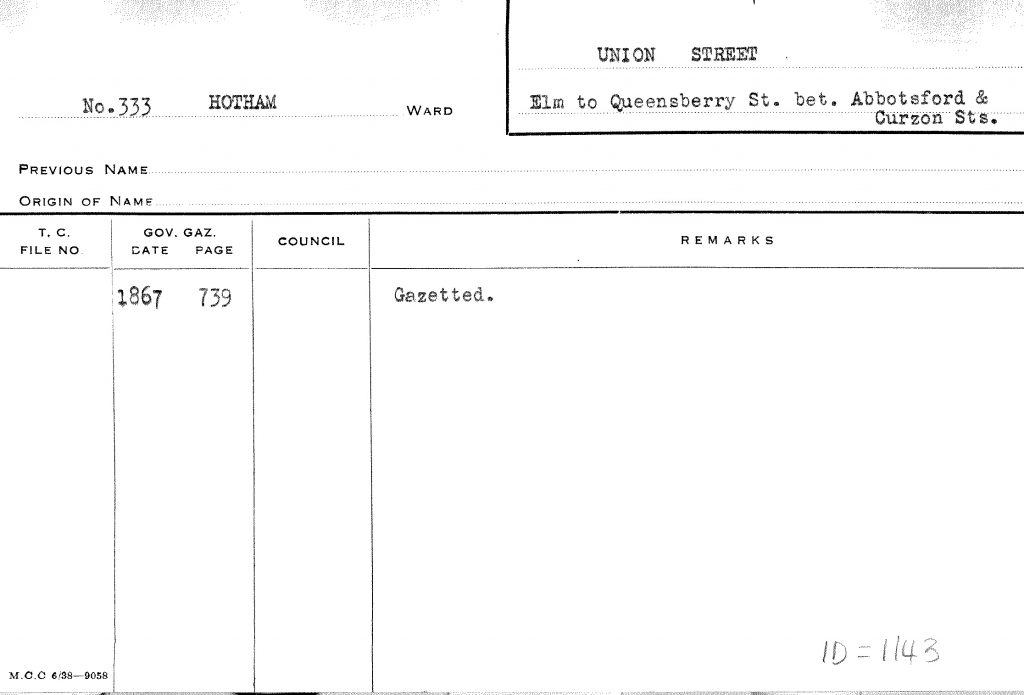