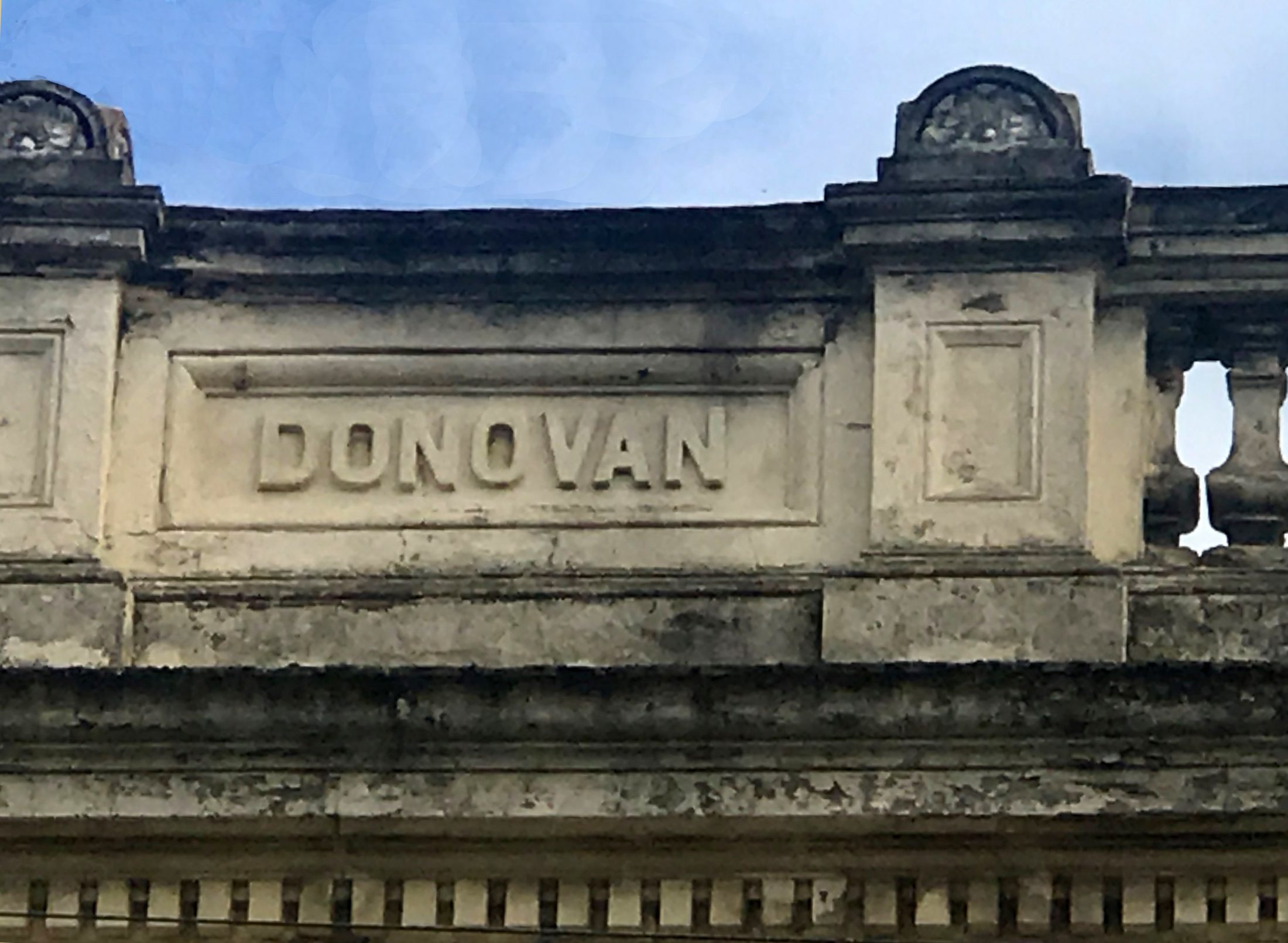 William Donovan was a significant person in North Melbourne in the late 1800s. In 1867 he purchased land and built a house in Wood Street. At this time he was described as a “labourer”. By 1888 he warranted a listing in “Victoria and its Metropolis”, published to mark 50 years of settlement (page 719). When he died in 1898 he owned 16 houses in North Melbourne. A lane off Wood Street is named after him. 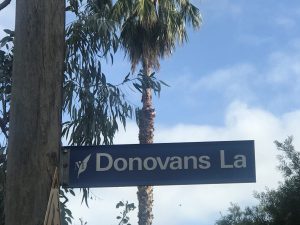 Donovan was born in Limerick, Ireland on the 15th of August 1839. In 1860 he sailed to Melbourne on the “Great Tasmania”, no doubt to seek a better life. On the ship`s manifest he was listed as a “labourer”. After ten months in the carting business he travelled to New Zealand and worked in mining there for four years. On his return to Melbourne in 1865 he started a carting business with one horse and dray.

In 1867 Donovan was able to buy land in the newly subdivided Wood Street on Hotham Hill. He initially built a two room wooden house and stables at what was to become 18 Wood Street. He was the second resident of Wood Street which was gazetted in 1867(see the history of Wood Street in the Streets section). In that year he married Susan Powell, not long after she arrived from Limerick. Perhaps they had known each other in Limerick, or in some other way it was arranged for Susan to come out to join him. In 1871 he purchased the adjoining block which was to become 16 Wood Street.

William and Susan had four daughters and their house over time increased to five rooms. Tragically all four daughters died very young, three in 1876 from typhoid fever and one in 1880. In 1883 he built a grand two storey brick Victorian house which he named Erin House on his block next door. There was then a further tragedy with Susan dying in 1884. A year later Donovan married Annie E Hamilton and they moved into the new house. William and Annie had five children, the first sadly dying aged three.

Donovan became a very successful businessman and by 1888 his carting business had twenty-two drays and his office was at the Australian Wharf (north). He also was very active as a property owner and developer in North Melbourne. In 1880 he built a double fronted brick house at 29 Canning Street and the following year sold it to William Gidney, another North Melbourne identity. In 1885 he built Erin Terrace – four two-story houses that became 8 to 14 Wood Street. Then in 1890 on the corner of Abbotsford and Wood Streets (now 393 and 395 Abbotsford Street) he built the two-story brick Donovan Building consisting of two shops and dwellings.

Soon after 1888 Donovan transitioned away from his carting business. In his final will written in 1892 there is no mention of the carting business or associated property. In this document he is described as a “Contractor”. When he died in 1898 he was a wholesale and retail butcher, running his business from the Donovan Building on the corner of Wood Street. An item in a local newspaper indicated that he had died at his home of a stroke. The report said that “although not a public man in any sense of the word he was well known and widely esteemed and respected”. He was reported to have taken great interest in the erection of the new church for the catholic St Mary Star of the Sea in Victoria Street West Melbourne. The rebuild was started in 1882 and completed two years after Donovan`s death. He was a large contributor to the building funds.

As noted above Donovan`s first child with Annie in 1886 sadly died in 1889. When Donovan died he was survived by four children, Grace (1887), William (1889), Charles (1892) and Frank (1893). His last will written in 1892 does not have provision for future issue and his 16 houses are to be held in trust for the boys, William and Charles, when they turn 25 (1914 and 1917 respectively). It appears Frank missed out. The family was allowed to remain rent free in 16 Wood Street for five years and there were small annuities for Annie and Grace. The family is said to have scrapped money together to provide a good education for Frank.

After the rent free period in their Wood Street home the family moved to a small farm at Berwick and later to the Melbourne suburb of Murrumbeena. William became a sharebroker, Charles a banker and Frank a doctor (GP). Annie died in 1923. Grace married in 1925.