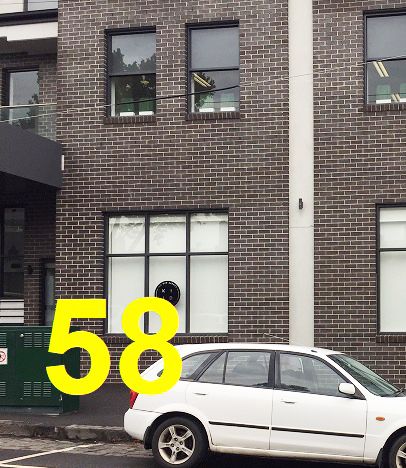 This site is a classic example of what all too frequently happens under the Planning Scheme of the Melbourne City Council. Small single fronted and even double fronted blocks that were intended for the provision of mixed working class and middle class housing in the mid to late Victorian period have been randomly consolidated into larger parcels onto which this form of over-development has occurred.

The overdevelopment of this site imposes a scale of development which is completely out of character with the existing surrounding period architectural style of Victorian single and double storey homes.

The Planning Scheme encourages Mixed Use developments. This in itself is not inconsistent with the Victorian settlement patterns but in its modern interpretation does encourage out of scale densities. However, this may apply as much to residential-only developments. The resulting building form lacks a positive balance and harmony with its surrounding neighbours.

Many potential residents who aspire to live in inner Melbourne would prefer to live in a discrete residential home with its own open space; an opportunity provided by sites such as the original 56 to 62  Abbotsford Street, especially with an imaginative and clever renovation/extension.

The major determinant of this intensification policy is the increase in land values. The developers need greater density to justify their profits. This direction is reinforced by decisions of the undemocratically elected City of Melbourne where residential votes are completely outweighed by the votes of companies and non-residential property owners. This gerrymander is supported by the State Government which is responsible for setting up the Council and the State also endorses greater densification.

It is clear that the current rules encourage greater density. Multi-story developments are facilitated. They are constructed boundary to boundary and provide minimal open space, apart from limited balconies. The tragedy of the situation is that the Melbourne Planning Scheme encourages further height increases when future developments are proposed to raise even further the residential density of the local area, using the height of these rogue buildings as a precedent for higher development.

If you are a concerned resident, get more involved and raise your voice in support when ever possible, help to strengthen local historical heritage laws, otherwise single and double storey cottages maybe doomed in the longer term, despite whatever protection may be given by the existing less than robust Heritage controls.

A four level block consisting of 3 flats and 3 offices replaced the single story factory in 2012.

Other significant building works carried out by David & William Lander can be found here. 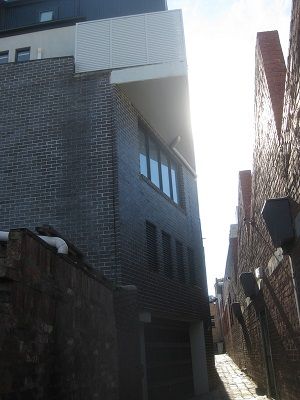 William Lander’s historic 1860 house was sadly demolished around 1962 and has since been replaced with a block of flats that has no front or back garden space. 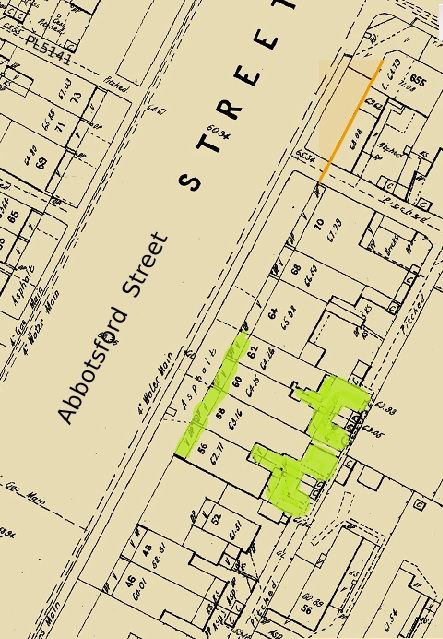 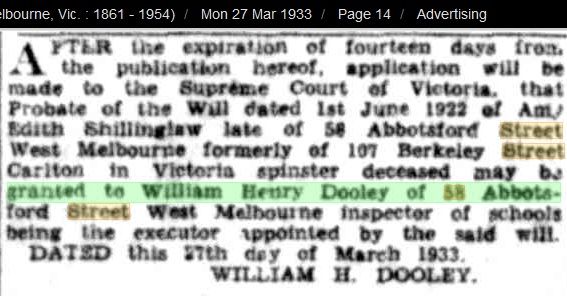 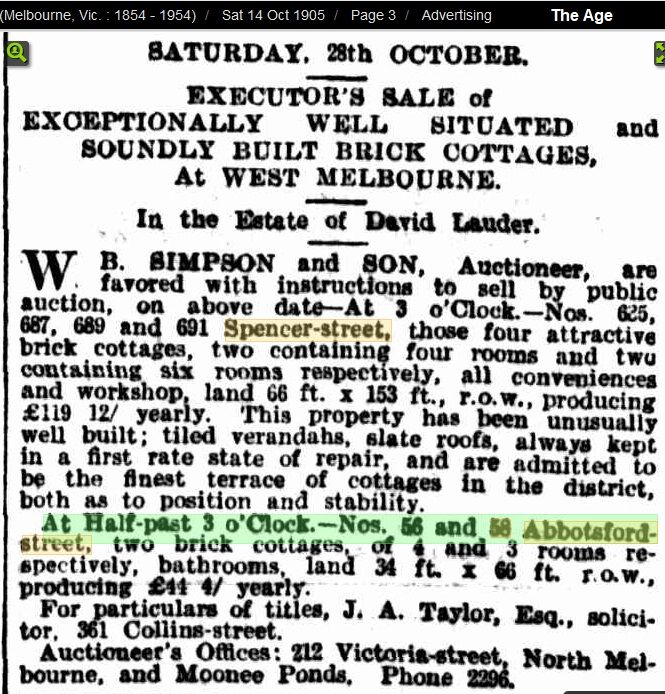 David Loader was living at 58 Abbotsford street in 1862. 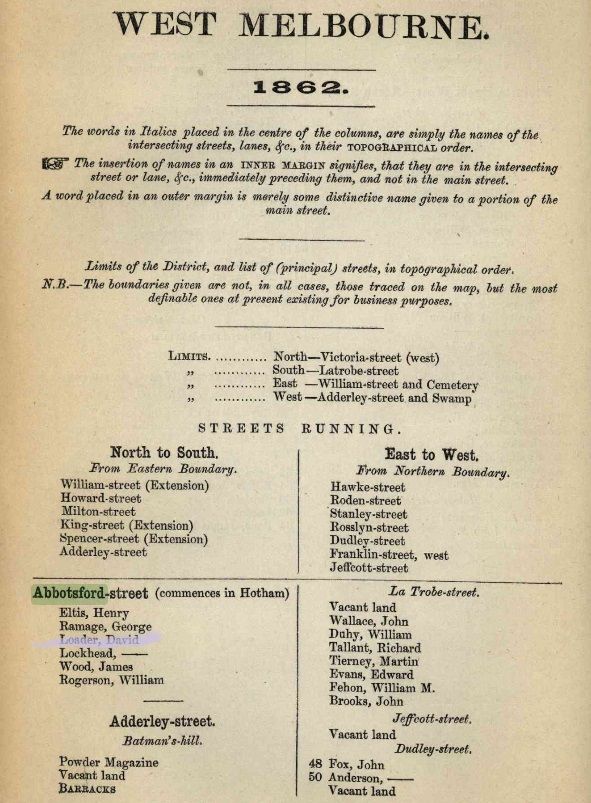