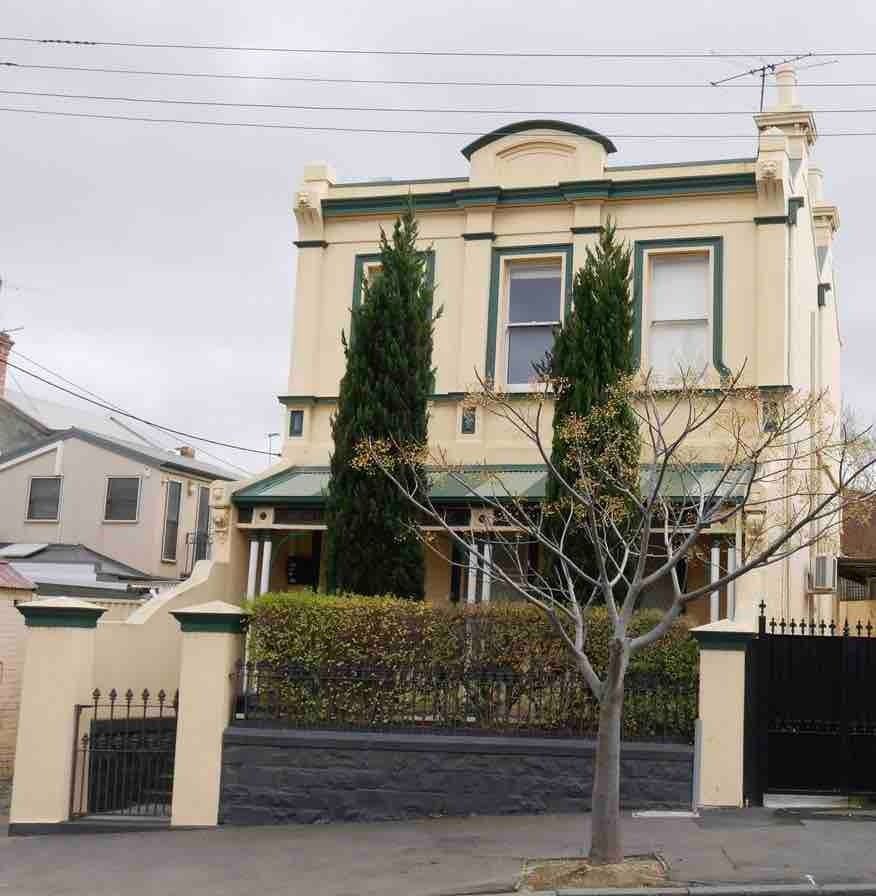 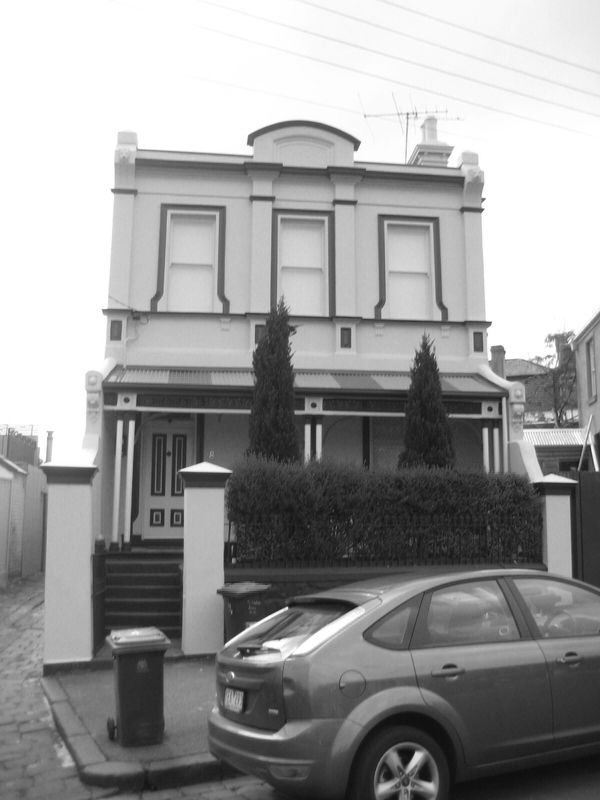 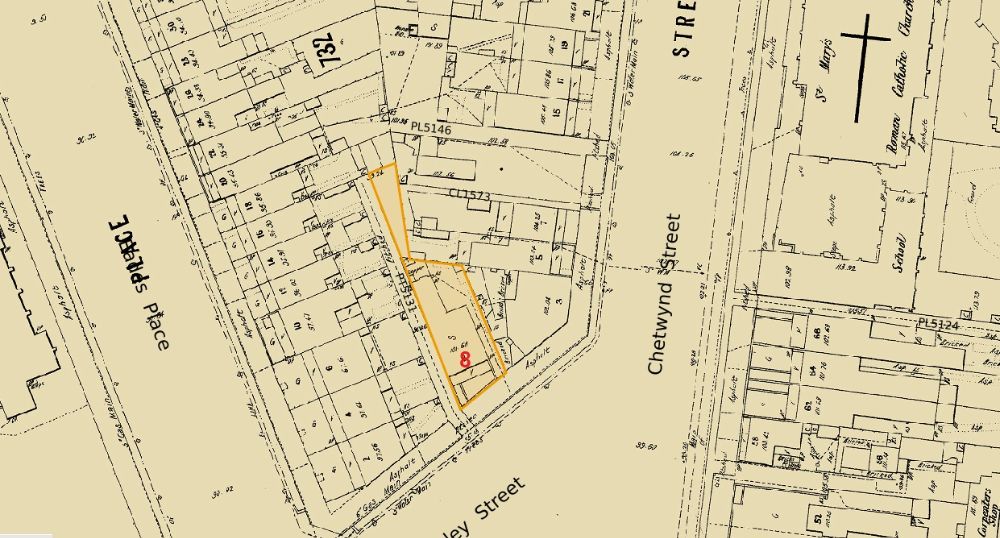 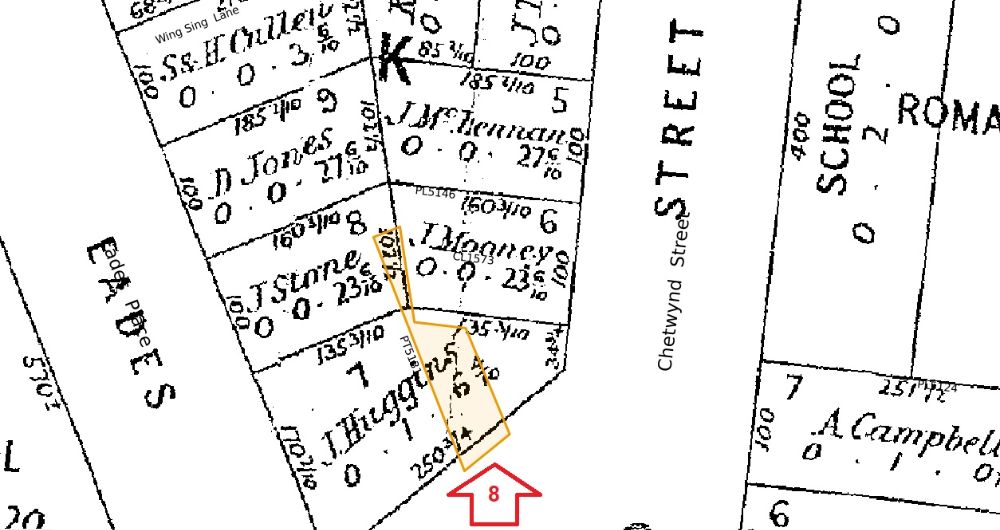 Although it states ‘Erroll’ Street we believe it was actually Stanley Street.

Type: Two-storey house, with a private back yard garden.

Marion and John Robertson Cameron lived at this address in 1904. 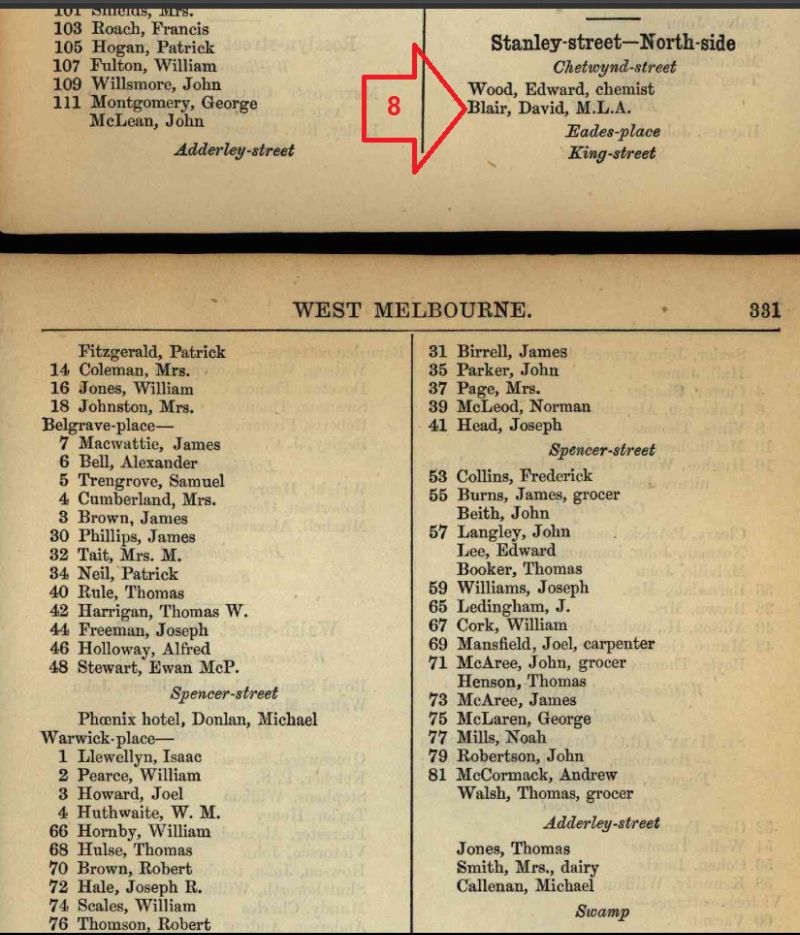 TO THE EDITOR OF THE ARGUS.

Sir, – Will you be good enough to allow me, in the interests of the public peace, to call the special attention of the Chief Commissioner of Police, through your columns, to the following statement of facts?

This afternoon, at a spot where three streets join, a gang of drunken “roughs” kept up, for fully three hours, a confused and savage fight, and there was no police interference all the time.

The spot where this disorderly riot (for it was no less) occurred is near the north-west corner of the flagstaff-gardens, at the junction of King and Chetwynd streets with Eades-place, and in full sight of my house.

The time was from 3 to 6 o’clock p.m. I chanced to have been taking an afternoon ramble with my children and did not return home till 6 o’clock. At that hour, a friend called my attention to the crowd and added that a most disgraceful fight had been going on there for the whole afternoon. I at once, seeing the case, asked my friend to step over to Hotham police station, adjacent, and to state the circumstances, giving my name, and asking that a policeman might be sent to quell the disturbance. I then stepped over to the crowd, and learned from at least a score of witnesses the facts already stated, with the additional circumstances that sticks had been freely used in the general battle, and that heads had been broken and faces fractured, more or less, during its progress. I saw, moreover, that some scores of children and youths, besides a considerable body of adults, were keenly enjoying the whole scene. All at once, whilst I was inquiring, the combatants rapidly dispersed. I turned round and observed the constable from Hotham calmly looking on. I pointed out to him, within a few yards of where he stood, two of the rioters staggering away, without coats, battered in face, and using the foulest language loud enough to be heard by the whole street, To my inquiry whether he meant to take those two ruffians into custody, the guardian of the public peace in a tone of studied insolence informed me that he had “observed nothing.”

If Captain Standish requires corroborative evidence of the truth of the foregoing statement, I shall be happy to furnish him with the names of a dozen reputable householders who will testify to them readily. And now allow me a final observation. It is this: – We pay, in round numbers, £200,000 a year for our police force. We grant very nearly the same amount in aid of public education. The whole £400,000, I humbly submit, is wickedly wasted if the real kind of education given to its children by the state-to say nothing at all of police protection be opportunities of witnessing the brutal atrocities of act, and of hearing the worse than brutal

atrocities of language indulged in unchecked by gangs of drunken ruffians in the open streets on Saturday half-holidays. I am, &c., DAVID BLAIR. Stanley-street, Oct. 15.