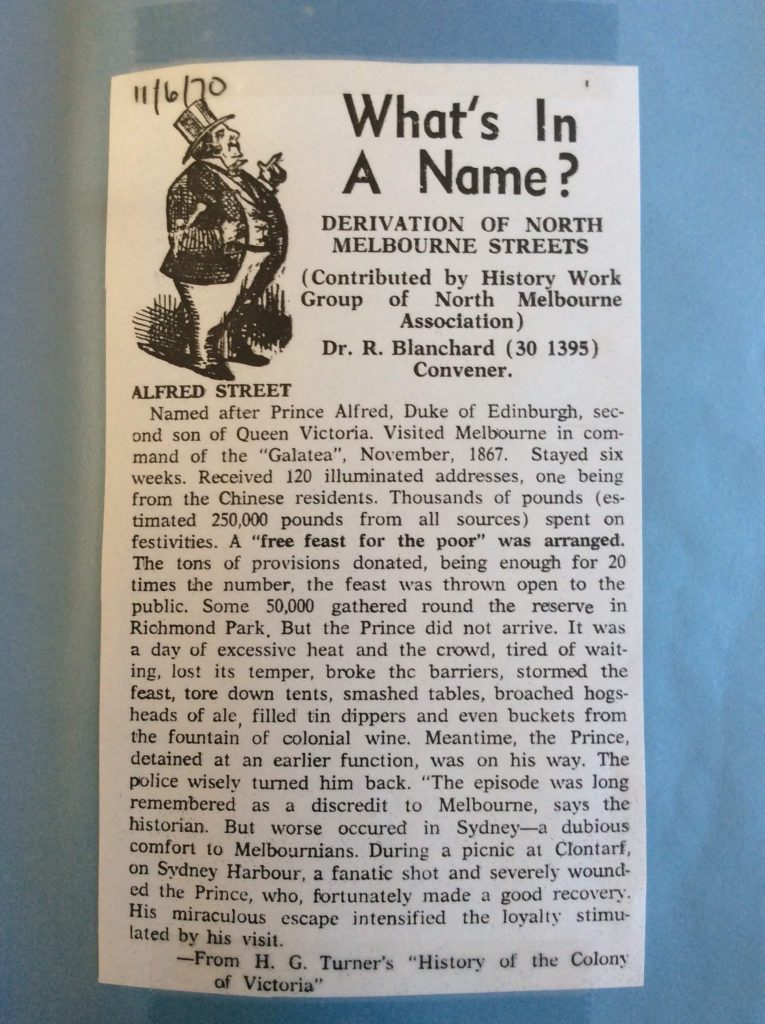 Named after Prince Alfred, Duke of Edinburgh, second son of Queen Victoria. Visited Melbourne in command of the “Galatea”, November, 1867. Stayed six weeks. Received 120 illuminated addresses, one being from the Chinese residents. Thousands of pounds (estimated 250,000 pounds from all sources) spent on festivities. A “free feast for the poor” was arranged.

The tons of provisions donated, being enough for 20 times the number, the feast was thrown open to the public. Some 50,000 gathered round the reserve in Richmond Park. But the Prince did not arrive. It was a day of excessive heat and the crowd, tired of waiting, lost its temper, broke the barriers, stormed the feast, tore down tents, smashed tables, broached hogs-heads of ale, filled tin dippers and even buckets from the fountain of colonial wine.

Meantime, the Prince, detained at an earlier function, was on his way. The police wisely turned him back. “The episode was long remembered as a discredit to Melbourne, says the historian. But worse occurred in Sydney—a dubious comfort to Melbournians. During a picnic at Clontarf, on Sydney Harbour, a fanatic shot and severely wounded the Prince, who, fortunately made a good recovery. His miraculous escape intensified the loyalty stimulated by his visit. —From H. G. Turner’s “History of the Color of Victoria.”(1)