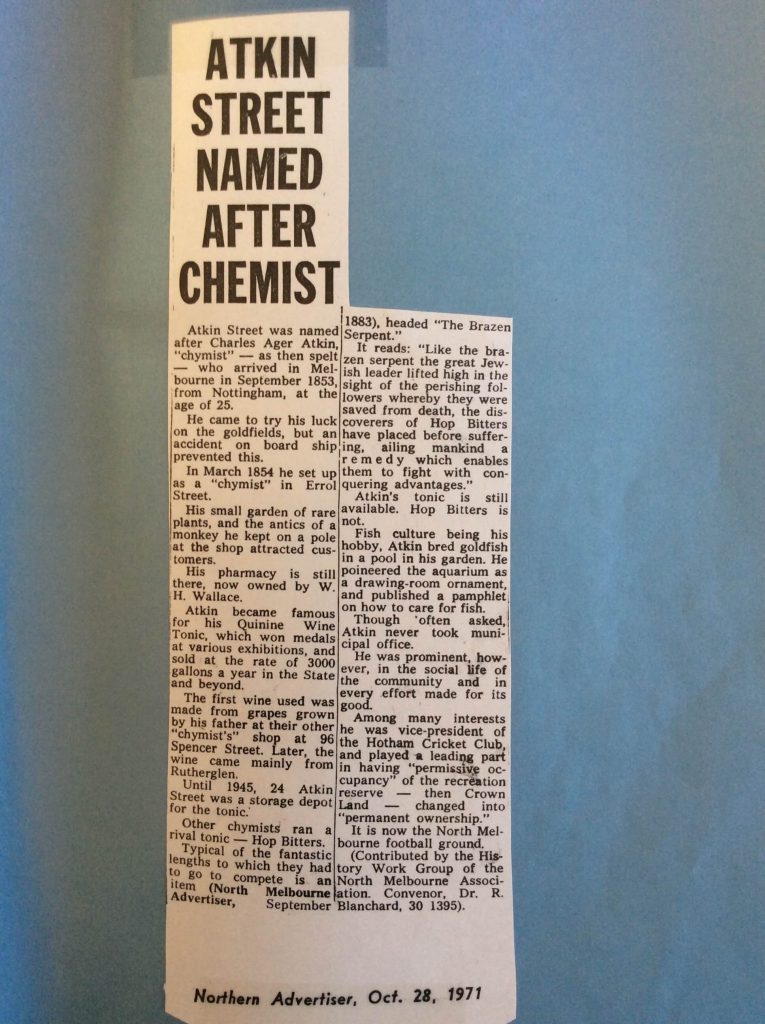 Atkin Street North Melbourne was named after Charles Ager Atkin, “chymist” — as then spelt — who arrived in Melbourne in September 1853, from Nottingham, at the age of 25.

He came to try his luck on the goldfields, but an accident on board the ship prevented this.(1) 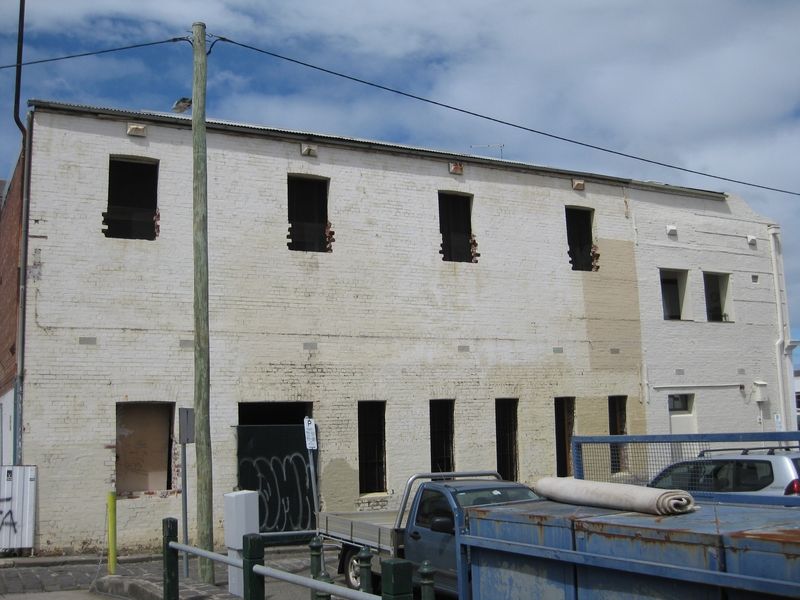