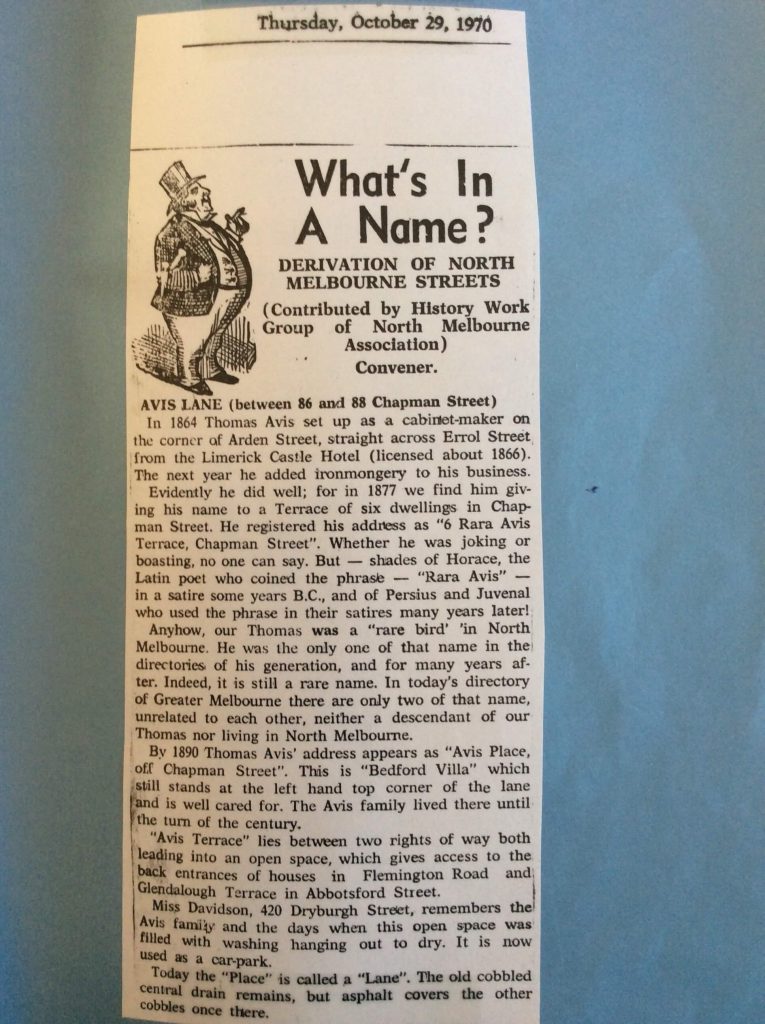 Named after Thomas Avis who in 1864 set up as a cabiniet-maker on the corner of Arden Street, straight across Errol Street from the Limerick Castle Hotel (licensed about 1866).

Miss Davidson, 420 Dryburgh Street, remembers the Avis family and the days when this open space was filled with washing hanging out to dry. It is now used as a car-park.

Today the “Place” is called a “Lane”. The old cobbled central drain remains, but asphalt covers the other cobbles once there.(1) 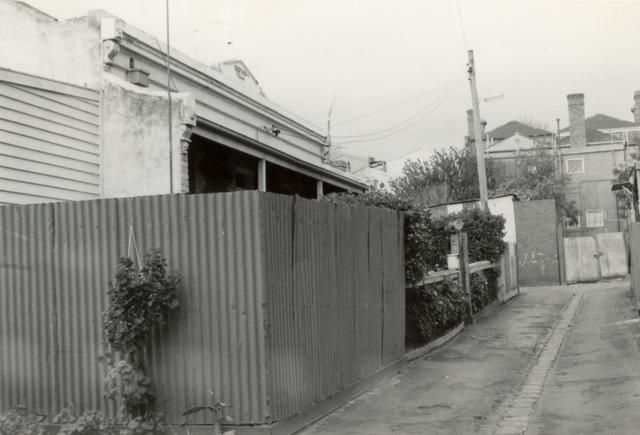