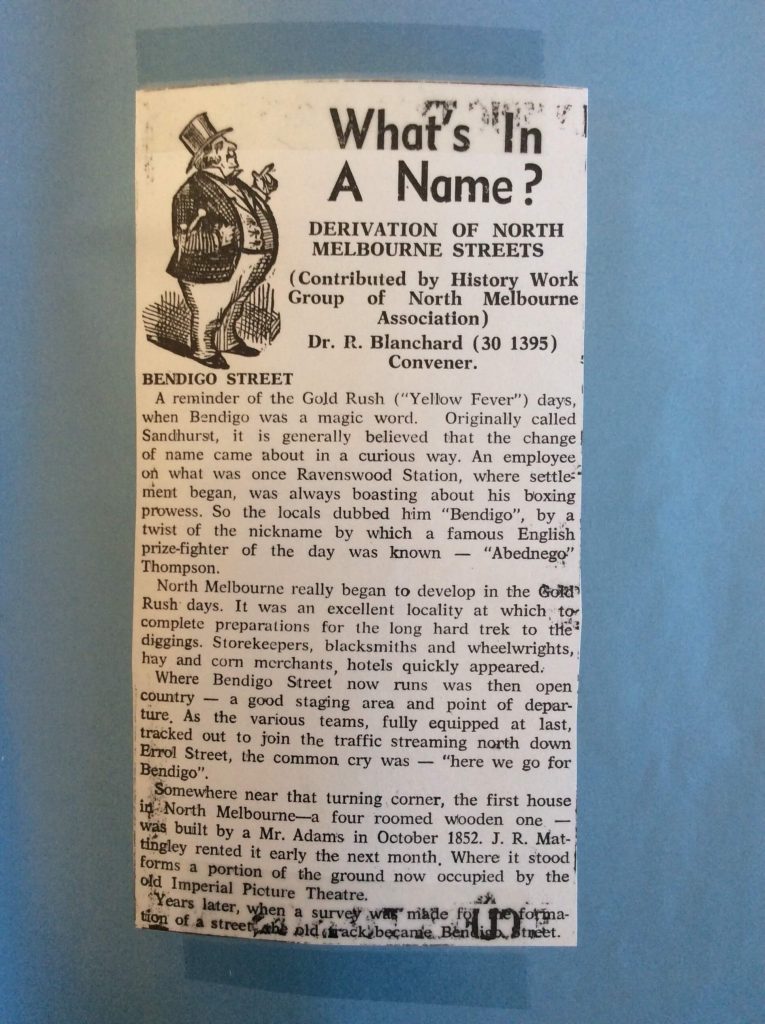 A reminder of the Gold Rush (“Yellow Fever”) days, when Bendigo was a magic word. Originally called Sandhurst, it is generally believed that the change of name came about in a curious way. An employee on what was once Ravenswood Station, where settlement began, was always boasting about his boxing prowess. So the locals dubbed him “Bendigo”, by twist of the nickname by which a famous English prize-fighter of the day was known “Abednegoe” Thompson.

North Melbourne really began to develop in the Gold Rush days. It was an excellent locality at which, to complete preparations for the long hard trek to diggings. Storekeepers, blacksmiths and wheelwrights, hay and corn merchants, hotels quickly appeared.

Where Bendigo Street now runs was then open country — a good staging area and point of departure. As the various teams, fully equipped at last, tracked out to join the traffic streaming north down Errol Street, the common, cry was “here we go for Bendigo”.

Somewhere near that turning corner, the first house in North Melbourne-a four roomed wooden one I was, built by a Mr. Adams in October 1852. J. R. Mattingley rented it early the next month. Where it stood forms a portion of the ground now occupied by the old Imperial Picture Theatre.

Years later, when a survey was made of the formation of a street, the old track became Bendigo Street.(1)