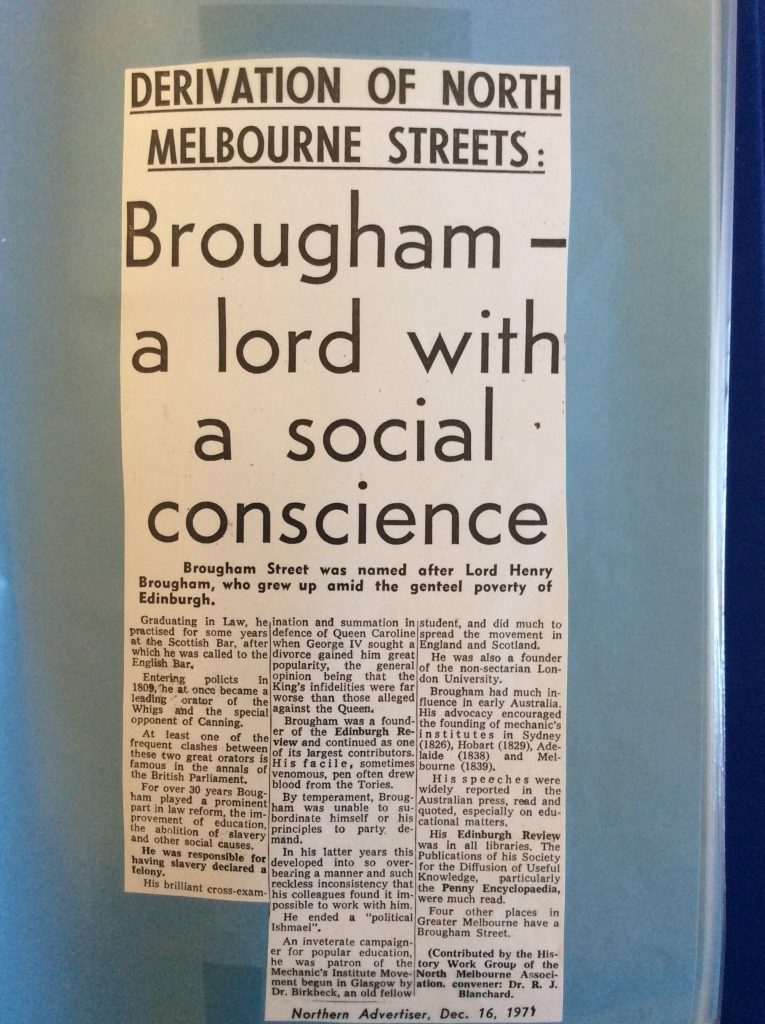 Brougham Street was named after Lord Henry Brougham, who grew up amid the genteel poverty of Edinburgh.

Brougham had much influence in early Australia. His advocacy encouraged the founding of mechanic’s institutes in Sydney (1826), Hobart (1829), Adelaide (1838) and Melbourne (1839).

His speeches were widely reported in the Australian press, read and quoted, especially on educational matters.

His Edinburgh Review was in all libraries. The Publications of his Society for the Diffusion of Useful Knowledge, particularly the Penny Encyclopaedia, were much read.

Four other places in Greater Melbourne have a Brougham Street.(1)