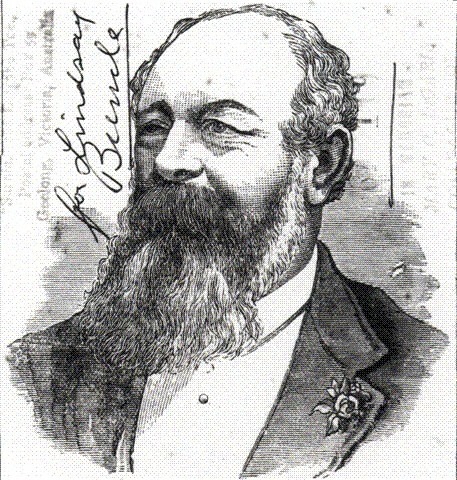 (1)
Born Edinburgh and trained as an engineer. Before migrating John Buncle was chief draftsman and designer at the London and North-Western Railway workshops, Crewe, Cheshire.

He arrived in Melbourne, December 1852 and quickly found work at Langland’s foundry, where he soon became general foreman. During this time, he installed the peal of bells in St. James Old Cathedral.

Before long Buncle set up his own business as pattern-maker, woodturner and carver, sign-writer, general engineer and contractor, with hardware as a side line. From the factory he built in Wreckyn Street North Melbourne, Buncle provided the iron work for several large bridges in Melbourne, including the Johnston Street bridge across the Yarra.

He gradually concentrated on the design and construction of agricultural implements and machinery. “He became a prominent member of that extraordinary group of men whose inventions put Australia in a notable place in the history of the evolution of ‘extensive’ farming techniques in the nineteenth century.”

John Buncle was a public spirited man, being President of the Chamber of Manufacturers, a Commissioner of the Melbourne International. Exhibition in 1880, and the Centennial Exhibition 1888. He was elected as a councillor at the foundation of the Municipality of Hotham (North Melbourne), and served as such for many years, being twice Mayor.

He was a strong supporter of Federation and inter-colonial trade, and served on the Royal Commission into the construction of the Murray River Bridge at Echuca. Buncle Died 26th December 1889.(2)

Obituary.
Death of Mr. John Buncle. — In last Friday’s Argus obituary notices appears the announcement of the death of Mr. John Buncle of Parkside Ironworks, aged 67. Mr. Buncle was probably one of the most widely known men in Victoria in connection with agricultural implements. He was one of the founders of the industry in Melbourne, and amassed considerable wealth from the enhanced profits obtained through the restrictions placed upon the importation of English articles. He died at his residence, Milana, West Brunswick, last Thursday.(4) 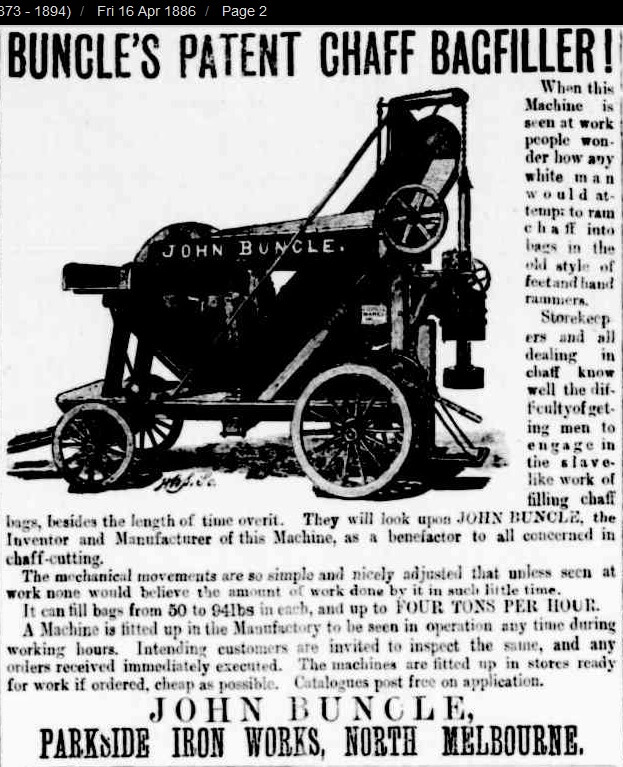