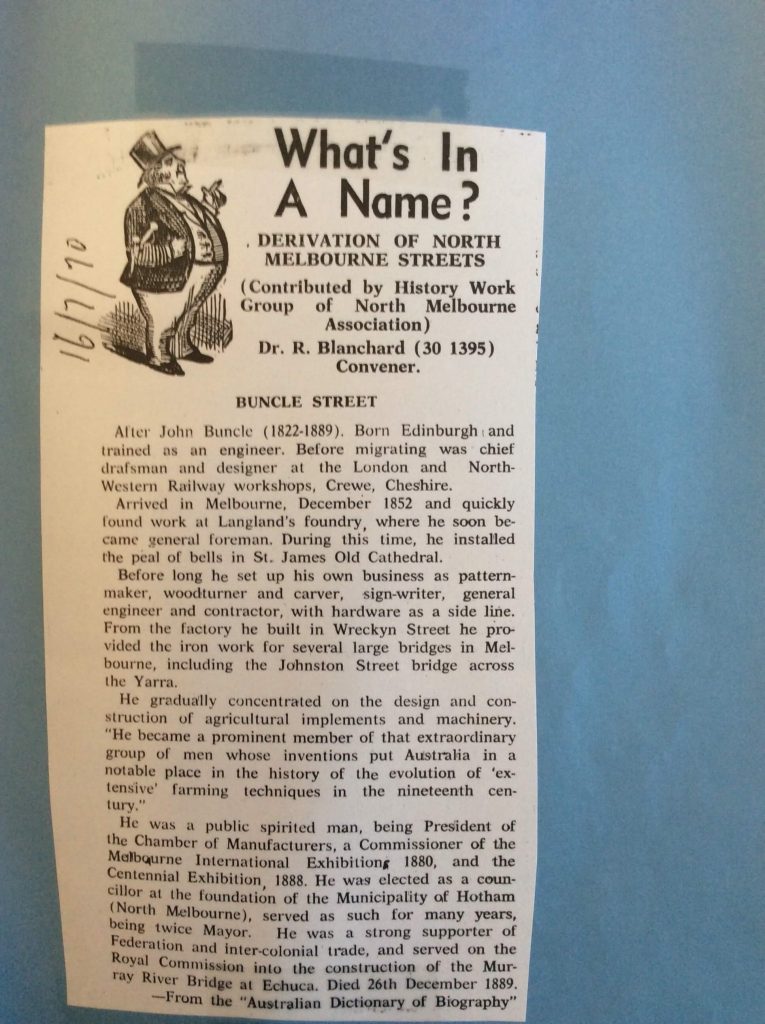 Named after John Buncle (1822-1889). Born Edinburgh and trained as an engineer. Before migrating was chief draftsman and designer at the London and North-Western Railway workshops, Crewe, Cheshire.(1)

Source. (1) Northern Advertise 16/7/1970. Blanchard collection, “What’s in a Name” at North Melbourne Library and from the Australian Dictionary, of Biography. 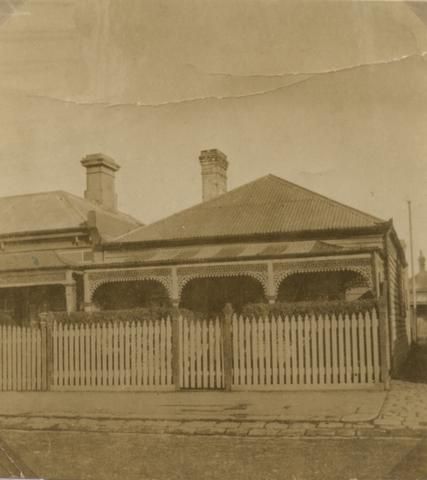