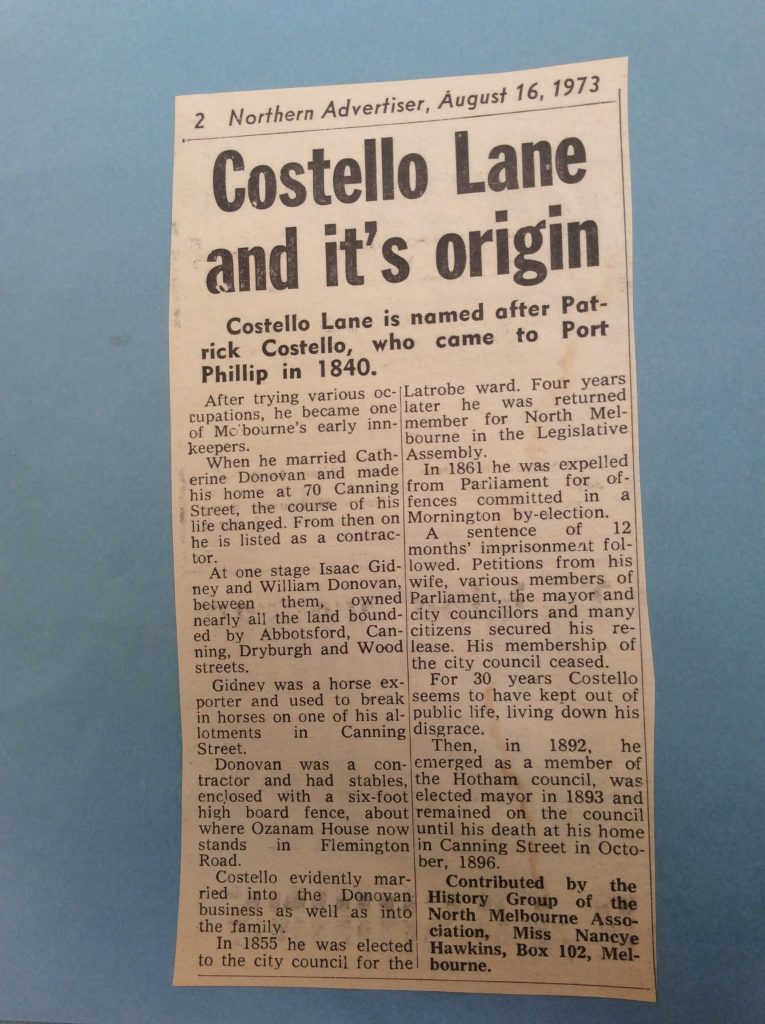 Costello Lane in North Melbourne is named after Patrick Costello, who came to Port Phillip in 1840.

In 1855 he was elected to the city council for the Latrobe ward. Four years later he was returned member for North Melbourne in the Legislative Assembly.

1892, he emerged as a member of the Hotham council, was elected mayor in 1893 and remained on the council until his death at his home in Canning Street in October, 1896.(1)

Source (1) Northern Advertiser, August 16,1973. by Nancye Hawkins from the Blanchard collection, “What’s in a Name” at North Melbourne Library.

Recent research indicates there was no connection between Catherine Donovan, wife of Patrick Costello of Canning Street, and William Donovan of Wood Street, North Melbourne.