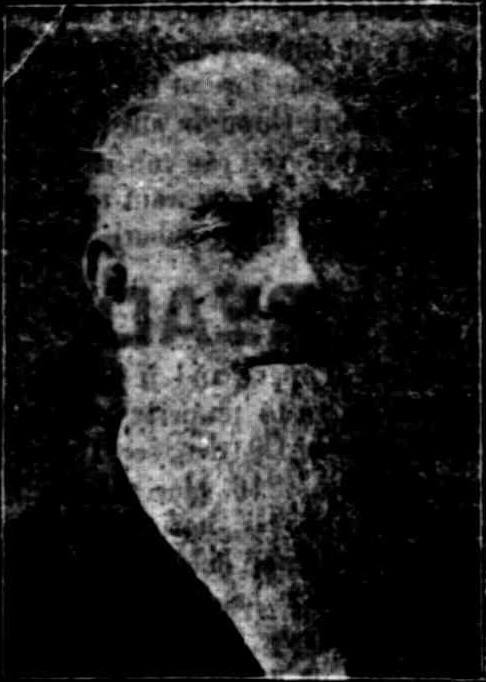 Hugh Gracie, a native of Glen Luce, one of the prettiest villages in Galloway on the west coast of Scotland. After working for a as a journeyman joiner in Liverpool, England, he came out to Brisbane in 1851. Finding wages little, if any, better than at home, he moved into New South Wales, working for 12s.6d. ($1.25) a day.

Hearing that he could do better for himself in Victoria, he came to North Melbourne in January 1853. For a year he worked on wages, 20s. ($2) to 35s. ($3.50) a day. Then he began as a building contractor in a small way. The lure of gold took him off to the diggings, but he had no luck. He settled in Beechworth for a short time, and then returned to North Melbourne.

In 1860 he caught the “yellow fever” again and joined the rush to the New Zealand goldfields, where he struggled on for two years without luck. He returned to North Melbourne, to remain there for the rest of his life. His contracting business prospered so well that, in 1870, he was able to buy Lee’s timber yard on the corner of Victoria and Chetwvnd streets, North Melbourne.

When, in 1887, a numerous and influential body of ratepayers petitioned him to stand for the council, he was returned by a large majority. He was elected mayor in 1889 and again in 1890. His lavish hospitality in entertaining the rate-payers at a reception and ball each year of his office was long remembered.

Hugh Gracie was a consistent and generous member of the Presbyterian Church in Curzon Street North Melbourne, a practicing mason and a good citizen. His integrity and kindly disposition won him the honor, trust and good will of the community.  This sterling type of self-made man and his flourishing business have gone, but his name lives on in Gracie Street.(1) 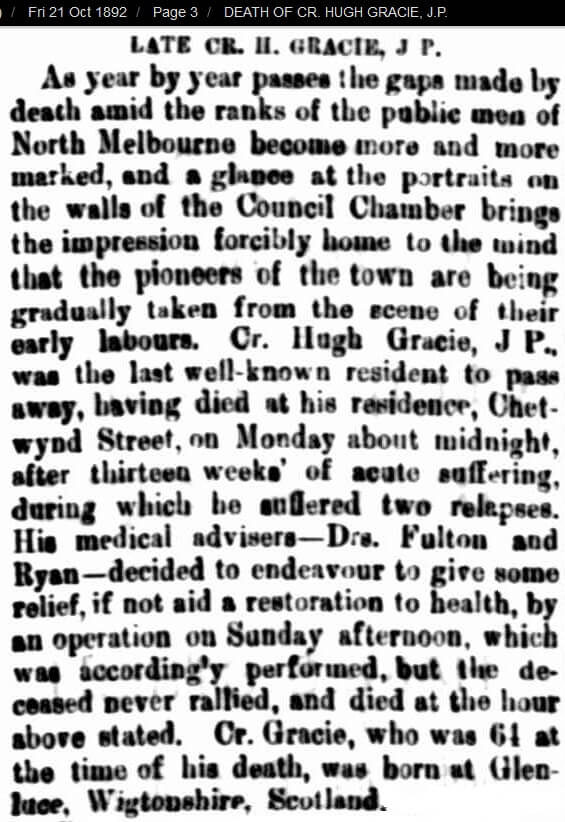