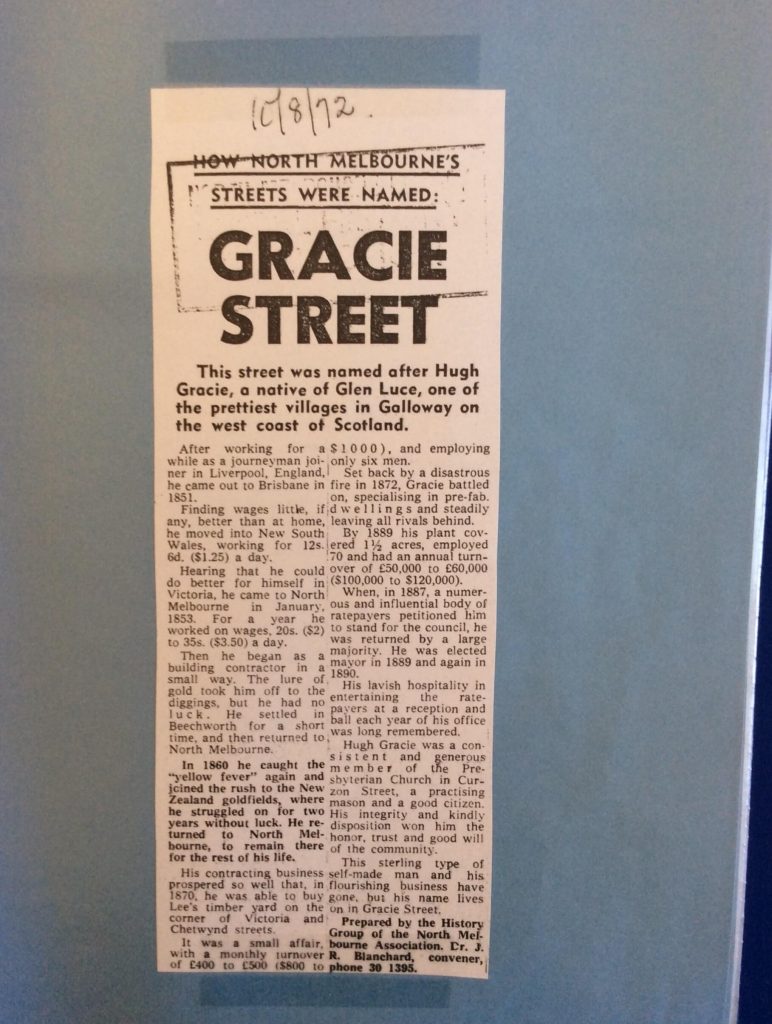 This street was named after Hugh Gracie, a native of Glen Luce, one of the prettiest villages in Galloway on the west coast of Scotland.

In 1887, a numerous and influential body of ratepayers petitioned him to stand for the council, he was returned by a large majority. He was elected Lord Mayor for North Melbourne in 1889 and again in 1890.

His lavish hospitality in entertaining the rate-payers at a reception and ball each year of his office was long remembered.

Hugh Gracie was a consistent and generous member of the Presbyterian Church in Curzon Street North Melbourne, a practicing mason and a good citizen. His integrity and kindly disposition won him the honor, trust and good will of the community.

This sterling type of self-made man and his flourishing business have gone, but his name lives on in Gracie Street.(1)