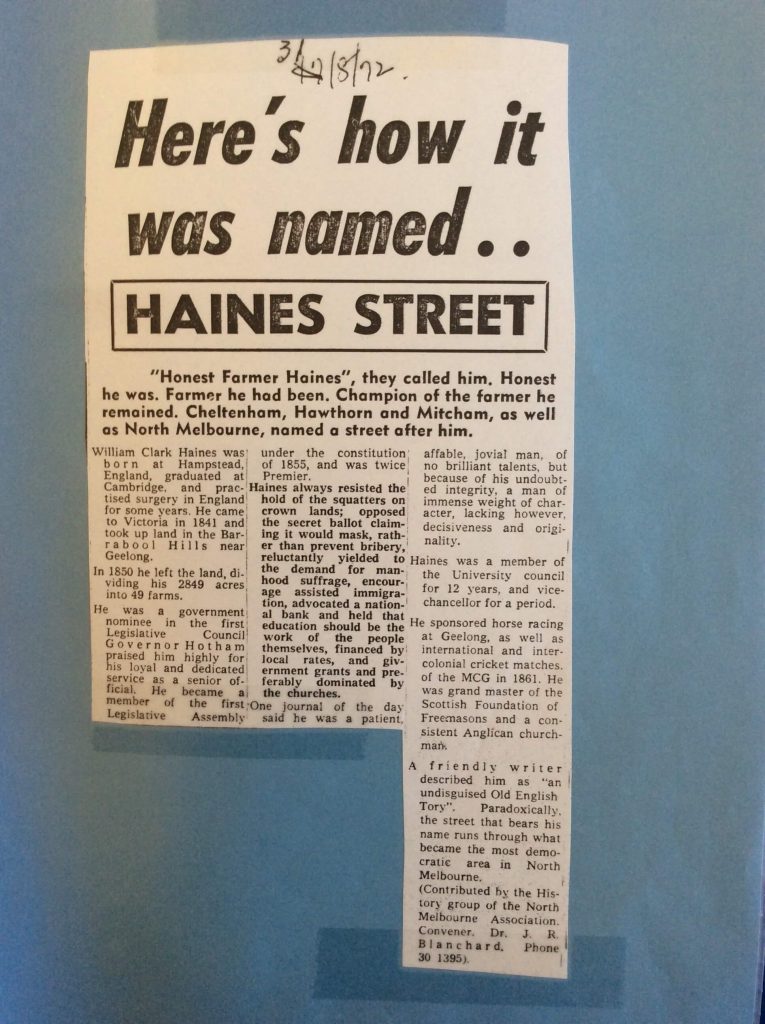 Named after “Honest Farmer Haines”, they called him. Honest he was. Farmer he had been. Champion of the farmer he remained. Cheltenham, Hawthorn and Mitcham, as well as North Melbourne, named a street after him.

William Clark Haines was born at Hampstead, England, graduated at Cambridge, and practiced surgery in England for some years. He came to Victoria in 1841 and took up land in the Barrabool Hills near Geelong.

A friendly writer described him as “an undisguised Old English Tory”. Paradoxically, the street that bears his name runs through what became the most democratic area in North Melbourne.(1)