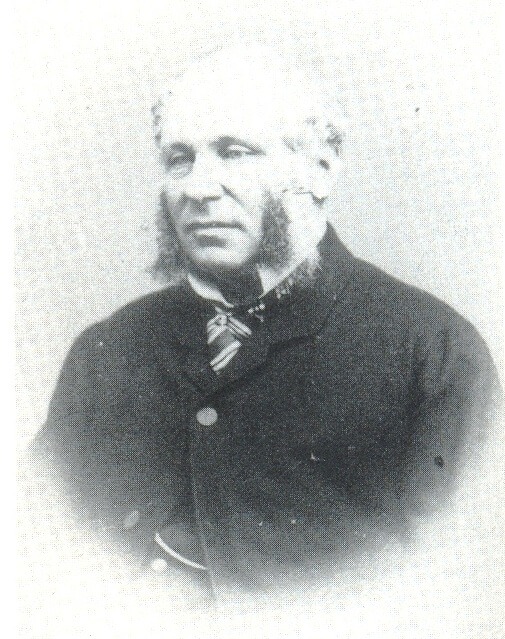 William Clark Haines [first Chief secretary (Premier) of Victoria] was born at Hampstead, England, graduated at Cambridge, and practiced surgery in England for some years. He came to Victoria in 1841 and took up land in the Barrabool Hills near Geelong.

Haines always resisted the hold of the squatters on crown lands; opposed the secret ballot claiming it would mask, rather than prevent bribery, reluctantly yielded to the demand for manhood suffrage, encourage assisted immigration, advocated a national bank and held that education should be the work of the people themselves, financed by local rates, and government grants and preferably dominated by the churches.

One journal of the day said he was a patient, affable, jovial man, of no brilliant talents, but because of his undoubted integrity, a man of immense weight of character, lacking however, decisiveness and originality.

Haines was a member of Melbourne University council for 12 years, and vice-chancellor for a period.

He sponsored horse racing at Geelong, as well as international and inter-colonial cricket matches of the MCC:, in 1861. He was grand master of the Scottish Foundation of Freemasons and a consistent Anglican church-man.

“Honest Farmer Haines”, they called him. Honest he was. Farmer he had been. Champion of the farmer he remained. Cheltenham, Hawthorn and Mitcham, as well as North Melbourne, named a street after him.

A friendly writer described him as “an undisguised Old English Tory”. Paradoxically, Haines street runs through what became the most democratic area in North Melbourne.(2) 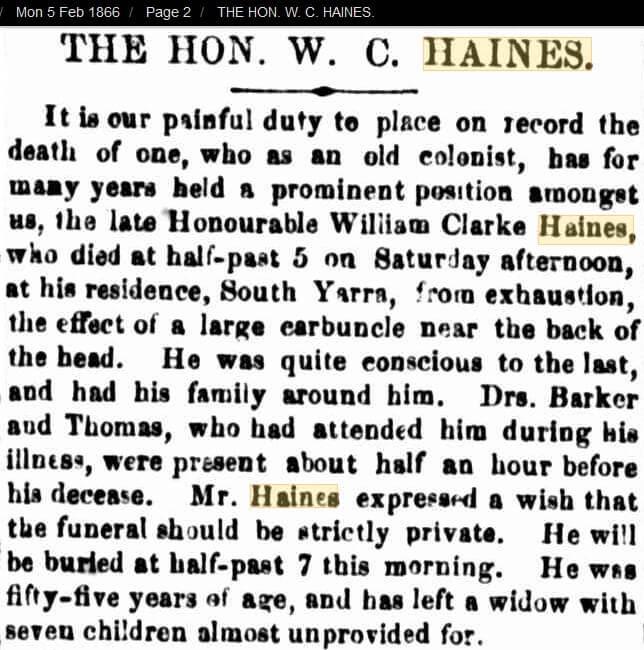