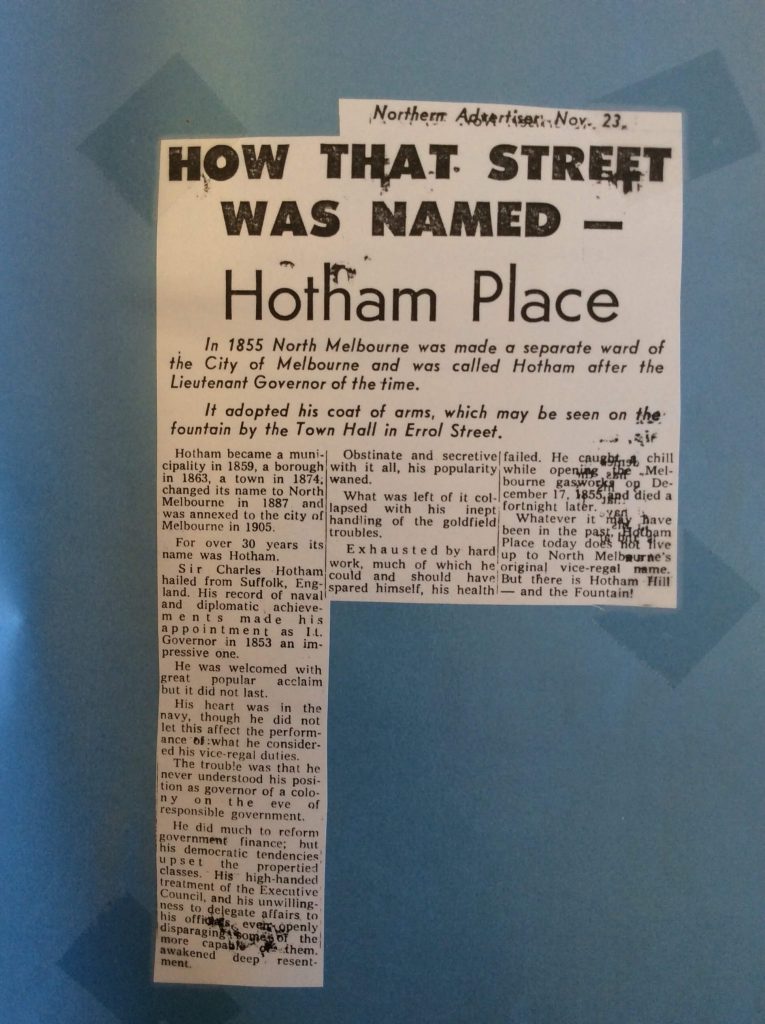 In 1855 North Melbourne was made a separate ward of the City of Melbourne and was called Hotham after the Lieutenant Governor of the time.

It adopted his coat of arms, which may be seen on the fountain by Town Hall in Errol Street.

Sir Charles Hotham hailed from Suffolk, England. His record of naval and diplomatic achievements made his appointment as Lt. Governor in 1853 an impressive one. He was welcomed with great popular acclaim but it did not last.

Whatever it may have been in the past, Hotham Place today does not have to live up to North Melbourne’s original vice-regal name. But there is Hotham Hill — and the Fountain.(1)