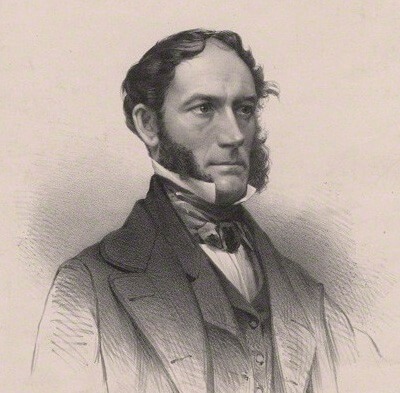 Sir Charles Hotham hailed from Suffolk, England. His record of naval and diplomatic achievements made his appointment as Lt. Governor in 1853 an impressive one. He was welcomed with great popular acclaim but it did not last.

His heart was in the navy, though he did not let this affect the performance of what he considered his vice-regal duties.

The trouble was that he never understood his position as governor of a colony on the eve of responsible government.

He did much to reform government finance; but his democratic tendencies, upset the propertied classes. His high-handed treatment of the Executive Council, and his unwillingness to delegate affairs to officials even openly disparaging some of the more capable of them, awakened deep resentment. Obstinate and secretive with it all, his popularity waned. What was left of it collapsed with his inept handling of the goldfield troubles.

Exhausted by hard work, much of which he could and should have spared himself, his health failed. He caught a chill while opening the Melbourne Gasworks on December 17, 1855 and died a fortnight later.(2)

Hotham Place North Melbourne was named in his honor. 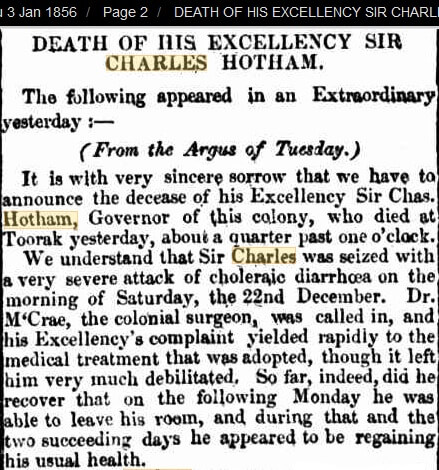