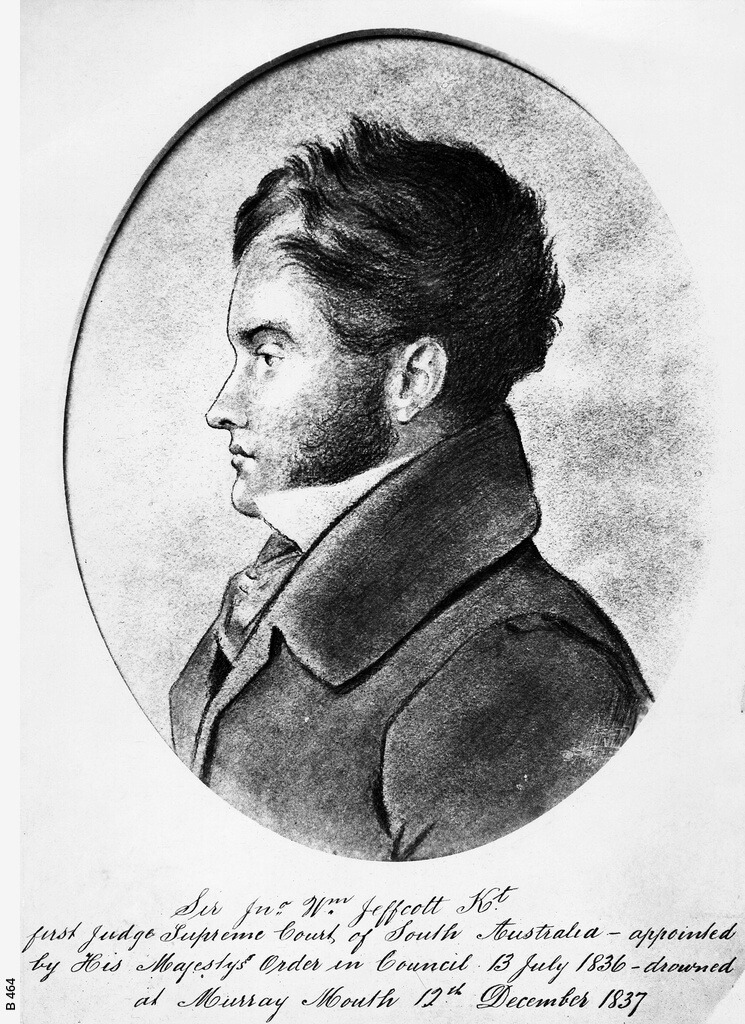 Born in Ireland and educated at Trinity College, Dublin (B.A., 1825),. Jeffcott was called to the Irish Bar in 1828, practicing as a barrister in Dublin for many years before he came to Australia.

Upon his arrival in Sydney in 1843, he was appointed judge of the Supreme Court at Port Phillip at a salary of £1500.

Jeffcott succeeded John Willis, who was removed from office by the then Governor of Victoria, Sir George Gipps.

As a judge Jeffcott proved successful and popular, and was described as bland in his manners, good-tempered, firm, impartial and methodical.

‘He was a vast improvement upon the gentleman he succeeded, and the Court business was no longer a series of gratuitous farces for public amusement. From a bear-garden, it became a decent, well-behaved place’. Willis having appealed to the Privy Council against his removal from office, in December 1844 Jeffcott insisted upon resigning because of conscientious scruples, not shared by anyone else, that his appointment as judge might turn out to have been invalid if Willis’s appeal should be upheld.

William Jeffcott left Melbourne in February 1845 and returned to Ireland, where he resumed practice as a barrister at Dublin.(1)

Jeffcott Street West Melbourne was named in his honor. 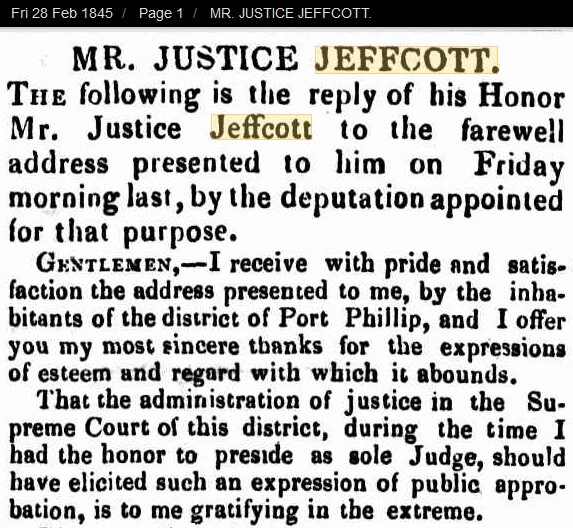