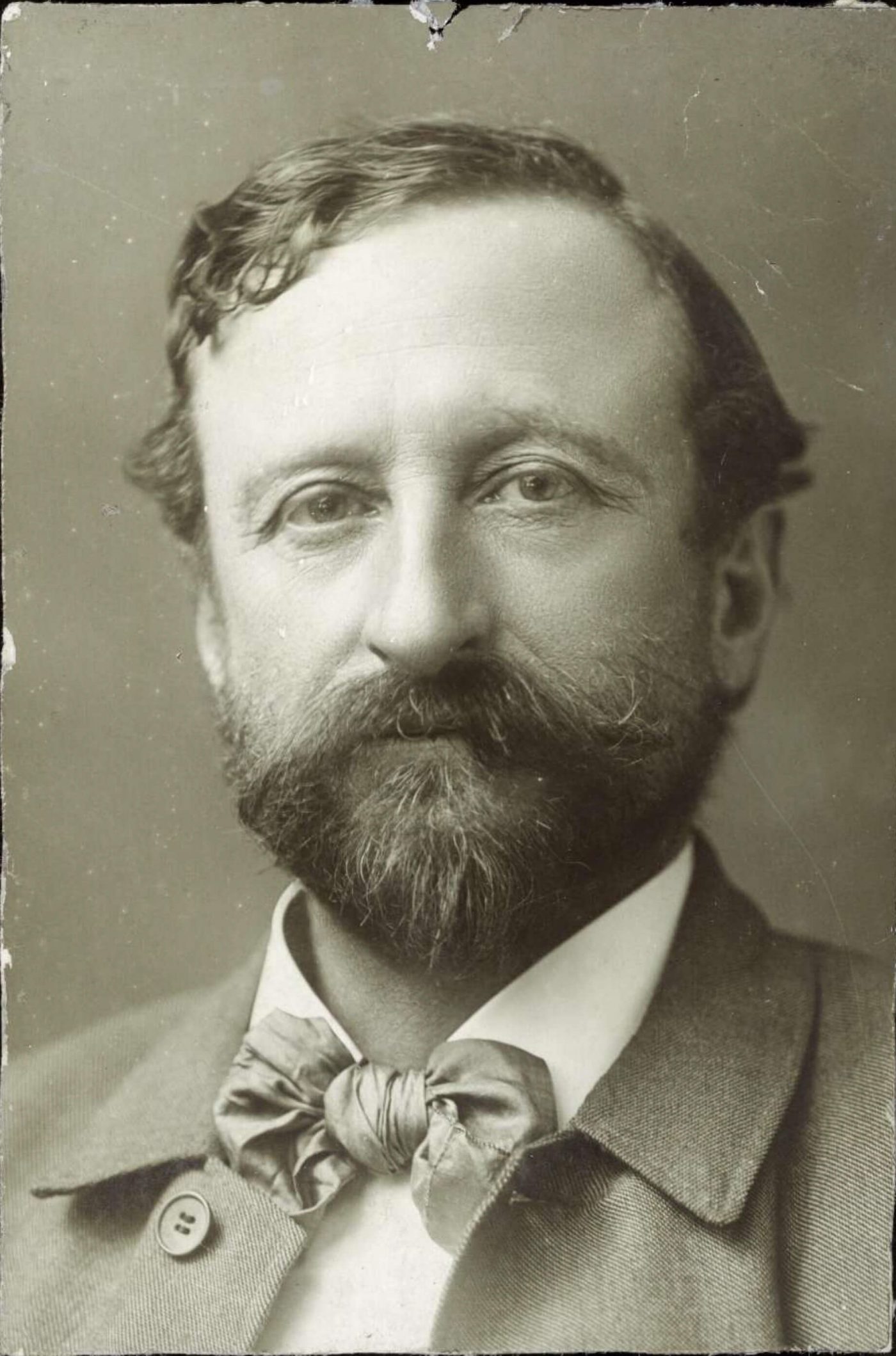 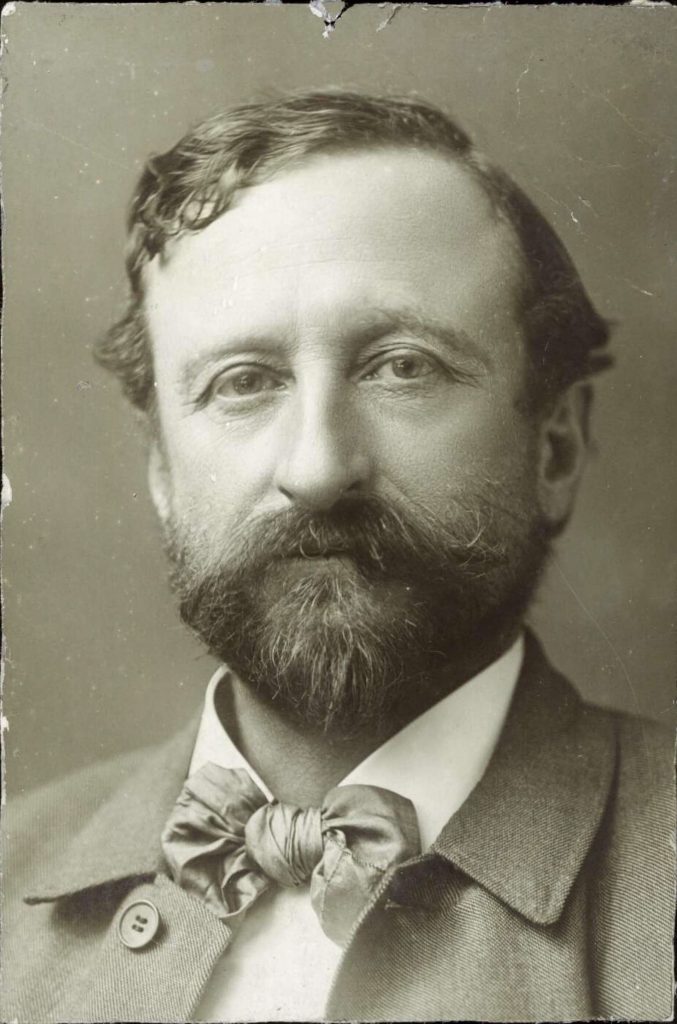 William Robert Maloney (1854-1940), humanitarian and politician, was born on 12 April 1854 at 57 Roden Street West Melbourne, son of Jane Maloney, née Dowling, then and later being supported by her brother-in-law W. J. T. ‘Big’ Clarke. Jane had married Denis Maloney in Sydney in 1847 and they later joined the Californian gold rush. Maloney was entered in the baptismal register as William’s father, but he and Jane had parted. Many people came to assume that Clarke was the father and he provided for the boy in his will.

William attended a primary school in West Melbourne and the Errol Street National School. After a year in New Zealand he joined the Colonial Bank of Australia, left to spend a year or more at Scotch College, then rejoined the bank. At the Turn Verein he became an accomplished gymnast and was introduced to socialist ideas by German migrants. About 1874 he and his mother took up a selection at Longwarry, Gippsland, and over several years cleared 100 acres (40 ha).

Returning to Melbourne, Maloney attended night-school, matriculated, and in 1880 began a medical course at St Mary’s Hospital, London (L.S.A., M.R.C.S., 1885). He became resident obstetric physician at St Mary’s and later house surgeon at the Lock Hospital; London’s poverty horrified him. He spent much time in Paris and in 1883 joined Tom Roberts and J. P. Russell on a walking tour in France and Spain; throughout his life he enjoyed associating with artists. Russell painted a fine portrait of him, now in the National Gallery of Victoria. Maloney adopted a Bohemian style: cream silk suit, red or yellow tie or bow-tie, panama hat, waxed mustache and goatee beard. He continued to travel widely all his life, eventually to Russia when 83.

He returned to Australia in 1887 and took a medical post on a Western Australian railway-construction works. Settling in North Melbourne next year he opened a general practice, and in March 1889 he was elected to the Legislative Assembly for West Melbourne on behalf of the Workingmen’s Political League, largely on the railwaymen’s vote. Thus he began his fifty-one-year stint as a Labor parliamentarian. Partly bound by the Trades Hall Council’s program, Maloney added woman’s suffrage, old-age and invalid pensions and republicanism. That year he introduced reputedly the first bill in the Empire for woman’s suffrage; in 1908, when the Victorian parliament belatedly complied, 20,000 women signed an address of gratitude to him. 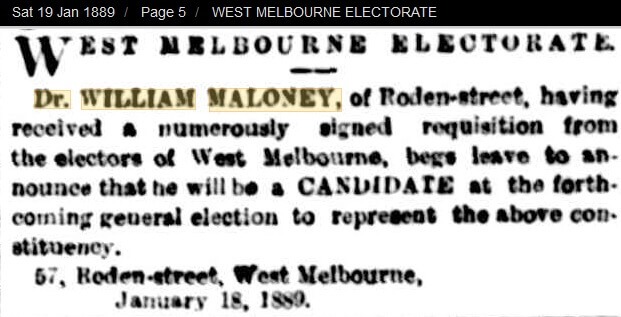 He continued his fund-raising and his care for children, the aged, the unemployed and returned soldiers; he was president of the League of Child Helpers and, in the Depression, of the Melbourne Unemployed Committee. He gave away much of his income.

In 1935 he made a film, as an appeal for milk for crèches and free kindergartens. About one thousand people of diverse backgrounds attended the eightieth birthday celebration in the town hall of one of Melbourne’s best-loved citizens.

In 1940 Maloney led the eight-hour day procession as the senior Labor pioneer. He died on 29 August that year and, after a state funeral, was cremated.(1)