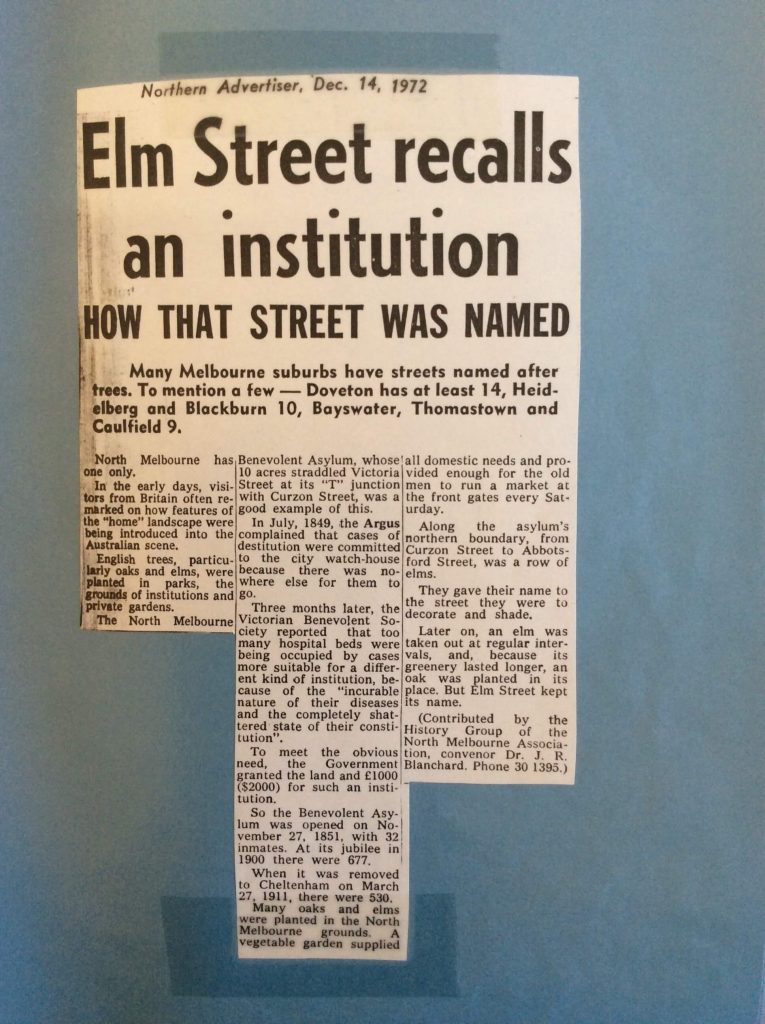 Many Melbourne suburbs have streets named after trees. To mention a few — Doveton has at least 14, Heidelberg and Blackburn 10, Bayswater, Thomastown and Caulfield 9.

North Melbourne has one only.

In the early days, visitors from Britain often remarked on how features of the “home” landscape were being introduced into the Australian scene.

English trees, particularly oaks and elms, were planted in parks, the grounds of institutions and private gardens.

The North Melbourne Benevolent Asylum, whose 10 acres straddled Victoria Street at its “T” junction with Curzon Street, was a good example of this.

In July, 1849, the Argus complained that cases of destitution were committed to the city watch-house because there was no-where else for them to go.

Three months later, the Victorian Benevolent Society reported that too many hospital beds were being occupied by cases more suitable for a different kind of institution, because of the “incurable nature of their diseases and the completely shattered state of their constitution”.

To meet the obvious need, the Government granted the land and £1000 ($2000) for such an institution.

Many oaks and elms were planted in the North Melbourne grounds. A vegetable garden supplied all domestic needs and provided enough for the old men to run a market at the front gates every Saturday.

Along the asylum’s northern boundary, from Curzon Street to Abbotsford Street, was a row of elms.

They gave their name to the street they were to decorate and shade.

Later on, an elm was taken out at regular intervals, and, because its greenery lasted longer, an oak was planted in its place. But Elm Street kept its name.(1) 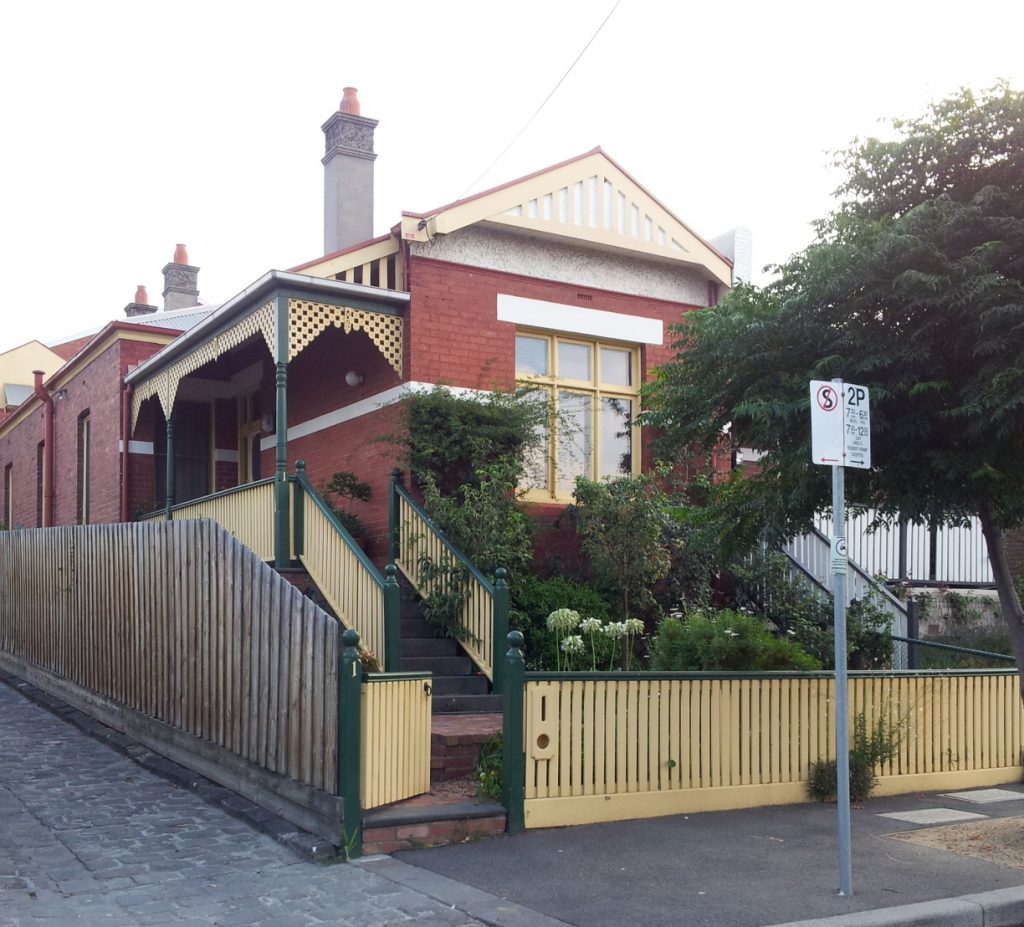 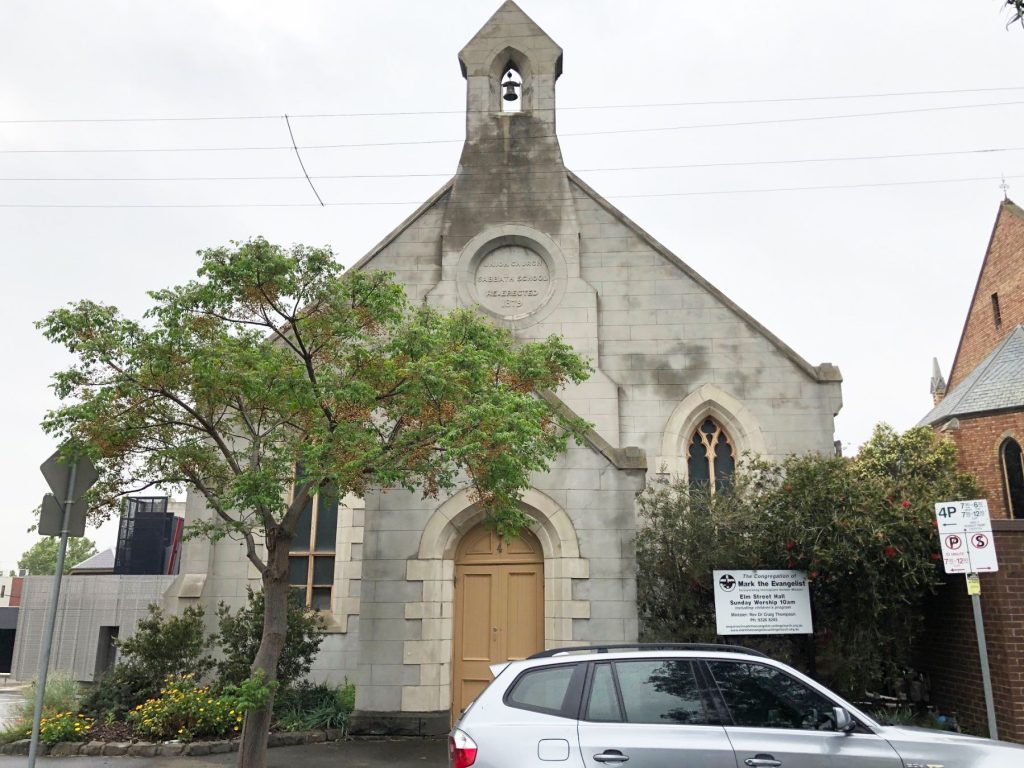